One student discovered in his school toilet a mysterious secret passage in the wall, which he videotaped and showed everyone else.

One Honduran student shocked netizens when he posted a video from his school toilet. Eduardo Melendez posted a video on his @ sr.kingeduar TikTok page showing a secret passage in a school toilet. The video itself is 10 seconds long. At the beginning of the video, the author left the comment “this is what I found in the school toilet.” In the video, a student enters one of the stalls and sees a hole in the wall next to the toilet. When the student comes closer to her, you will notice that there is a piece of paper in the wall with the words “come in” and an arrow pointing to the left. 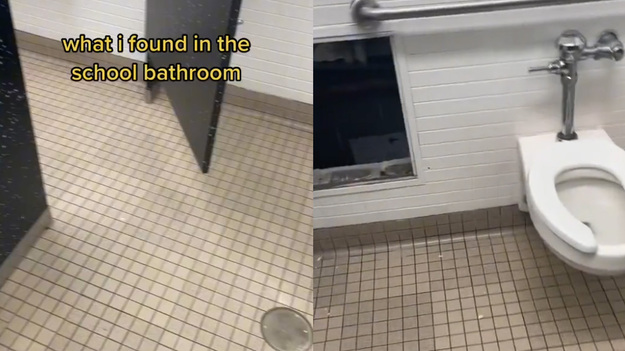 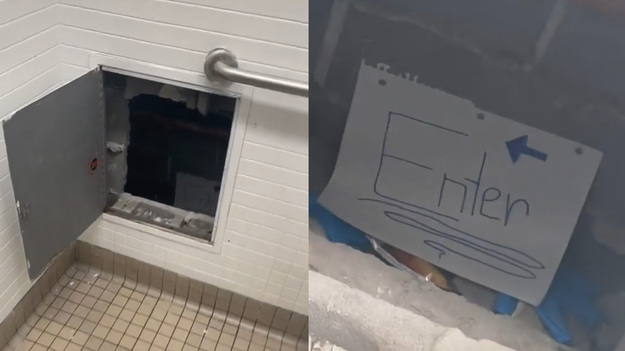 Netizens who have already seen the new video of a student under the nickname @ sr.kingeduar reacted to it differently. Some were impressed by the toilet itself, as well as its huge cubicles, while the attention of others was attracted by the hole in the wall. These spectators suggested that one of the students decided to escape from prison in this way, making a passage in the wall. Others warned the author not to climb into the secret passage, while some, on the contrary, invited him to see what was there. The schoolboy listened to the second group of users and posted another video. On it, he nevertheless looked inside the hole, where he saw only darkness. Netizens, in turn, began to build eerie theories about what this hole could have been made for. Some, in turn, admitted that they saw someone’s faces and hands in the dark.

The first video, in which a schoolboy showed a secret passage in a school toilet, turned out to be very popular on the network and has already collected over 2.4 million views.