The roots of prop hunt stem from Garry’s Mod mode for Counter Strike: Source. As was the case with MOBA or Battle Royale, the idea of ​​an independent programmer (his callsign is andrewtheis) formed the basis of an entire subgenre, and for almost ten years it has borne modest fruits: from hide-and-seek modes to online shooters (Call of Duty, Fortnite) , to full-fledged games (Prop Hunt, Witch It).

Participants in the prop hunt competitions are divided into two camps: some usually act out as armed hunters, others run away from them or hide, turning into inanimate objects of the environment, like mimics in Prey. 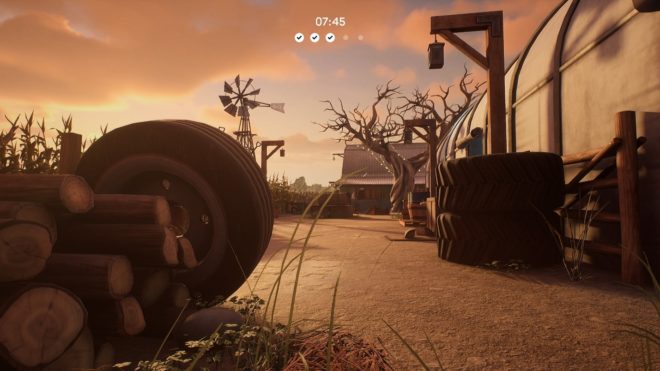 Fntastic changed the formula a little, borrowing core mechanics for prop hunt from another popular game – the asymmetric horror Dead by Daylight. In Propnight, there is only one hunter (aka a maniac), there are four survivors (hereinafter we will call them that). To win, the pursuer needs to catch them all, and the pursued need to escape from the level in the allotted time.

The timer is a very important element of Propnight’s gameplay. If the speed of DBD is influenced by the quickness of the maniac, who sooner or later will find and eliminate all opponents if they do not fulfill the conditions of the match, then try to find a prop. 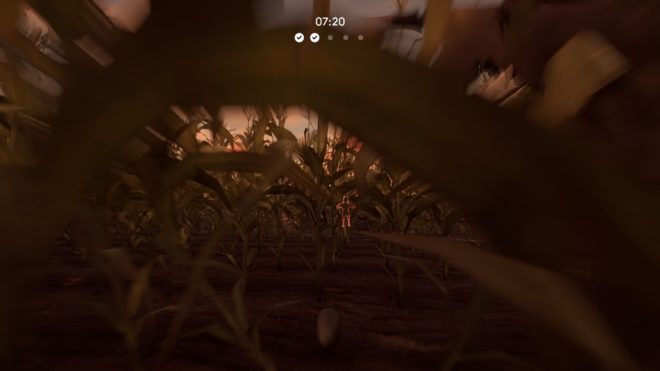 Seven minutes are allotted for one match, but additional seconds are charged for saving a friend and repairing prop cars (such an analogue of generators). This is how Propnight tries to reward active players.

As in DBD, survivors need to repair five cars in the allotted time, performing reaction checks so as not to attract the attention of the maniac, who (again, as in DBD) must find them, injure and carry each one to the Hypnostulus (analogue of the hook) three times. The survivors see the auras of the comrades sitting on the chairs and can rescue them, the maniacs see the auras of the prop machines. 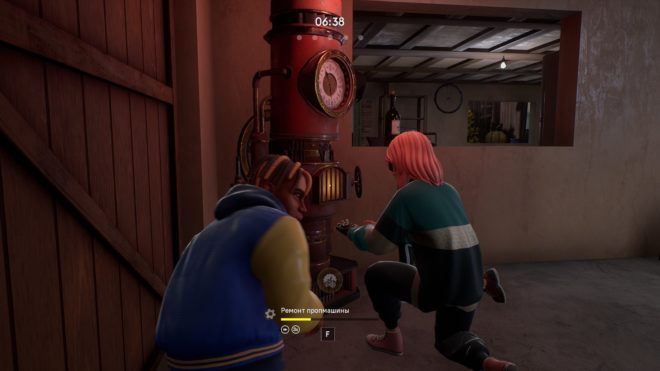 Unlike DBD, heroes (and maniacs too) can jump, but cannot crouch, and everyone plays in a first-person perspective. For survivors, the camera moves away only at the moment the prop-machine is repaired and when they take the form of some object. As a prop, the survivor gets a double jump, and physics determines his mobility – if he is, for example, a round cabbage, he will roll, and if the box – slide or waddle.

Players can instantly transform into almost any object within reach – from a huge haystack to a tiny pebble – and remain in that form until they decide to interact with their surroundings. Depending on the size, shape-shifters take on the weight and density of the object of transformation: it is more difficult for a maniac to break a bulky steel canister than, say, to break a glass bottle, but it will be somewhat difficult to escape in this form. 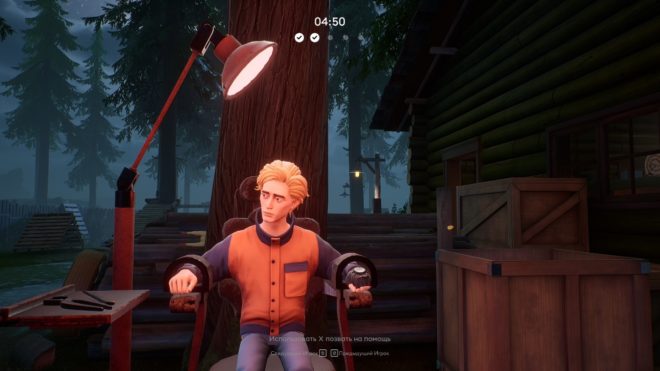 Window openings will no longer save you from the pursuer, but it can be delayed by slamming doors or stunned by a prop that dares to fall on the maniac’s head. Prop-coins are scattered across the levels, and the game gives out some more of them for the progress of car repairs and other activities.

Propnight also has chests. They open instantly and for these same coins. Energy can be caught inside for a sprint (in human form, survivors spend stamina on running), a disposable camera or can of exploding liquid to blind the maniac, antibiotics to restore health, a book for temporary invisibility, and so on. 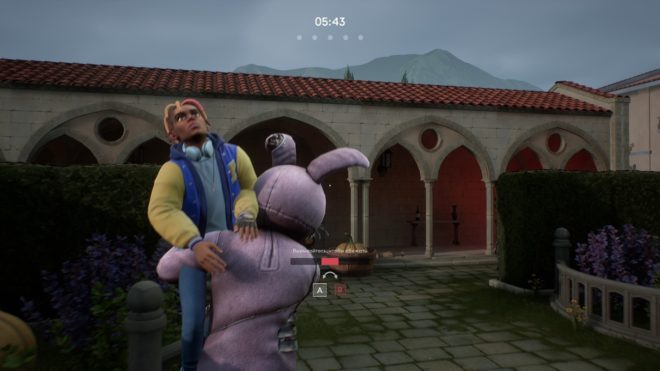 There are only five survivors in the game now. All are teenage high school students who differ from each other only in appearance and voice acting. There are also five maniacs, each with three unique powers and a common “hunt” modifier familiar to DBD players, which increases the speed of the maniac during prolonged pursuit.

The Banshee looks like the nun from The Conjuring, curses the prop cars and flies; crumpled Granny wields throwing knives and becomes invisible (which is actually perfectly visible); Igor dressed up as a rabbit-size puppet runs after the victims with a chainsaw; Akasha, who resembles Dimitrescu’s daughter, can turn into shadows and attack in the area, and Imposter (the most unusual maniac in the game) can become a prop or pretend to be one of the survivors. 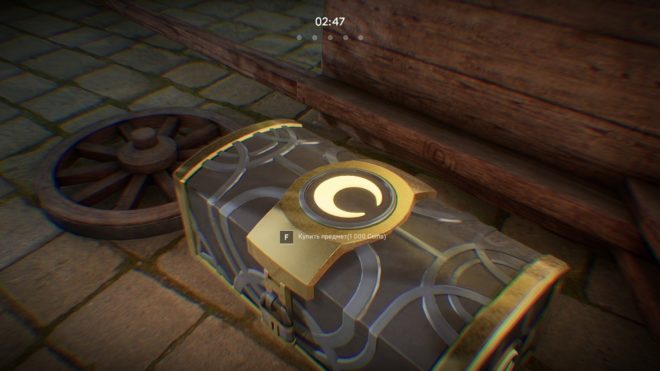 Maniacs have a small radius of terror (the heartbeat quickens when a villain is nearby), but in Propnight it is completely useless, since the levels in the game are significantly less than the locations from DBD, and if you heard terror, most likely the pursuer is already a few meters away from you.

With a fortunate coincidence (if the maniac does not languish over the victim seated on a chair, and the team of players is really engaged in repairing prop cars), because of the compact levels, you will have to play catch-up all the time: the survivors – on the go, reincarnate to deceive the pursuer, the maniacs – to train cunning and vigilance. 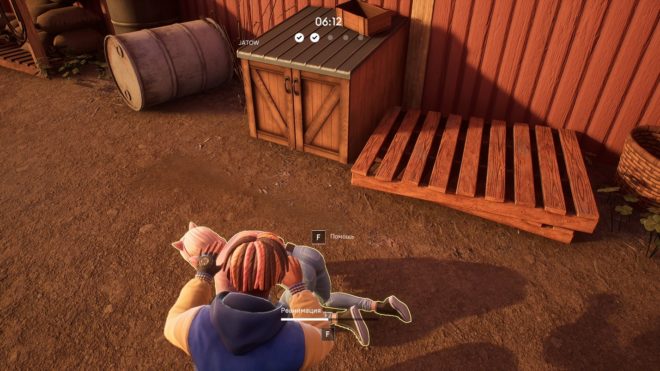 But even in the best case scenario, Propnight will quickly become boring after the first ten races. Fntastic admitted in one of the posts that they invested a lot of energy in the brainchild, and for some members of the Propnight team it was the very first game. And here one cannot but agree, looking at the magnificent animated look of the project, its physics, animations and even excellent optimization.

And the sadder is that behind the attractive wrapper so far very mediocre content is hidden. Taking the DBD core as a basis, igrodels did not work out such points as account progression, the system of rewarding and punishing players, and the training system for beginners by the release. All the heroes and maniacs in Propnight are just beautiful figures with no backstory, and everything that happens is not substantiated in any way. 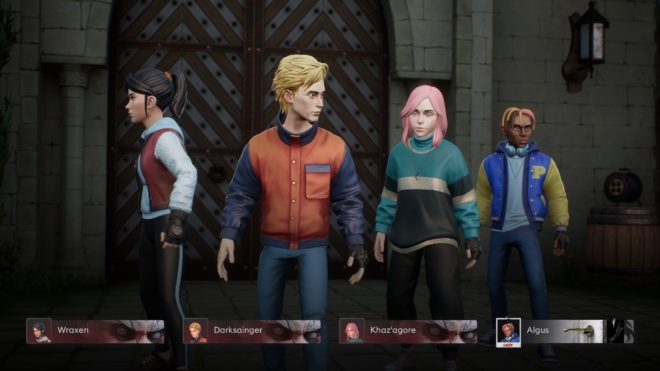 In Dead by Daylight, regulars collect pages with additional lore, complete challenging compendium quests, subscribe for collectible customization items, and try their best in matches that reward them with blood points needed to develop characters and maniacs, buy consumables and gifts.

Looking back at the work of Behavior Interactive, the Yakut company for some reason overlooked the most important factor influencing the maintenance of the player’s interest today. Playing for the sake of playing is not a very profitable scheme for paid, session (albeit family-friendly) projects. When the sides are not motivated to win, and the heroes do not develop in any way, team play with random randomness risks turning into a waste of time, and some of Fntastic’s decisions only exacerbate this impression. 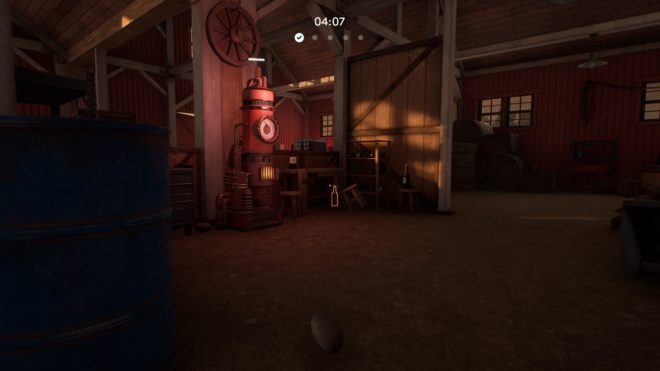 For example, a Propnight match played against the survivors is usually delayed until the timer expires completely. Since the last survivor cannot be prompted by anything to repair the prop cars, and his teammates cannot leave the match, as the game threatens to fine them. The deceased comrades are forced to watch the rest of the time as their negligent partner is hiding in the bushes in the shape of an ear of corn, and the maniac wanders around the map senselessly.

Similar situations happen just during a match. The player can leave at any time, leaving his comrades to fend for themselves, he can leave the lobby and the system, instead of picking up a new participant, will throw out everyone else. And the player can also turn into a box, lie on a shelf and just blow up the gas during the whole match (the game has a system of messages with voice emotions, and guess which of the nine options is most popular?). If such “freedom of choice of actions” seems funny to Fntastic, then I see it as a strong omission. 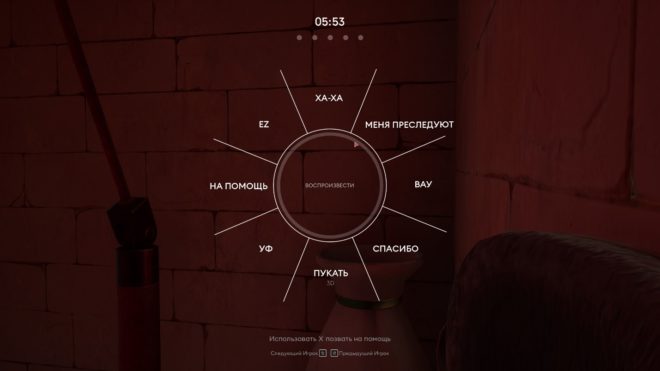 In a post-release letter, the game makers promised that the progression would be delivered. Already, we are gaining experience at the end of the match, which has not yet been bolted to anything. However, judging by what can be seen in the customization section, this will only result in the prospect of getting new, not too original skins for survivors (and so far only for them), banners, slogans and avatar frames.

In principle, it is clear what audience Fntastic is counting on. Most likely, players from projects like Among Us and toxic characters from other games with stricter rules will catch up here. Since there is basically no blood and violence here, Propnight can be recommended to companies of schoolmates who are eager for fun joint adventures, or a family game, but without a competent progression, experienced hide-and-seek lovers are unlikely to stay here for a long time.

It is clear that this is another test of the pen for Fntastic before the publication of its promising The Day Before, but I really want to believe that the latter will be thought out much better than Propnight for the release.

However, as you may remember, Dead by Daylight was also not built immediately and it took years to refine it. Propnight has a good base and a very nice look, and the mixture of genres can be called successful. It remains only to take an example from older projects and add to the game everything you need to maintain the interest of the community.

No fines or rewards

No plot and backstories for characters

There is no development system