Skip to content
Home » The Suffering Story of Payday: Crime War or Why Men Cry Too

PopReach publisher has launched the Payday: Crime War beta test. We already thought that we had sunk to the very bottom, but then we knocked from below.

Payday: Crime War is going through the CBT stage on Android. We wrote about this in detail in the previous news. To understand the horror that appeared before the eyes of the testers, we must rewind the record to the very beginning. This story is full of failed releases, financial fraud and everything that led to the current state of the Payday franchise.

It’s 2016, Payday 2 is already celebrating its third anniversary. At E3, 505 Games is announcing Payday for smartphones. If the publisher’s name is unfamiliar, Terraria and Control are out of their hands. Players are promised a multiplayer shooter with a PvP bias, and they can choose the role of a robber or a police officer. In teasers, screenshots and trailers, the game resembled, if not the second part of Payday, then the first – for sure. Even then, at E3, it was possible to try out the demo.

But information about the mobile part appeared back in 2015. Then the gaming publications learned that Starbreeze had invested $ 1.4 million in the Chinese studio Cmune, which specializes in shooters. Their mission is to create Payday for smartphones. Of course, the publisher could then afford to scatter such amounts, but already in 2017 the Czech studio BadFly Interactive took over, replacing the Chinese. In the same month, Starbreeze creates an in-house division that deals with mobile projects.

Moving into 2018, when the publisher announced the beta test; it ran from September 10th to October 14th. The players talked about the amazing graphics and support for maximum settings on the Snapdragon 820. There were questions about the physics of weapons and players, for example, to kill you had to shoot 4-5 seconds even in the head. If you run ahead, then even on the current closed beta, this problem remains – the fighters compete in who will quickly pour a lot of damage into the opponent without looking at tactics.

On August 1, 2019, Starbreeze announced the start of a trial launch in a number of countries, but many were unaware of the disastrous event that would happen literally two months later. On October 12, 2019, users received a “letter of happiness”: Payday Crime War servers will be closed in December, after which they will have to wait for a relaunch with a new publisher. Little did anyone know that Starbreeze was in big trouble around this time.

It’s all the fault of money

“Remembering the past is like putting together a broken mirror. The image is crushed, you yourself change. Collecting a mirror can cut yourself. Go crazy. Or find freedom. “

After the disastrous release of Overkill’s The Walking Dead, publisher Starbreeze’s shares fell 50%. It got to the point that law enforcement agencies of Sweden became interested in the company. The reason is suspicion of financial fraud. One person was arrested, computers with hard drives were confiscated. In February 2023, the CFO was convicted of insider trading. In such chaos, Starbreeze sold the rights to System Shock 3 and Psychonauts 2. Until April 2023, the rights holder searched for a publisher to re-release the game and eventually found it.

A new milestone in the fate of Payday: Crime War

PopReach has released War of Nations and the Smurfs games. It was possible to obtain the rights to publish mobile Payday for a little less than 18 million rubles. According to the official statement, up to that point, Starbreeze’s costs amounted to 568 million rubles. Until this winter, the developers were rewriting the code and preparing Crime War for a new beta test. It’s too early to talk about the finished product, but at the moment the game seems to be “frozen in time”, as if the graphics and gameplay have not stepped forward since 2016.

This is the harsh and slightly sad story of Payday: Crime War. The game has suffered from the reckless moves of Starbreeze and is now facing a reincarnation phase similar to No Man’s Sky. It will take a lot of effort for the publisher to return the players to their former interest. It’s almost 2023, and there have been many changes in the mobile projects market. Battle Passes and season changes are no longer enough to entice players. But so far, there is an ellipsis in the history of Crime War. 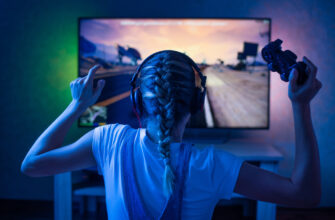