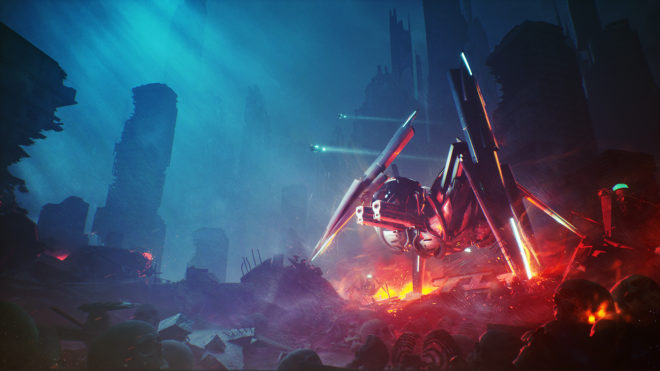 Players will have to control combat vehicles in the strategy mode and with a first-person view.

Incoming War combines elements of a real-time strategy and a shooter: participating in the war of the future, players will lead an army of robots, collect resources, build, as well as take control of military equipment and fight directly on the battlefield.

The game is being developed for PC and will be released in 2022. On Steam, you can add Incoming War to your wishlist.

GTA 6 revealed in the trailer for GTA 5: Enhanced Edition
Recent Posts
You may also like