The Halo series of games may not be as popular among players as the shooter series Call of Duty, but the Master Chief’s adventures have their army of fans. And of course, the main Microsoft exclusive of this year was awaited by all people more or less interested in games. And now, after several days of playing the Halo Infinite press build, the Xbox Series X console is disabled and putting the controller aside, you can share your impressions of the game.

Over the long period of its existence, the Halo series has managed to acquire mythology and stories of various qualities and degrees of madness, mixed with pathos. We managed to see both corridor first-person shooters and strategy, the plot made incredible turns and sent players back in time. This time, the developers decided to introduce us to Halo in the open world. The concept, even for this particular series, is not that new, but in those days the developers were limited by the power of the gaming hardware and the final result was forced to slow down somewhat in scale and appetite. 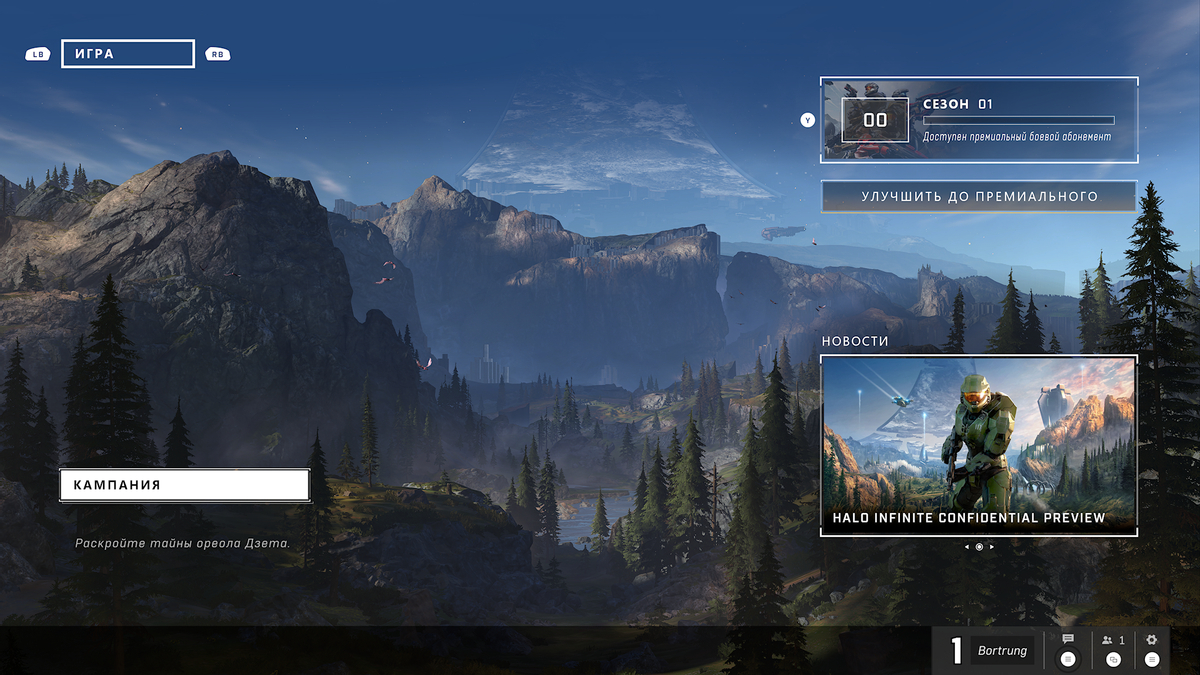 Fortunately, the year is 2022, modern consoles can easily digest the open worlds of the sandbox, and therefore the authors were able to turn around to the fullest. But not all at once. The first few missions Halo Infinite tries hard to look like a remaster of the second part. Corridors, corridors everywhere, and bright, acid-colored opponents. And when you were already starting to think that you fell in love, the game makes a feint with your ears and releases you into the open world. And you feel like a prisoner in TES IV Oblivion, who got out of the dungeon into freedom, and just for a few long minutes you open your mouth to look at the surroundings, trying to digest what you saw. 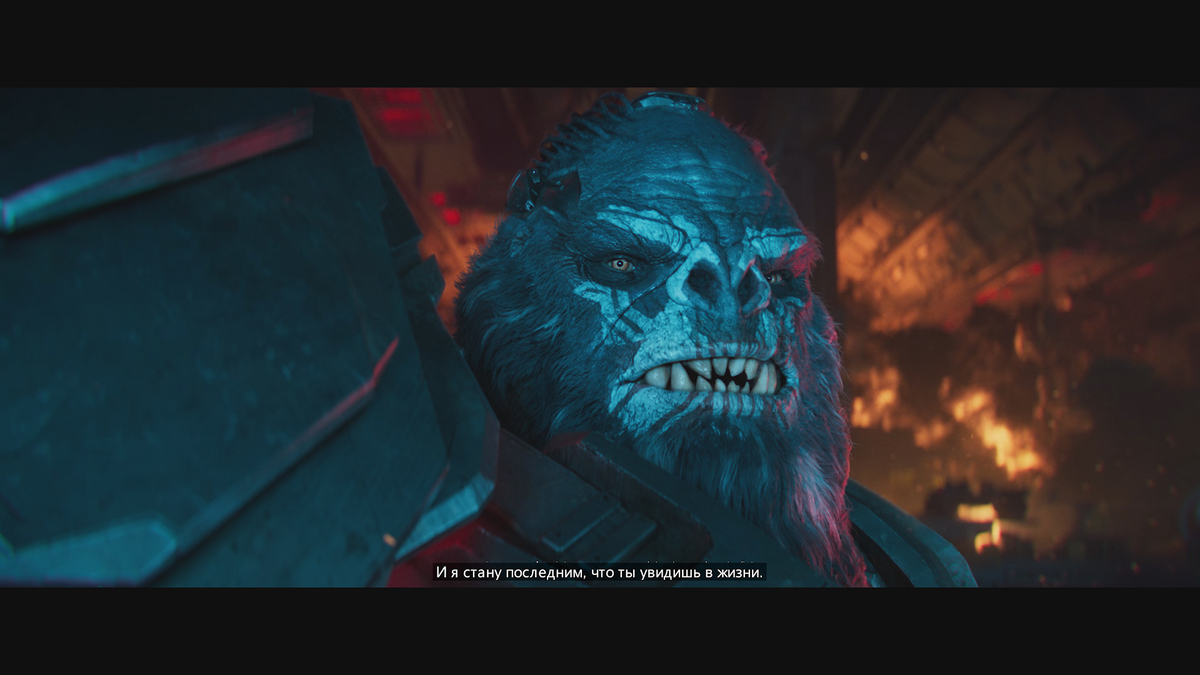 Everything that you saw on the unsuccessful demonstration can be thrown into the recycler. Graphics make even Series X tense, and the surrounding beauty of Zeta Halo just begs for a desktop. The famous Craig from the meme is pretty prettier, and in general the character models, animations look like a solid top five. It can be seen with the naked eye that they did not spare money, they literally throw wads of dollars from the screen at you, trying to show their game from the most profitable sides. If you want to see the graphics of the AAA game project, then, perhaps, Halo Infinite will be able to perfectly illustrate this term. Luxurious lighting, trees moving in the wind, physics of objects, reaction to explosions, traces of shots, it cannot be said that every feature presented is revolutionary, but the way everything is qualitatively arranged and smoothly fitted to each other commands respect. 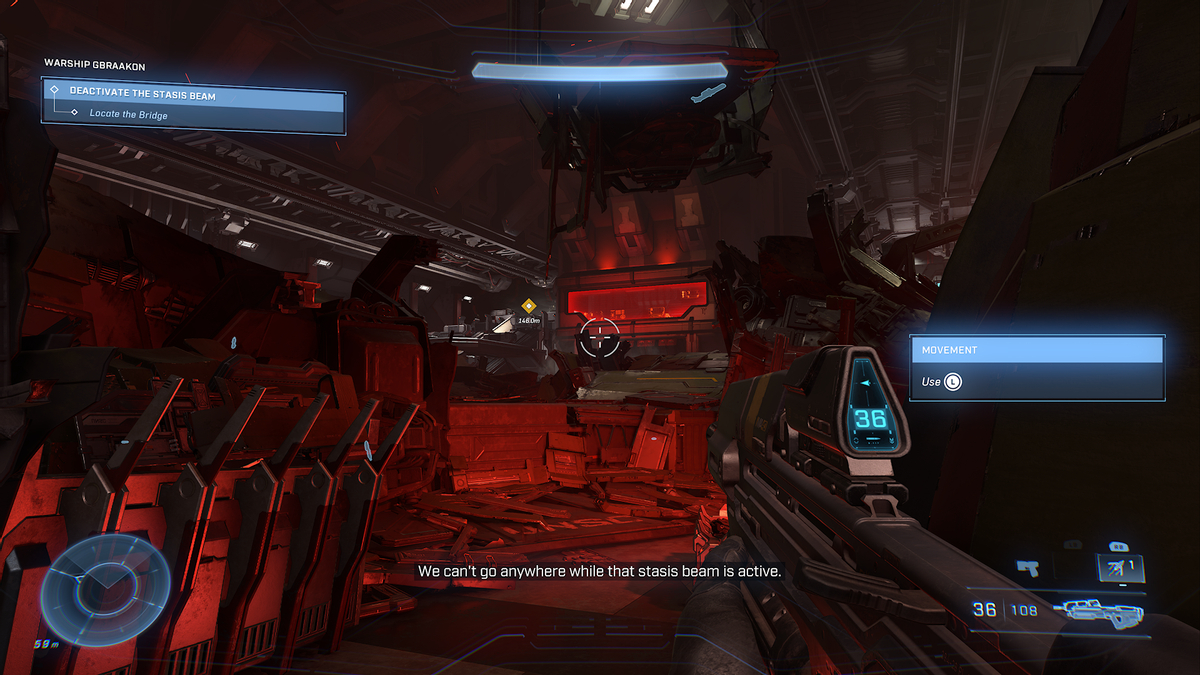 You can say that, just think, the graphics, now they will not surprise anyone and you will be right, but Halo Infinite has another trump card up its sleeve – it works and is perfectly optimized. A few years ago, such a plus was meant as a matter of course the quality of the finished game, but in our time of loot boxes, effective managers and players with extremely specific tastes in food – an AAA game that works out of the box and does not meet a heap of bugs that make it impassable , and also does not crash every half hour, is perceived as a miracle. For the entire time of gaming sessions, and this is in the region of twelve hours with a tail, not a single bug, glitch, texture defects, problems with animation, performance, etc. were encountered. The game starts up, works as intended, gives out a stable FPS without drops, and correctly saves progress on and off. 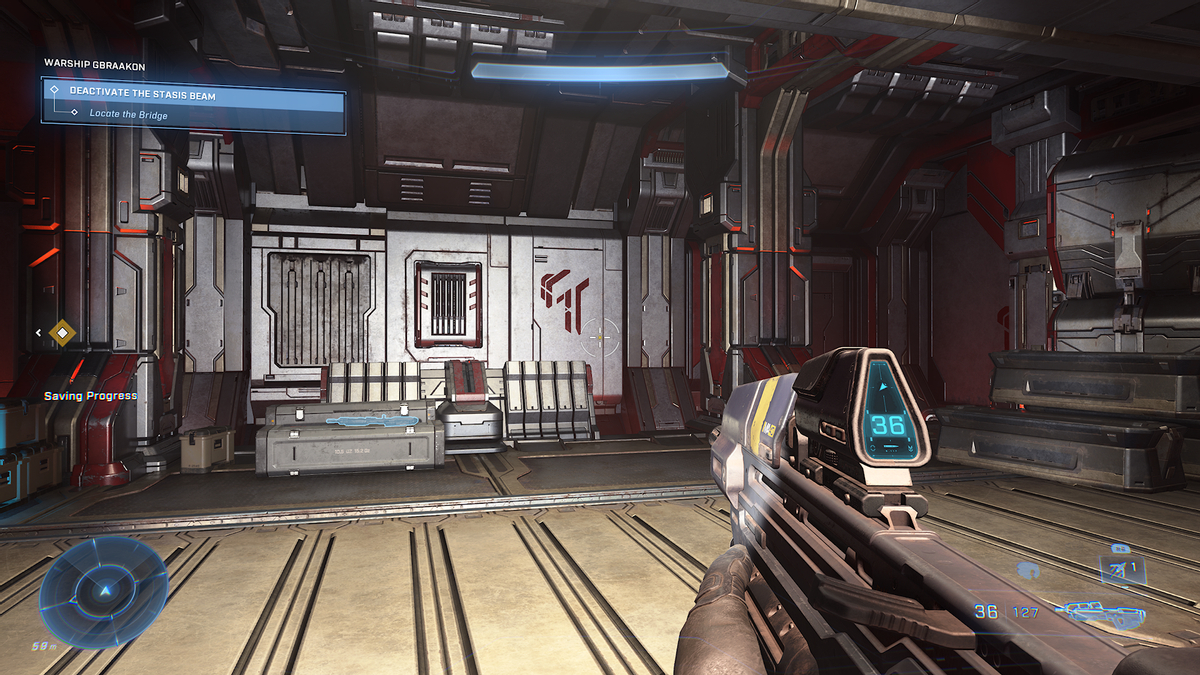 From a plot point of view, Halo Infinite is a pleasant surprise. As a direct sequel to Halo 5: Guardians, the game shows from the very beginning that the rules of the game have changed somewhat. Master Chief is still cool, but a stronger crowbar was found and now you have to strain very hard to somehow rectify the situation. I will not retell the plot, since it is very interesting for a shooter and has a number of unexpected twists. Artificial intelligence Cortana arranges universal justice from its own point of view, and as if that were not enough, the Exiled try to capture the very first of the worlds of the Zeta Halo rings, where an important weapon is hidden that can reshape the galactic device. 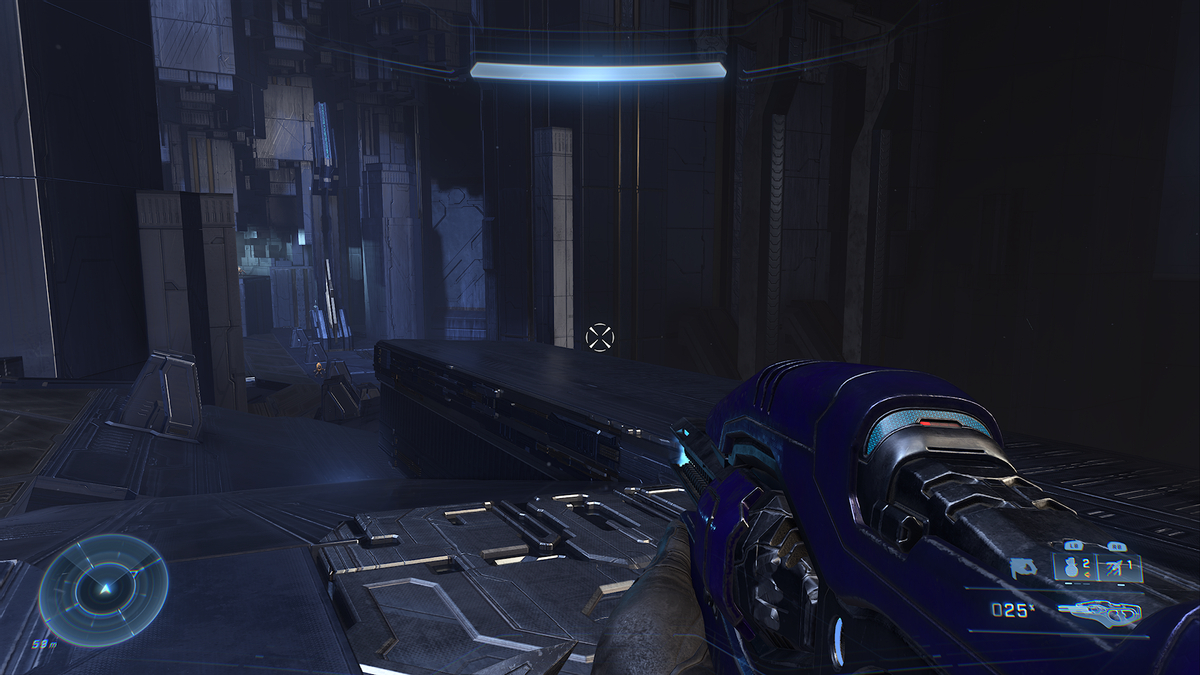 The plot itself is essentially divided into two parts. On the one hand, there is a simple and very visual confrontation between the Master Chief and earthly warriors against the toothy relatives of Craig, on the other hand, there is a deeper plot with secrets regarding the Master Chief’s past, Cortana’s artificial intelligence and the importance of this particular world of the ring for the plot of the game series. The story itself is presented in the form of fairly well-directed and cool videos of the level of Sony exclusives, on the other hand, a lot of plot information can be gleaned from audio diaries, notes and tablets scattered everywhere, which will supplement your knowledge and help you put together a whole picture of the world. But okay, everything is fine with the graphics, the plot is not bad, and the optimization is on a level, but what, in fact, with the shooting? In the end, Halo Infinite is primarily a shooter, not a visual novel, quest, or role-playing game. Well, we can say that 343 Industries has managed to create an excellent, sprightly and tough classic school shooter. And there is nothing wrong with that. Unlike the fashionable flirtation with trends and attempts to turn their shooters into some kind of Fortnite analogue today, the creators of Halo reward the player for purely skillful play, accurate shooting and use of brains. The game features trunks familiar to many fans of the series, and a certain element of recognition will appeal to many. The shooting model is implemented perfectly, and the already classic limitation on the number of cartridges, grenades and the number of barrels forces you to plan your route and further actions in advance. 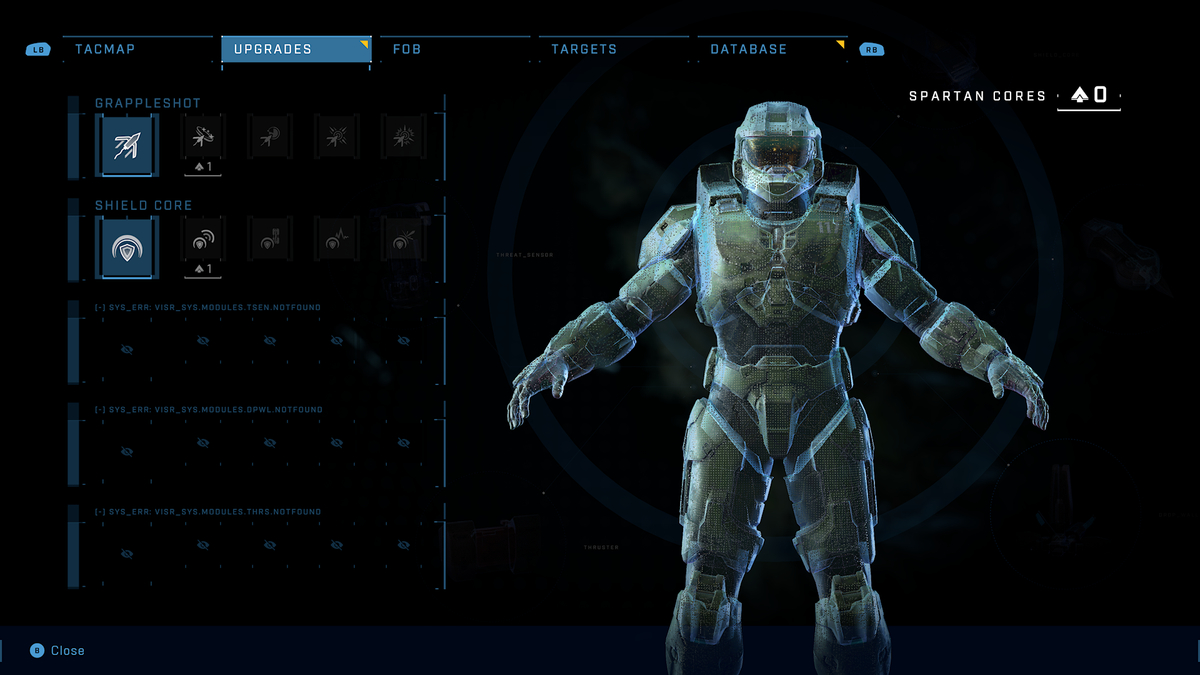 You can play Halo Infinite in the classic style for the series, you can sometimes do sniping, or you can turn on the brutality and heartlessness mode to arrange a massive genocide of alien life forms. Fortunately, in some places Halo Infinite conveys the atmosphere of the correct DOOM many times stronger than the recent masterpiece of Bethesda. Enemies are very smart, and even at the normal level of difficulty, they use cover, do not hesitate to go around from the flanks and rear, cover each other and form combined squads. Therefore, carrying with you the kinetic and energy barrels is strictly recommended to save ammunition and the supply of nerve cells. The widely advertised feature in the form of a wrist grappling hook really works and allows you to both find non-standard paths of movement around the map and indoors, and is an excellent assistant in combat clashes, allowing you to quickly break the distance, disarm opponents and steal ammunition. A smart implementation of a gameplay element that is quite banal at first glance. 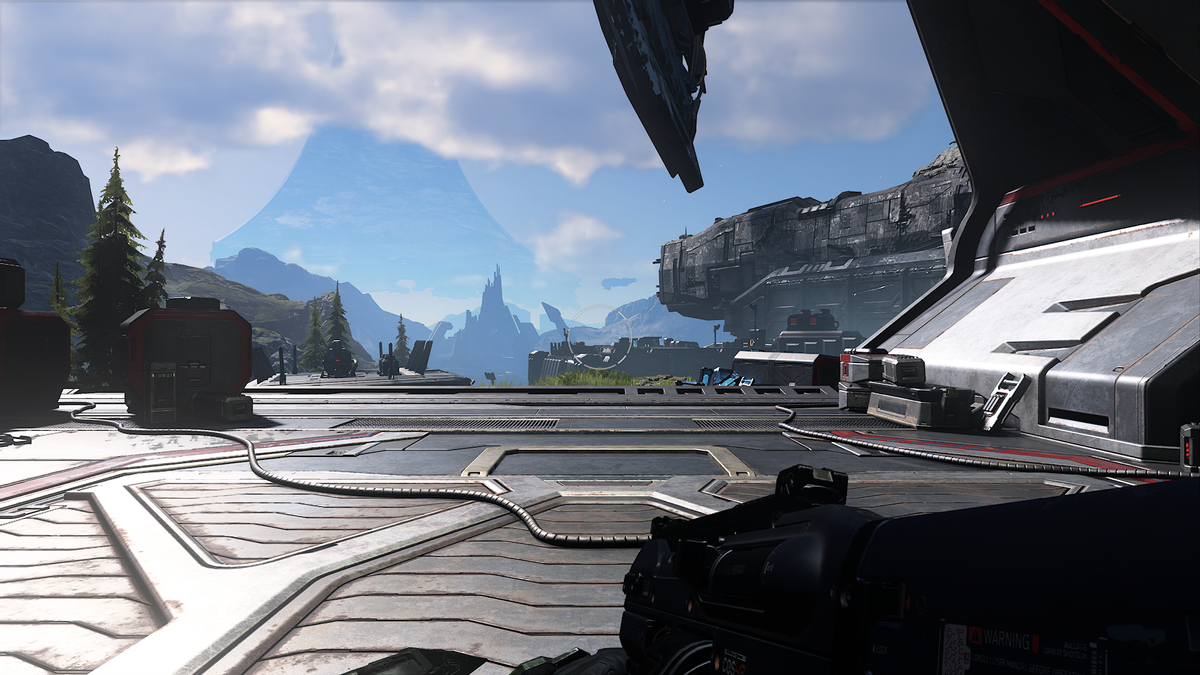 As for the open world, everything is more mundane here. There are points of interest, there are plot tasks and additional ones. There is no need to clear the entire map one hundred percent to complete the campaign. Additional tasks and activities on the map only allow you to find new guns, improvements for the armor of the Master Chief, and in the new part you can collect special cores from the bodies of the fallen Spartans, which allow you to unlock the undocumented features of the Spartan’s armor and make it work beyond normal loads. Unfortunately, only one improvement can work at a time, but each improvement also has its own levels that add nice bonuses. You can switch active improvements in the menu at any time, and I must say, this is really convenient. Also, side activities will unlock new vehicles and nice additions for multiplayer. 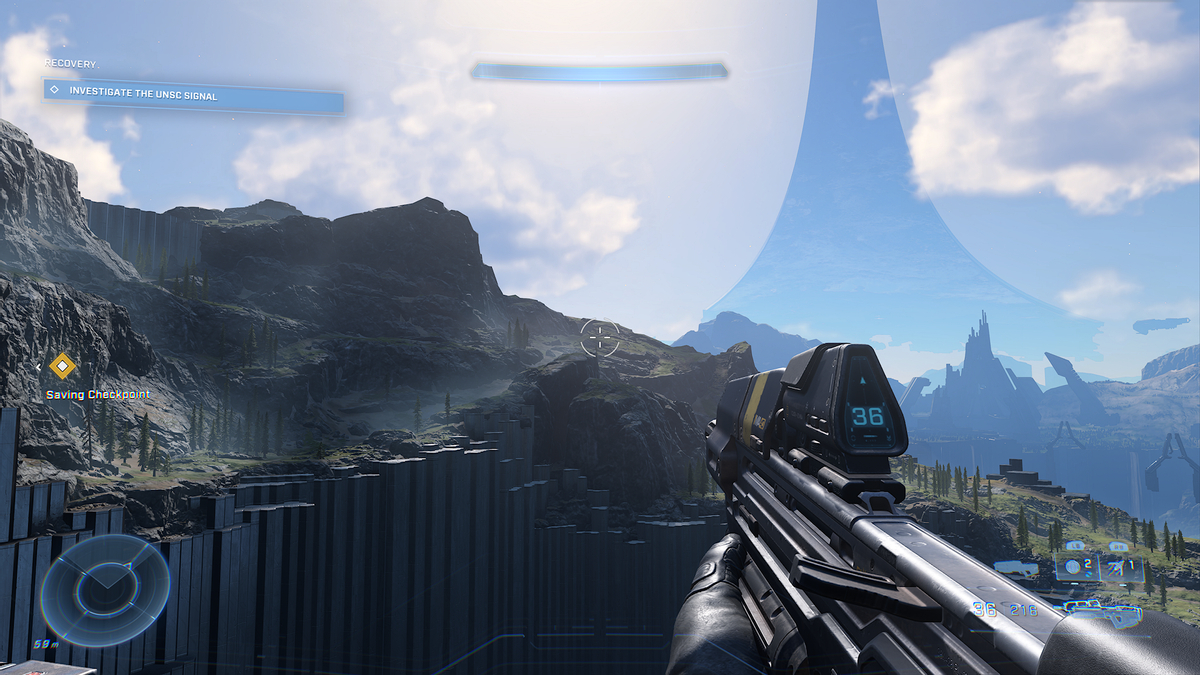 When it comes to optimizations for consoles, Halo Infinite has been the best first-person gamepad optimizations in recent memory. The aiming of the weapon is smooth without jerking, the automatic adjustment is invisible and done correctly. This is the very rare case when playing on a gamepad is even more comfortable than on a classic combination of keyboard and mouse.

What is the bottom line? Before us is an excellent work on bugs and a truly game project of the AAA class of a healthy person. A solid shooter with powerful gameplay, stunning graphics, interesting storyline and exemplary optimization. The definitive contender for the shooter of the year and a reason to pay attention to the Xbox Series XlS consoles. The Halo Infinite Campaign Gets 10 Craig from 10…

And that’s all for me. Garruk traveled with you to Zeta Halo. Until next time and play good games.