I don’t know how familiar you are with the Yakuza series, but I think we’ve all been able to see in recent years how SEGA has started making waves in the West with that name. First released for PlayStation, the Yakuza series titles landed on PC and Xbox, possibly in remastered versions, and so the series began to come to life in our European lands.

But as Kazuma Kyriu’s story came to an end, SEGA launched a new title in 2018, similar to gameplay, but played from a completely different perspective. Judgment was a game that borrowed many elements from the Yakuza series in its day, from the way the fights were conducted to the neighborhoods in the game. The big difference, however, came from the fact that the protagonist was no longer a Yakuza member, but a private detective, a lawyer by profession, who was trying to solve complicated cases and who was encountering more and more complicated obstacles. 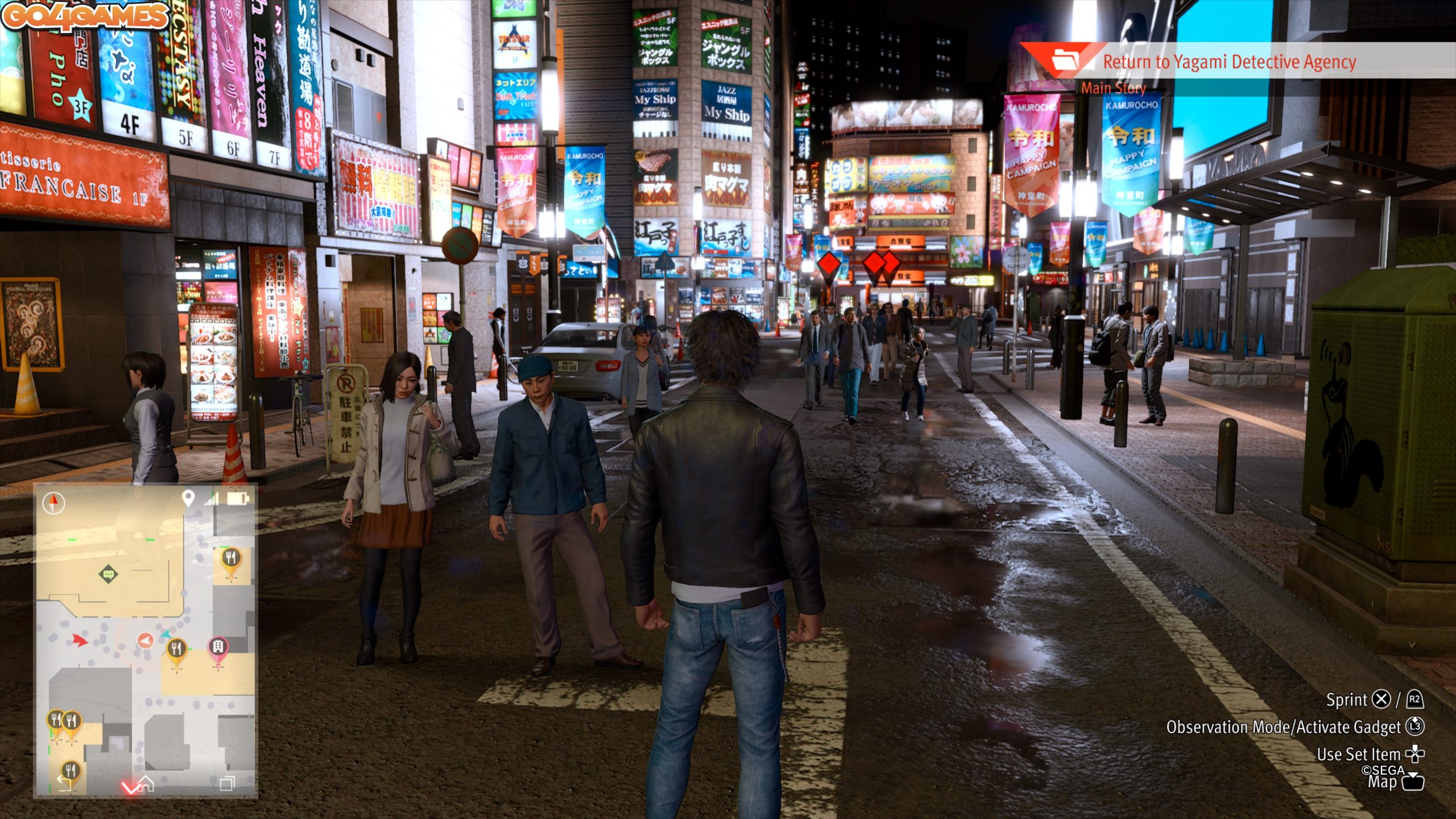 Lost Judgment amplifies this feeling. The story begins in a very simple way. Tak, the private detective and the main character, is drawn into the whirlwind of a furious trial in Tokyo. A former police officer is accused of sexual harassment in the subway, and the filming with his capture goes viral on social networks. The ensuing trial is based on these allegations, but since nothing is what it seems, the authorities discover a horrible crime in another city, 30 minutes away. Even more interesting is the fact that our criminal comes with details related to this crime, and the authorities establish the moment of death on the very day he is caught in the subway, which gives him an indisputable alibi. 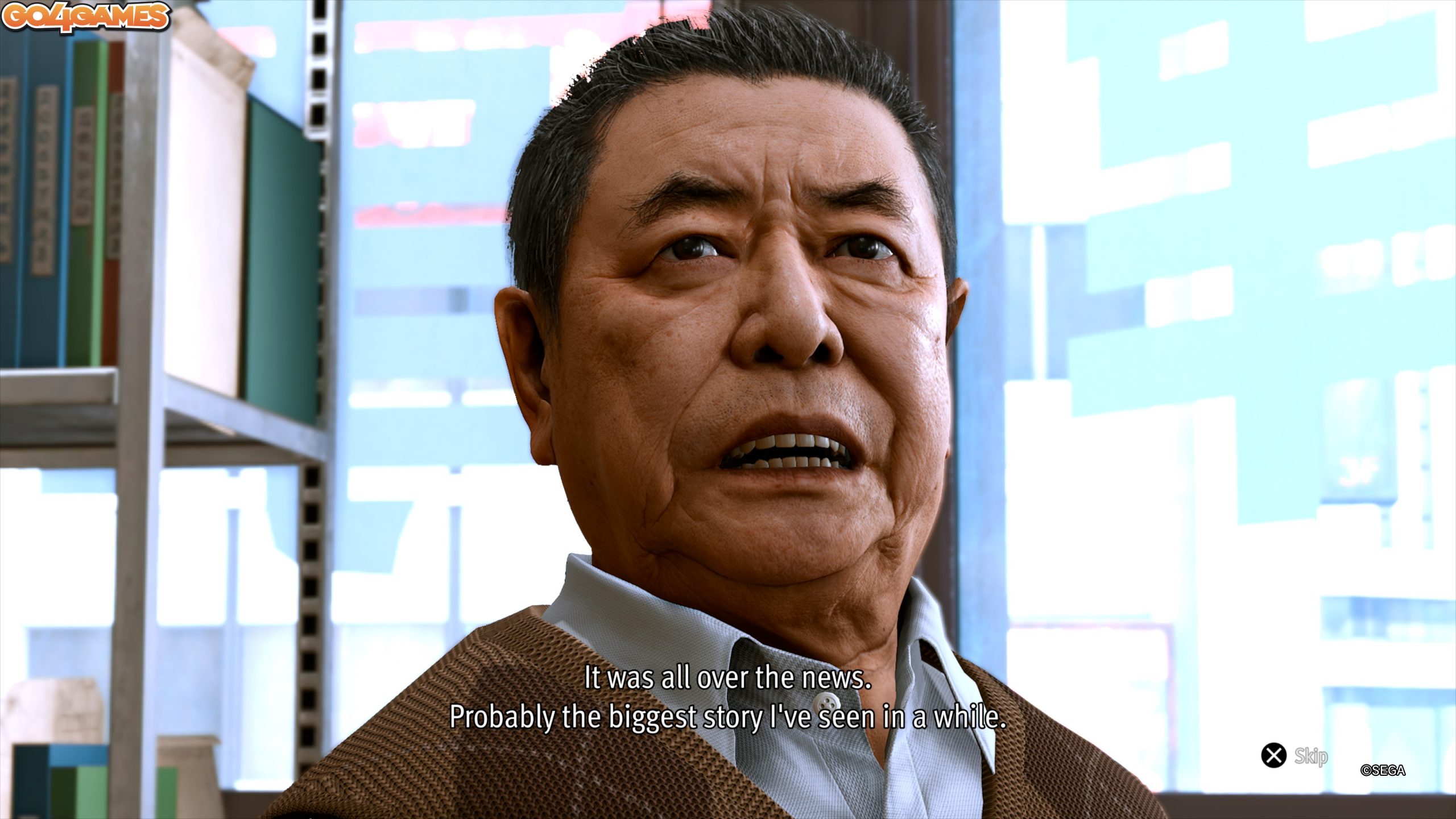 Unlike the titles in the Yakuza series, the story in Lost Judgment is much more serious, addressing a number of topics of interest to Japanese society and beyond. From the issue of sexual harassment to the issue of bullying in schools and even the suicide of students who suffer from this behavior, completely ignored by teachers and authorities. Along the way, we will find out a series of details that send Tak to Yokohama to investigate this crime, and at the base are a series of serious cases of bullying committed by former students who now pay with their lives for them.

The story thus moves away from the luxurious life of Yakuza members and bosses, the relations between various clans and the bloody acts that take place in this twilight area of ​​the famous Kamurocho district. We now have a number of issues that highlight the passivity of the authorities towards the real problems of the people and the sacrifice of the victims in order to maintain appearances that are more important for those in power. I want to mention all these things because the story is the most important point of attraction in such a game and I think you need to know what you are up to if you are going to start it. Overall, the story does not disappoint, the player has many details and ramifications, some that are expected and others that are not. 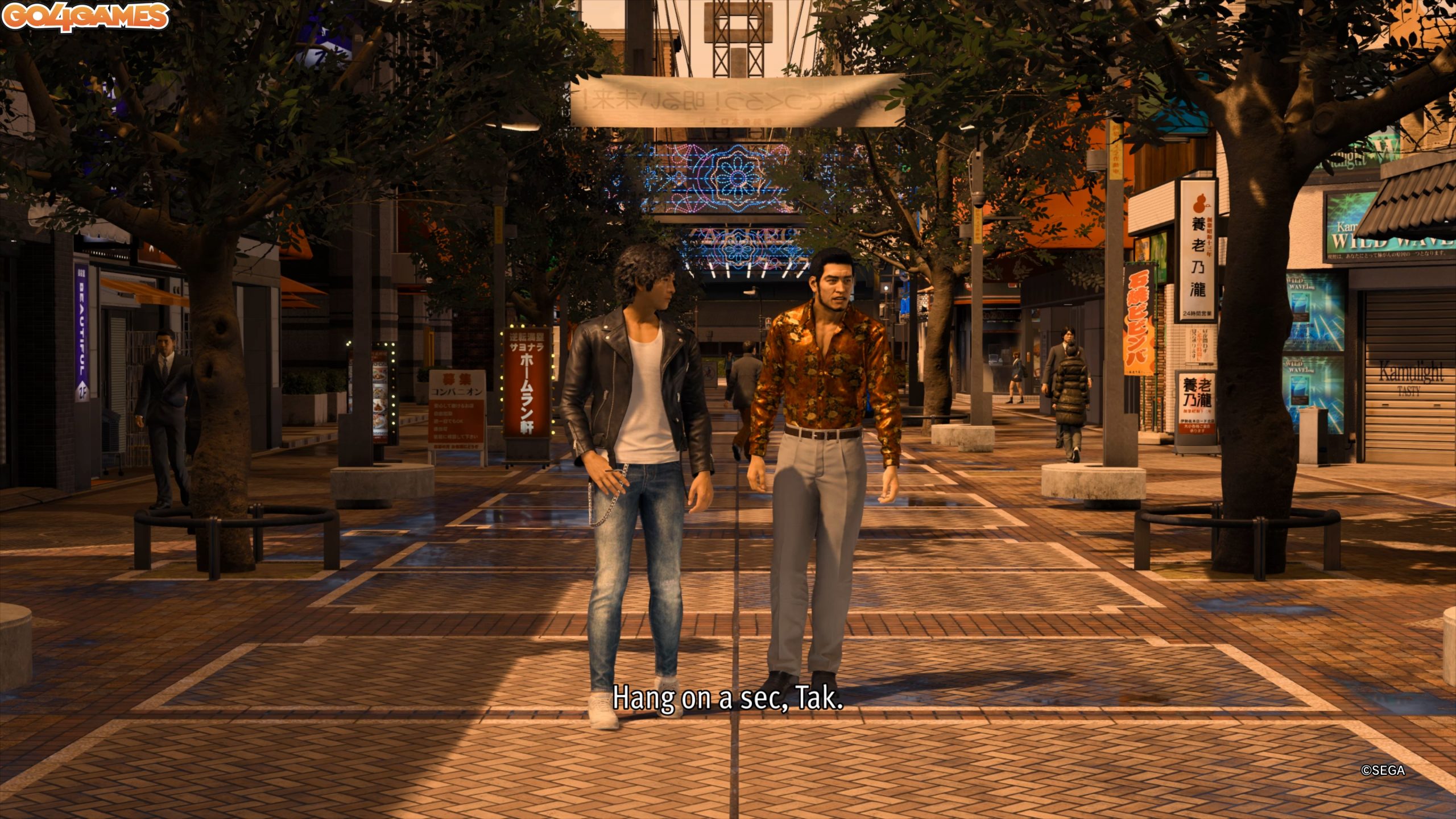 The second important aspect in a SEGA title is the fight or rather the way the fights will take place. If the Yakuza series has switched to a turn-based system, Lost Judgment keeps the tradition alive and we are dealing with the classic system, in which the central character directly cotton those who oppose him. Tak now has three different martial arts styles on hand. The tiger style is suitable for one-on-one confrontations, the crow style allows you to control large groups of enemies, and the new snake style comes with moves designed to disarm enemies with various weapons with which they could attack you. Tak can alternate between the three styles at any time, the fights being as fluid as you were used to in previous titles. Moreover, in the skills section, you will find some specifics for each style, so you can improve your performance in one style or another, depending on your preferences.

Speaking of improvements, every major activity Tak undertakes or every fight will come with money and SP. This SP is exactly the points you can spend on skills, so you can increase your life, eat more, drink more, even smoke more. 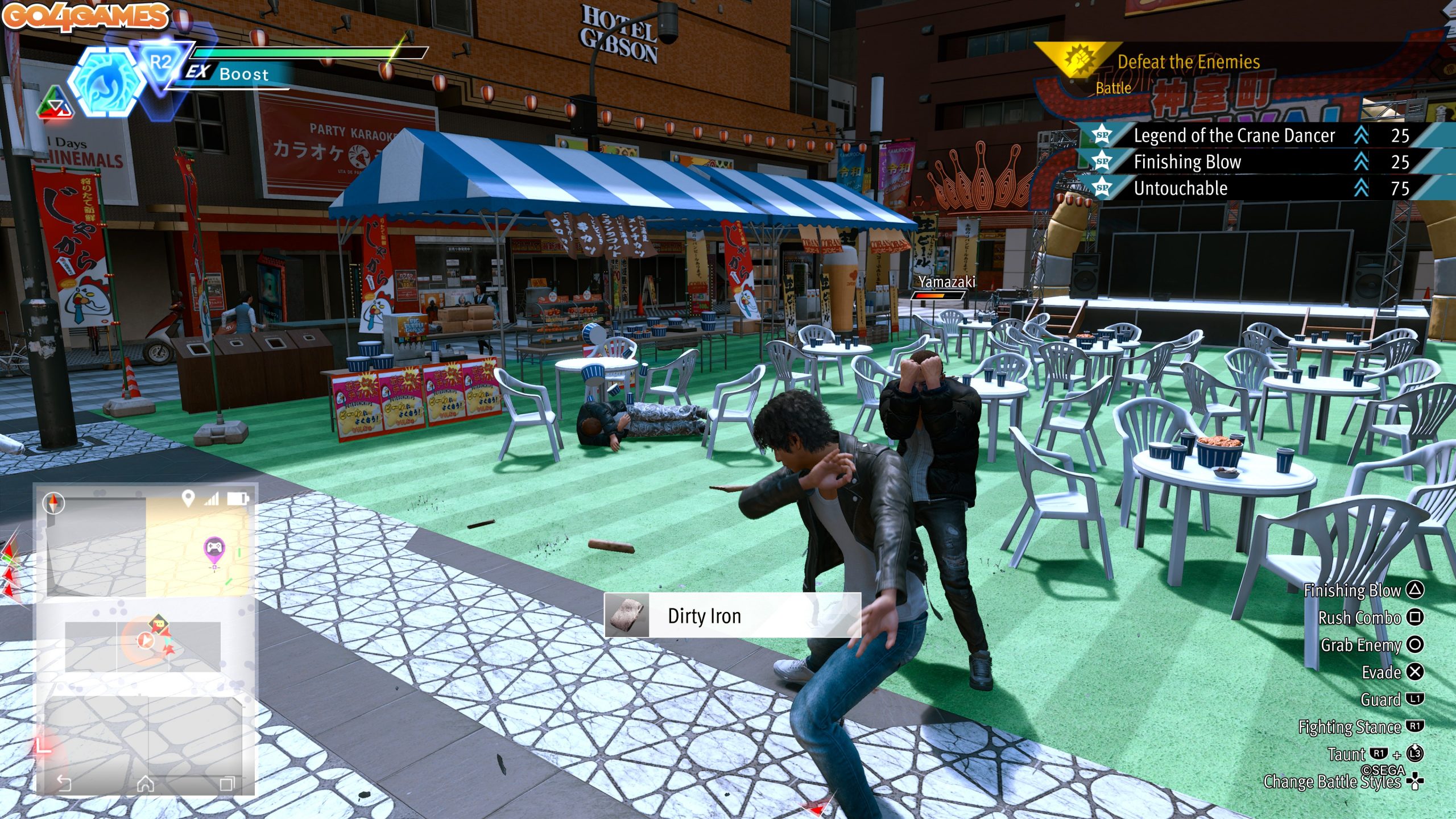 Out of a desire to meet fans with a different game, SEGA has sought to implement new gameplay mechanics, but you will not use them very often, and most of the time, they come to the surface in cases of secondary objectives. We have various gadgets such as a drone, a remote conversation listener, a hidden microphone detector and a dog. I don’t know what the dog is looking for in gadgets, but we have a detective dog that can smell the existence of mysterious cases that need Tak’s intervention. Of course, there are other activities such as VR competitions, music or old video games that you can enjoy at will.

Last but not least, SEGA has made a lot of minor improvements to the game. For example, during the story, Tak receives a skateboard that he can use on the streets of Yokohama. This way, you can get from one place to another quickly without having to take a taxi, which you only find in certain locations and which will take you, similarly, only to certain fixed places. Then, in addition to the main case and the secondary objectives, Tak now has to solve various problems that arise at the school in Yokohama, where the story takes him. Students have problems that require a careful eye, good advice, or even an example that they can then follow. 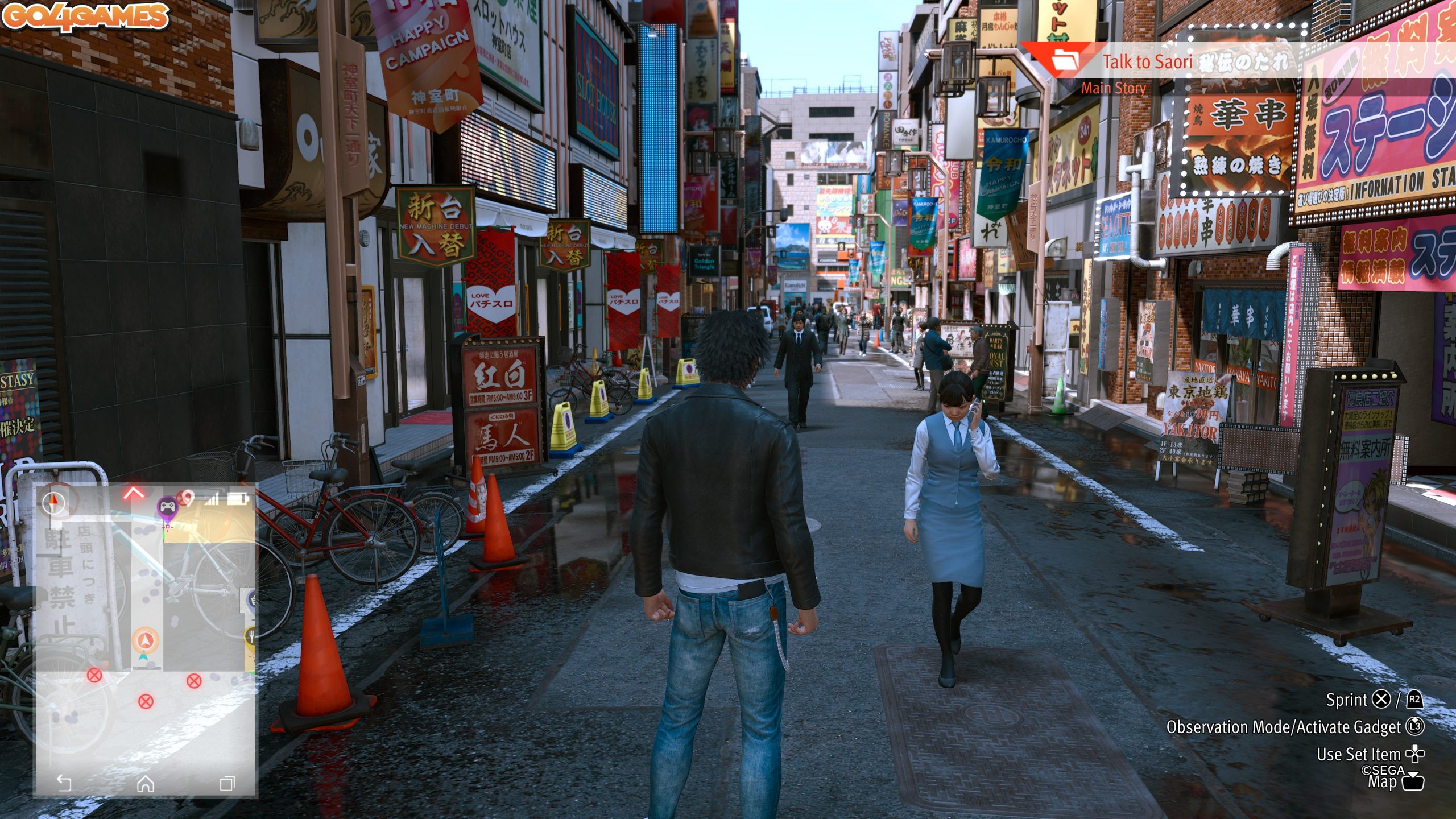 If I were to conclude, I would say that the Judgment series is going in a completely different direction compared to the Yakuza saga. It’s not as enticing, but more serious, treating real problems in a way that urges you to put the controller down a little and meditate a bit. On the one hand, I can appreciate this approach. On the other hand, we can’t say that it’s just as fun, as the topics covered are far from the concept of fun. 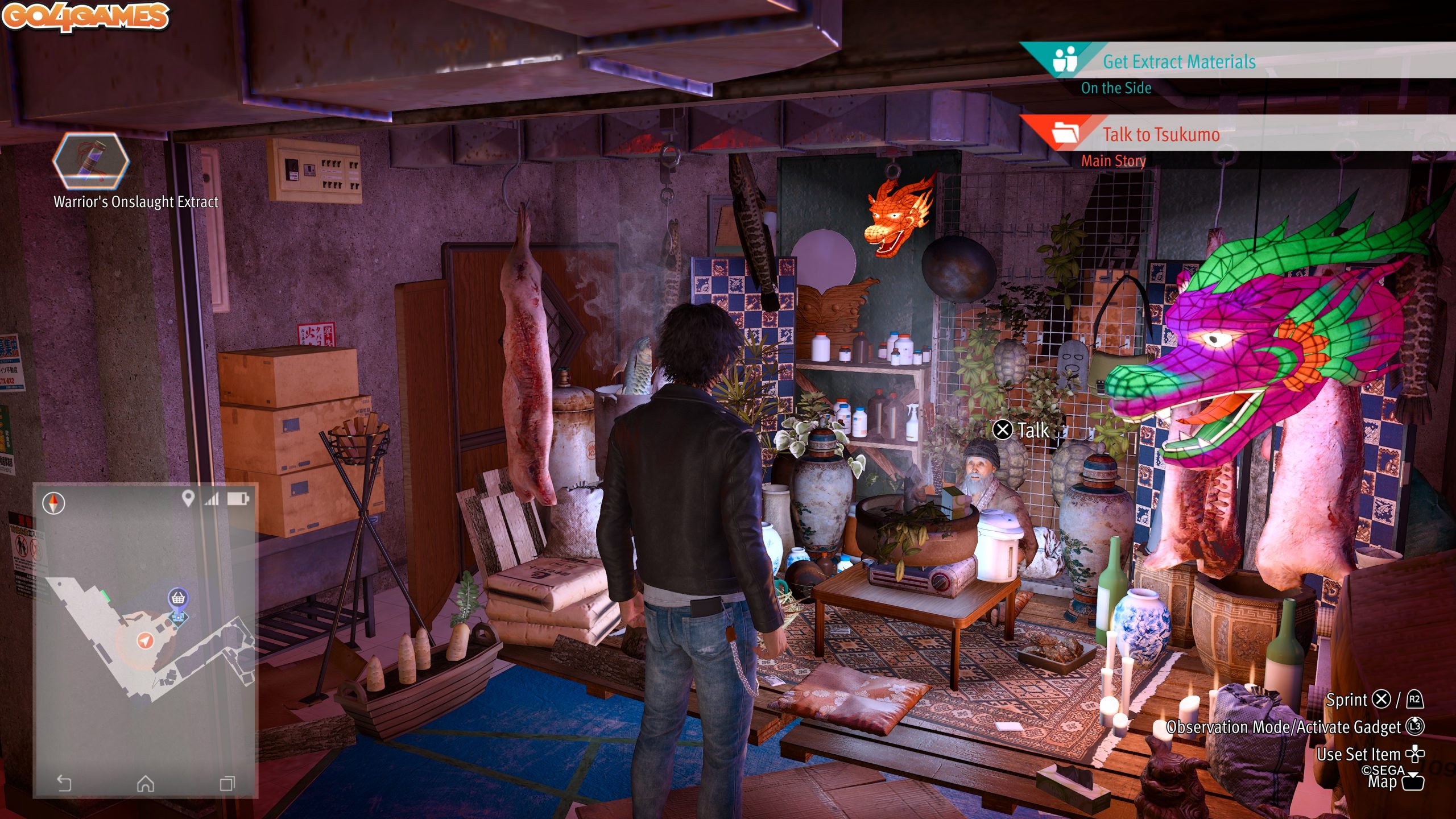 In addition, the presence of very long cinematic sequences makes the game quite difficult to watch at a given time. The long discussions between the characters, full not only of details, but also of pauses characteristic of soap operas, without being interspersed with funny moments that can relax the player, make Lost Judgment a serious game, with weight, but also difficult to digest. a time when the world is facing serious problems in everyday life. For fans of these games, Lost Judgment is an unmissable title. For others, he must be approached with a lot of patience and a sincere desire to learn new things.