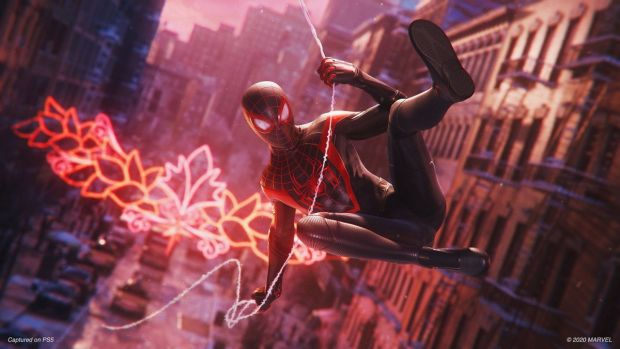 The winter holidays are approaching and not a few companies have launched games with adapted themes, which attract a lot of people during this period.

So here are 5 game recommendations to try during this time:

1. Spider-Man: Miles Morales – This game released in 2022 features superhero Miles Morales, and the action takes place in a New York City around Christmas. This way, you can control Miles through New York, complete missions, and unlock new gadgets as you progress through the game. In fact, one scene in the game even includes a Christmas dinner. Sony Interactive Entertainment is available on PlayStation 4 and 5 and was released a year ago. The reviews of this game were good, which is why it had several nominations at the gala The Game Awards 2022. In fact, over 6.5 million copies of this game were sold worldwide.

3. Super Mario Odyssey’s Snow Kingdom – The action in the game released in 2017 takes place in Shiveria, a fictional frozen city, located in Siberia. In the background of this game you can hear the bells that make you think of the Holidays, and some enemies, called Goombas, wear Santa’s fez. There are several missions that Mario has to complete in this game. In the first one, he has to help the Shiverians to unlock the entrance to a race. Then, Mario will enter the race called Bound Bowl Grand Prix, and if he manages to win he will receive the Multi Moon bonus, which brings back the former glory of the Frozen Kingdom and will bring joy among the Shiverians.

4. Batman: Arkham Origins – A game older, which Warner Bros. launched in 2013, in which the action takes place in a frozen Gotham city, near the holidays. In fact, on Christmas Eve, eight of the biggest assassins arrive in Gotham City to capture him. But Batman he has to do justice to himself again, while he also has problems with Joker and Anarky. The game is available on Microsoft Windows, PlayStation 3, Wii U and Xbox 360. In its day it was a decent game and received nominations for the Game Critics Awards 2013. In fact, it had very good sales in the UK, but also on Steam.

5. Farm Snow: Happy Christmas Story with Toys & Santa – This mobile game has over 5 million downloads on Android alone and a 4.6 star rating out of over 130,000 votes cast. Basically, you control a Christmas farm, which you have to arrange with a special theme and decorate it. And gifts appear in the landscape. It’s a simple game with interesting graphics, which can steal a few hours of your life. The moment you renovate the farm to be really ready for Christmas definitely trains you for the holidays.

License no. L1160651W000195 issued by the ONJN Supervisory Committee for NetBet Enterprises Ltd.

After Avengers Endgame, Black Panther’s son was revealed and fans were surprised
Recent Posts
You may also like