Skip to content
Home » Halo Infinite Review. A good shooter is not for everyone 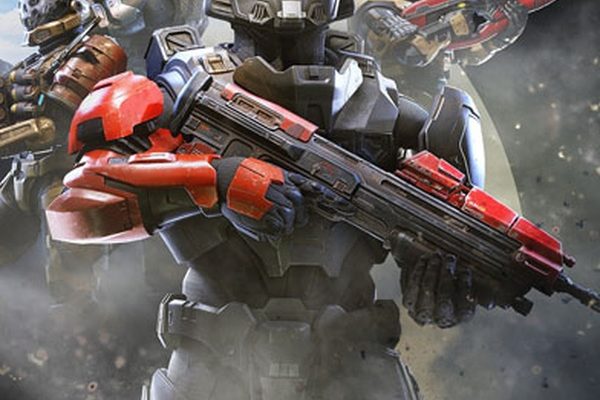 The Master Chief is an iconic hero in the Halo universe and one of the most recognizable characters in video games. Stern, unyielding, laconic and forever young – after so many games he doesn’t even think about retirement! But here’s the bad luck: the holiday cortege in the form of Halo Infinite was seriously delayed along the way. The sixth part and concurrently the final one for the trilogy from 343 Industries has been in development for almost six years. It’s time to figure out whether the game has lived up to the many hopes placed on it by the publisher and fans.

And there really were many hopes. Microsoft, the irreplaceable publisher of the series, decided to make Halo infinite blockbuster, system seller and God knows what else – the main thing is that money regularly brings. But the beta demo on E3 2022 turned out to be a failure. The game was harshly criticized, the terrible appearance of one of the monsters was taken to memes, and the shown gameplay was branded with negative adjectives, including “conservative”, “Unprincipled” and “outdated” were the most decent. The criticism was well deserved.

The Chief’s new friend says about the Zeta halo: “What a picturesque place!”, To which the Spartan reasonably replies: “Not for everyone.” Yes

Of course, after such a cold shower Microsoft demanded from 343i improve the quality of the game. The release date has moved a year ahead, but due to numerous technical troubles Halo infinite still could not dodge. There are plenty of bugs here: a weapon hanging in the air that “forgot” to fall to the ground, endless nitro at one of the local “tractors”, identical explosions on the surfaces of land and water …

Once, when using a gravity lift, that is, an “air column” that lifts the hero from the surface into a ship, the character got stuck in the texture of the ship and was pinned to it without the ability to move. I had to go to the menu and reload the episode. If you wish, you can find fault with the PC version of the project for a long time, although this is not a technical failure of the level of one notorious Polish shooter. But let’s better directly about the game.

Halo infinite ventured into a new audacity for the series: the transition to the open world. Together with John-117, we had the opportunity to explore the Zeta halo – roughly speaking, the cosmic ring, where the last surviving representatives of humanity and the Exiled faction came together in an unequal struggle. At the same time, the game retained the linear structure of missions: as in some Far cry (or substitute your favorite hackneyed open-world series), the Chief and I can explore the map and close the “activities”, leaving the story mission marker for later.

Grunts are cowardly creatures, but they have a lot of funny lines.

In truth, though 343i and created an open world, but skimped on the variety of content – or simply did not have time. In the end, the game is ambitious, and the last two years of development have been a difficult time for everyone, including gamedev, a pandemic. The authors did not bother much with side tasks: most of them boil down to freeing outposts, after which you can quickly move there, as well as order equipment and weapons from the dropship.

Also on the menu is the destruction of especially dangerous representatives of the Exiled, the release of infantry units and the sabotage of bases where enemies create weapons. So the Zeta halo feels like the open world of the previous generation – formally, all the signs of an open world are in place, but by the standards of modern standards this is something of the level of the early parts Assassin’s creed… Seriously, you can’t just go ahead and add bases to make the open world interesting.

The ring is broken, but the war has not yet been completely lost. Esharum will answer for everything!

The next key innovation was the gadget in the form of a grappling hook – with it, the Chief climbs into hard-to-reach places, pulls himself up to enemies or vehicles. The gadget has a lot of applications: it is possible to pull the weapon to itself in battle, and to close the distance with the enemy by grabbing onto it. And the most effective trick is to get into a manned bike on the move, fly up at speed and throw the pilot out of the cockpit. The process is automated, the player just needs to not miss with a shot of the magic hook. But the great car theft looks funny.

And the need to wade through the mountains looks not at all funny. Seriously, the last time we did that much rock climbing was in Death stranding and Breath of the wild… But even Link or Bridges did not travel the mountain peaks as much as John-117. The halo was severely damaged and its fragments were partially destroyed. In places of breakdowns, fragments of the world were automatically stabilized – in the form of all the same mountains and monolithic pillars. So it is not everywhere you can get on your “Vepr” or “Scorpion”, which can be summoned at any liberated base.

Halo Infinite is geared towards co-op, but we failed to test it. The seats in the jeep were occupied by AI marines, who can be picked up at any base we captured

The classic enemies on the spot for the series are the uncouth Bugai and the cowardly Piggers, the dastardly Jackals and the cunning Elites. Few new enemies were added, of the memorable ones, it is definitely worth noting the Flyers, whom the Chief himself calls “new and dangerous”, as well as a boss named Adjutant Composure, who seemed Portal 2: A sarcastic ball-shaped robot with a split personality, just like Wheatley! Feels like the enemies remained somehow deliberately “childish”, because starting from the fifth part Halo became targeted at a younger audience. If the previous games in the series came out with an ESRB rating of “M”, that is, 17+, then the fifth and sixth editions switched to “T”, that is, for gamers in the 13+ category.

Occasionally Halo infinite reminds DOOM Eternalbut adjusted for young shooter fans: the demonic Harbinger looks a hell of a lot like Seraphim, the main character DOOM collects tokens in the same way and matches the theme of super soldiers, and even the animation of the cat-hook is similar! Of course, this is not nit-picking, but simply observing the sudden similarity of the two titles. But if Eternal more about the dynamic knocking out of the spirit from the demons, then in Halo infinite the balance between the gameplay and its plot justification is pronounced.

By the way, about the plot. In an interesting way, he resurrects a Spartan whose lifeless body drifted in space after losing a fight with a monster named Atriox. It so happened that humanity lost the fight with its army of alien invaders, and the place of Atriox himself was taken by the boastful General Esharum. But people still have a final trump card – the indestructible terminator with number 117.

As a result, the Chief assembles a mini-team of Echo-216, the hot-tempered and nervous pilot of the Pelican ship, which in times of crisis breaks down to his Latin American accent, and a humanized AI assistant called “Arms”, who was created in order to disable Cortana and self-destruct, but did not complete the mission. The Master Chief again goes after the crazy Cortana, who has turned against the whole world, hoping to kill two birds with one stone with one “flash drive”. More precisely, a chip that contains the Arms AI program.

Instead of a thousand words…

The developers did not deceive when they promised to give the Master Chief more screen time than in Halo 5: Guardians… Almost in solo, this character drags the entire campaign on himself. And it turned out to be much more human than in previous games in the series – as you know, many old warriors become more sentimental with age. In the case of Spartan, this is expressed in the desire to share his inner thoughts and considerations with a new AI companion, which is gradually replacing Cortana.

By and large, perception Halo infinite very much depends on the attitude towards the series itself Halo… For a great many fans, finding out the continuation of the story of the Chief and Cortana will be, perhaps, the main gift of 2022, even more so after so many years of waiting. But for those who treat the series calmly and impartially, the result of six years of work may not be perceived so positively – too often, in our opinion, Halo infinite Feels like a previous generation game that was late in release. The most offensive thing is that at the same time she came out before all her bugs were fixed.

Without a doubt, Halo Infinite is a quality shooter that fuses all familiar characters in an interesting way in the finale of this second trilogy. But to call it a game for everyone, unlike the great Halo 3, the language does not turn. So let’s just agree that Infinite is a decent gaming experience that lacked a couple of little things to level up with the previous finale 14 years ago.

Spider-Man 3: No Way Home Leaked post-credits scenes
To maintain authenticity, Diablo 2 Resurrected will not fix a known bug from the original

PUBG: Battlegrounds will become free-to-play
Recent Posts
You may also like