Skip to content
Home » Exciting moment with a dog in Watch Dogs 2: I Feel Guilty 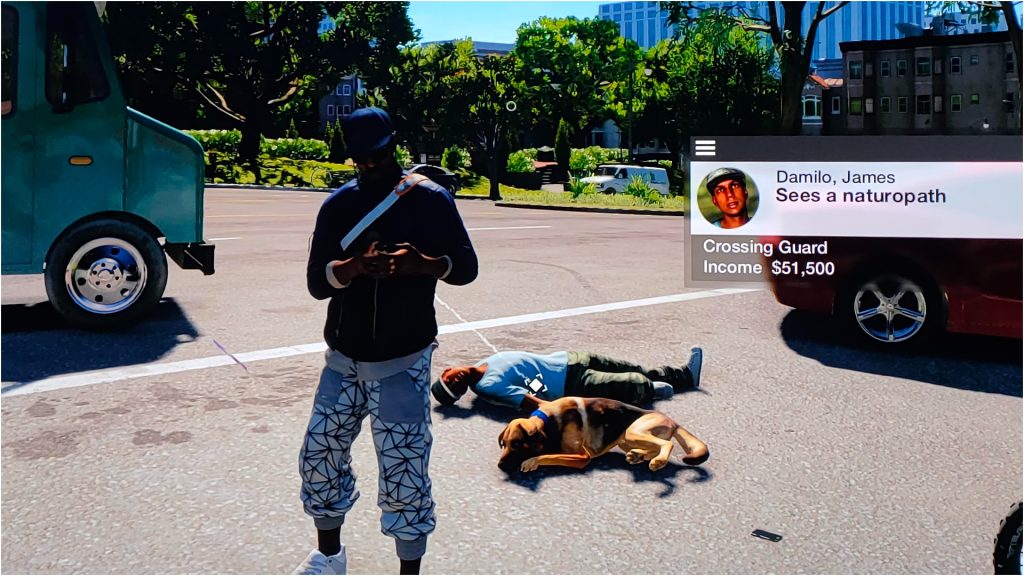 A Watch Dogs 2 player was having a great time while playing a part of the game. He recounted the incident on the popular rd gaming group on Reddit.

The user u / its_muh_username says that he accidentally killed a pedestrian in the game after stepping on him with a vehicle. That character was walking his dog at that time. After the man died, the dog, visibly affected by the incident, sat down next to his lifeless body.

“I have never felt so guilty for killing an NPC (non-player character). It has a name and all that… ”, he wrote next to a screenshot with that moment.

Watch Dogs 2 even shows the victim’s annual salary: $ 51,500. This information has given rise to much discussion about income and the cost of living in some cities, such as San Francisco, where the virtual incident took place.

Ironically, the NPC killed in the game by u / its_muh_username was a person who made a living by helping people cross the streets safely.

He caught the moment when a bear is harassed, in a frozen landscape, by three wolves, who seem to have stolen their prey, a deer.

The most charismatic villains and antagonists of Final Fantasy XIV,
Recent Posts
You may also like