Of course, with such a vast world, you definitely want to move in style, right? Basic mounts cannot provide such experience, but the rarest mounts are a completely different matter. Players can collect various mounts throughout the game, although some are much more difficult to obtain than others.

Take a look at 15 of the most difficult mounts currently available in the game. I warn you right away – limited mounts (like the Regalia from collaboration with Final Fantasy XV) and paid mounts from Mog Shop were not included here. As well as trial mounts – although the difficulty of obtaining them is really huge, due to the need to close trials in the Extreme version, it depends entirely on the randomness and experience of the players.

The Pteranodon is arguably the hardest to acquire in the game right now. Mainly because it takes an insanely long crafting time to get it.

To obtain this mount, players must earn the Castle In The Sky achievement, which requires them to earn a total of 500,000 skyward scores for each profession. 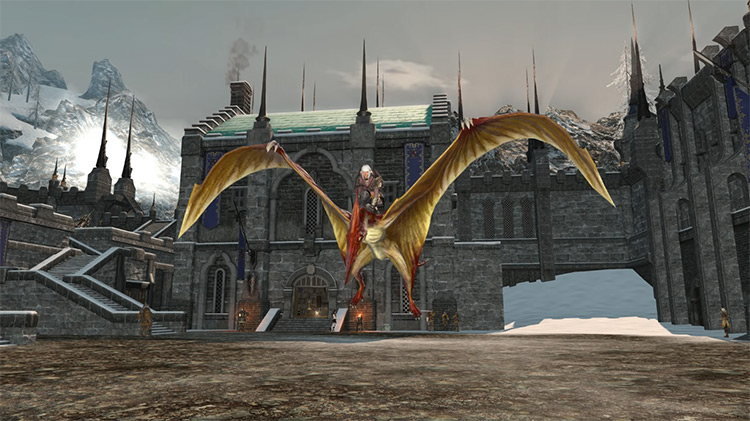 The magnificent Astrope animal is a pegasus that can accommodate two players at once. This mount is a reward for players who have achieved the “I Hope Mentor Will Notice Me VI” achievement, for which the player must complete 2000 activities using Duty Roulette: Mentor.

The Mentor system was introduced in patch 3.2. Duty Roulette: Mentor exists so that experienced players perform activities with young and inexperienced players, becoming, as you already understood, mentors for them. To take part in this roulette, players must be level 80, have an average item level of 455 or higher, and have a huge number of likes for closing activities. 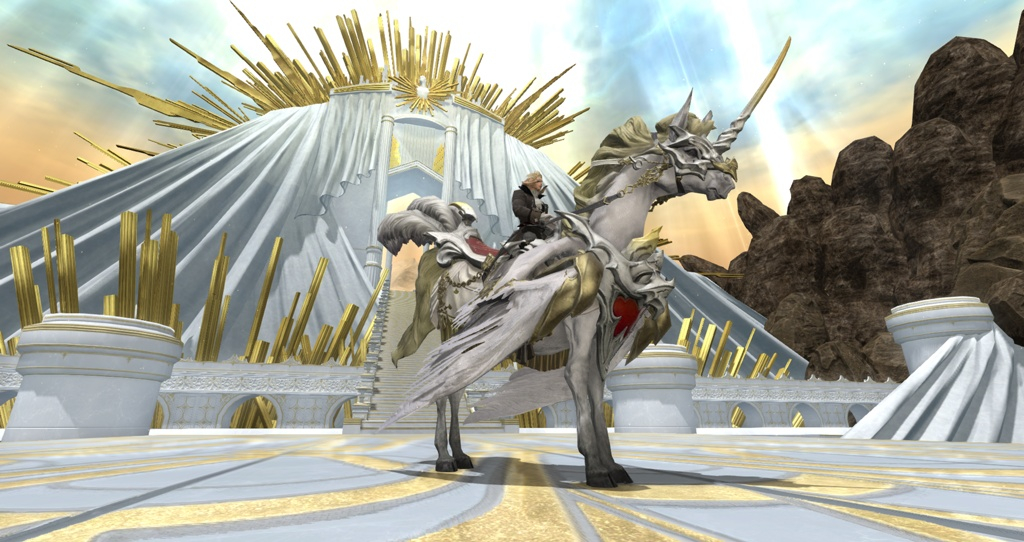 It seems like a simple mount, not particularly remarkable, but in fact it is a real treat for grind lovers and a nightmare for everyone else. Triceratops is a reward for the Nuts For Nutsy achievement, which requires completing the Shadowbring Your A Game III and Shadowbring Your S Game III achievements.

This means that players must kill a total of 2000 A-rank elite monsters in Shadowbringer locations, as well as 1000 S-rank or higher elite monsters. It will take a long time, but the reward will be truly unique. 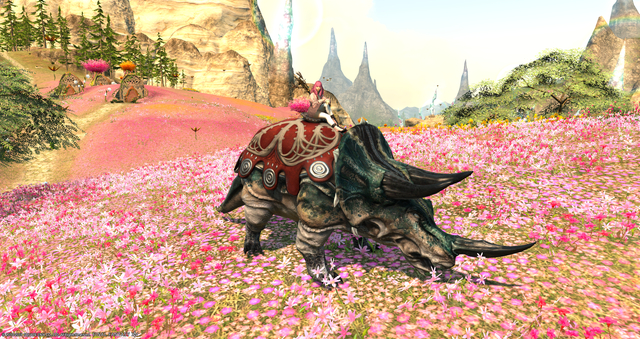 The Centurio Tiger is a ferocious beast that will take players a long time to acquire. This particular mount is a reward for the “You Got Game” achievement, which requires players to complete the “Bring Your A Game V” and “Bring Your S Game V” achievements. 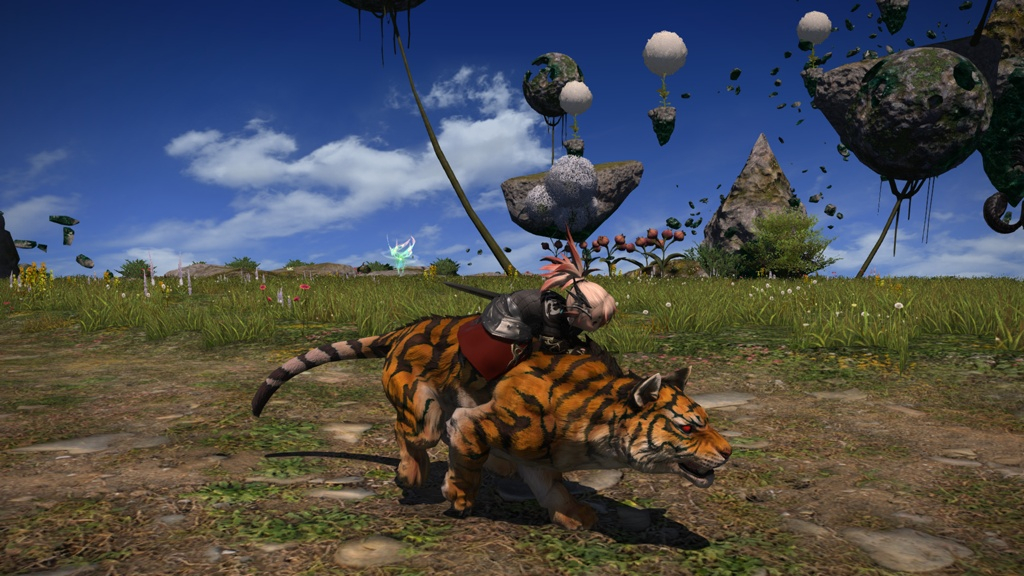 This unique mount encloses the player in a metallic outfit and is sure to grab your attention with its unusual appearance. Mount Construct VII can be obtained as a reward for the achievement “One Steppe At A Time V”, which requires players to lead any of the three Great Companies to 100 victories on Onsal Hakair.

Onsal Hakair is part of the PVP Frontline mode, where players fight each other as part of one of three teams. Each team consists of 24 players, so it will take a long time to win. 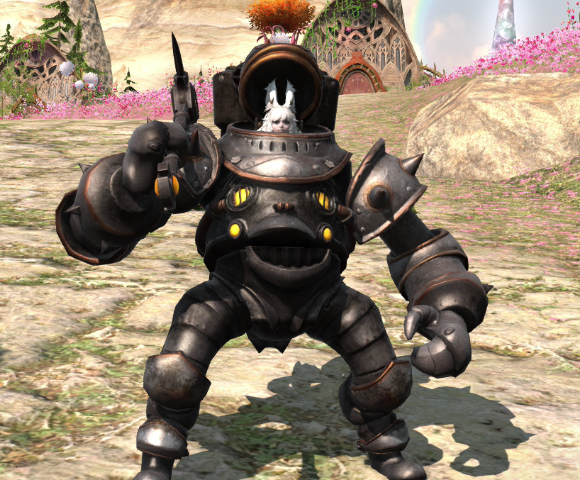 Morbol is disgusting, but it also has a unique way of carrying its player. This particular mount can only be obtained by the Blue Mage class and is a reward for achieving “True Blue”. 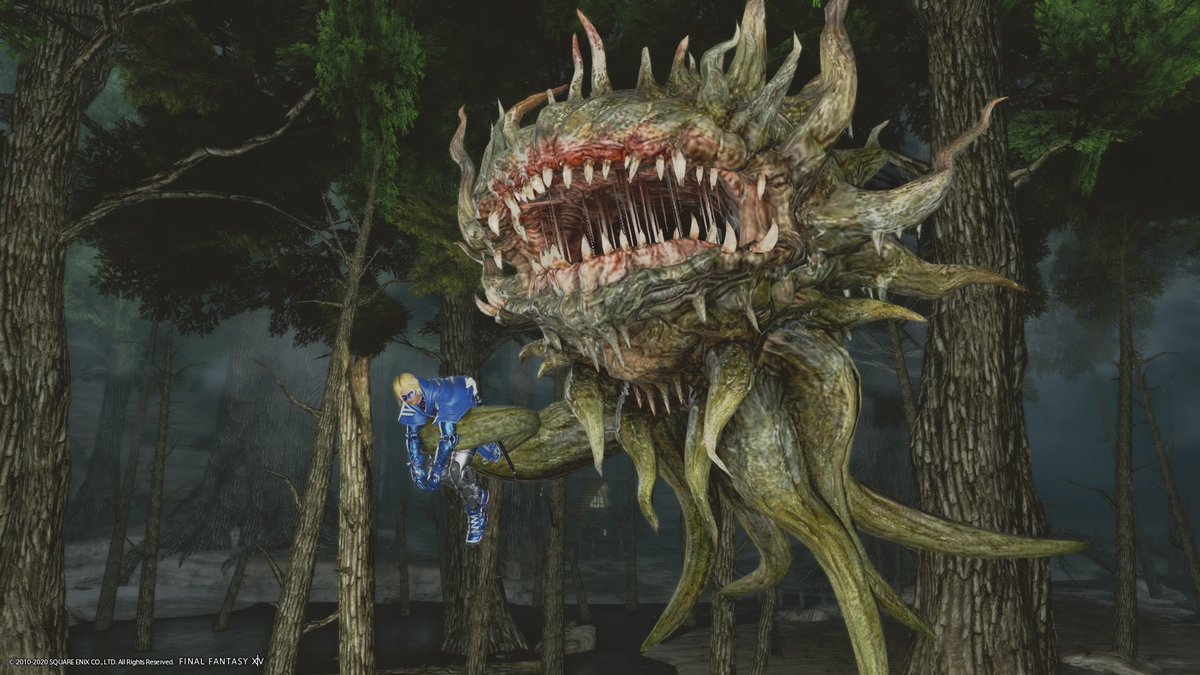 Mount Gloria-class Airship is a charming miniature airship that the player stands on. This mount is a reward for completing the You Are What You Eat IV achievement, which requires players to win 200 Feast matches.

First introduced in patch 3.21, Feast is a competitive PvP mode in which players are thrown into the arena and must try to steal their opponent’s medals. This mode has different seasons with its own special rewards, including mounts, but they are only available for each season separately. Gloria-class Airship is always available if the players meet the requirements. 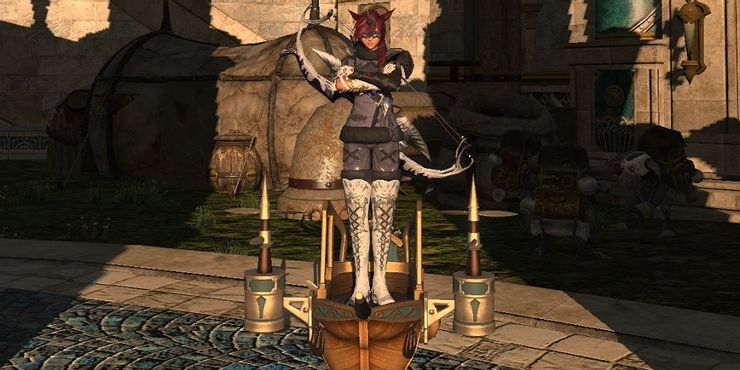 Flame Warsteed is a reward for the achievement “A Line In The Sand IV” which requires players to win a total of 100 Frontline wins as a member of Immortal Flames. In this regard, the mount is identical to Serpent Warsteed, only it is issued for participation on behalf of another Great Company.

Winning Frontline is harder than you think, because winning depends on teamwork as much as it does on the individual skills of the group members. If players are not sure of their current skills, it is better to try only with a pre-assembled party from your own acquaintances. 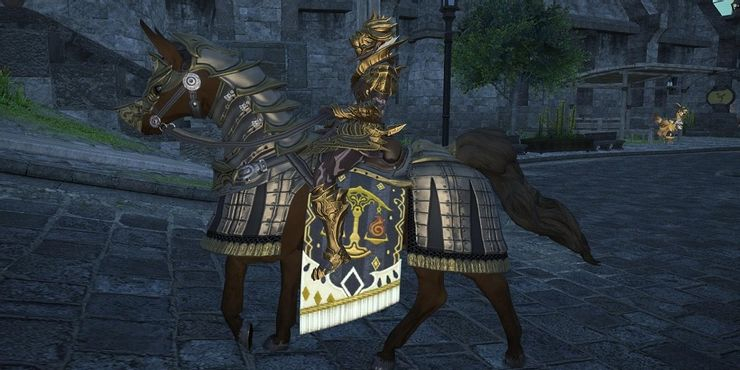 Serpent Warsteed is a reward for completing the A Line In The Glade IV achievement, which requires players to earn a total of 100 Frontline victories as a member of the Order of the Twin Adder.

Frontline is one of the main PvP modes available to players in the game, and consists of three opposing teams, each of which represents one of the Great Companies. Each team consists of 24 players, for a total of 72 players on the battlefield. 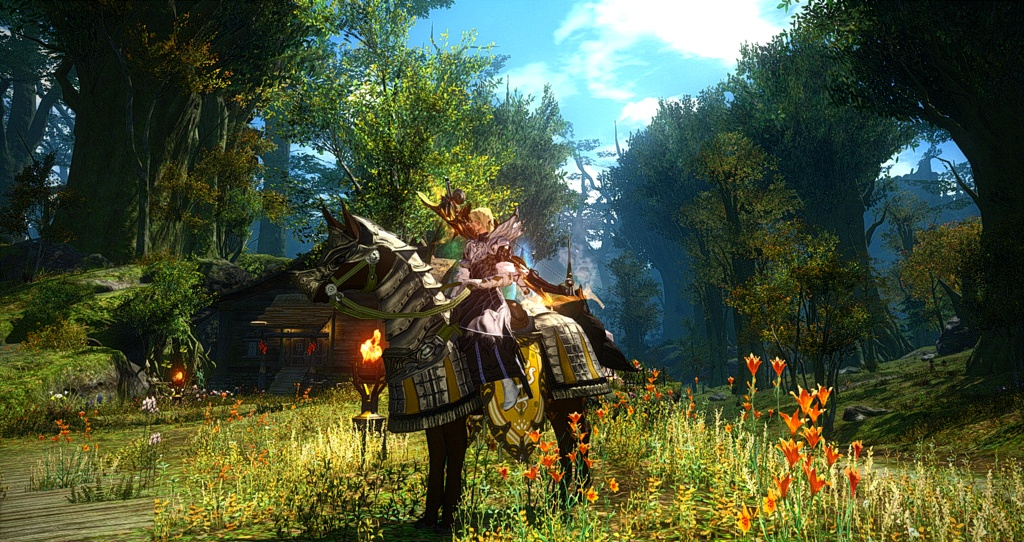 A mount doesn’t have to be particularly detailed, complex or massive in order to be rare and desirable. Sometimes the simplest things are proof that the player has gone through all the steps and is one of the most experienced people (or mikoto) in all of Eorzia. The Aerodynamics System mount is a great example of this. This floating sphere has some pretty good effects, amazing sound design and floats easily in the air, but it is because of the way it is obtained that it is so rare.

To obtain the Aerodynamics System, players must join any of the Grand Company and win 100 matches on the Field of Fame. And given that PVP in the game is not the most popular way of spending game time, it will take a lot of time. 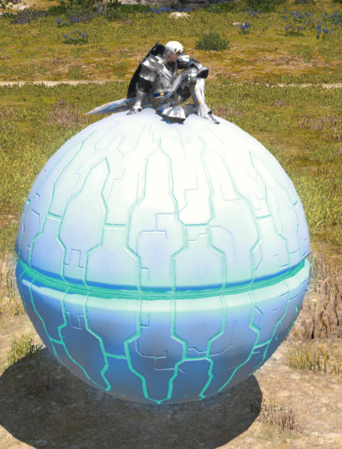 Battle Tiger is a reward for players who have earned the “Tank You, Gunbreaker III” achievement. To complete the achievement, players must complete 300 dungeons as a Gunbreaker class, with the required dungeons being level 61 or higher.

Roulettes only count if they give you a daily bonus, so you can only earn passes once from each eligible roulette. Similar mounts exist for other tank classes, but since Gunbreaker is one of the last added classes, this means that Battle Tiger is one of the rarest mounts. 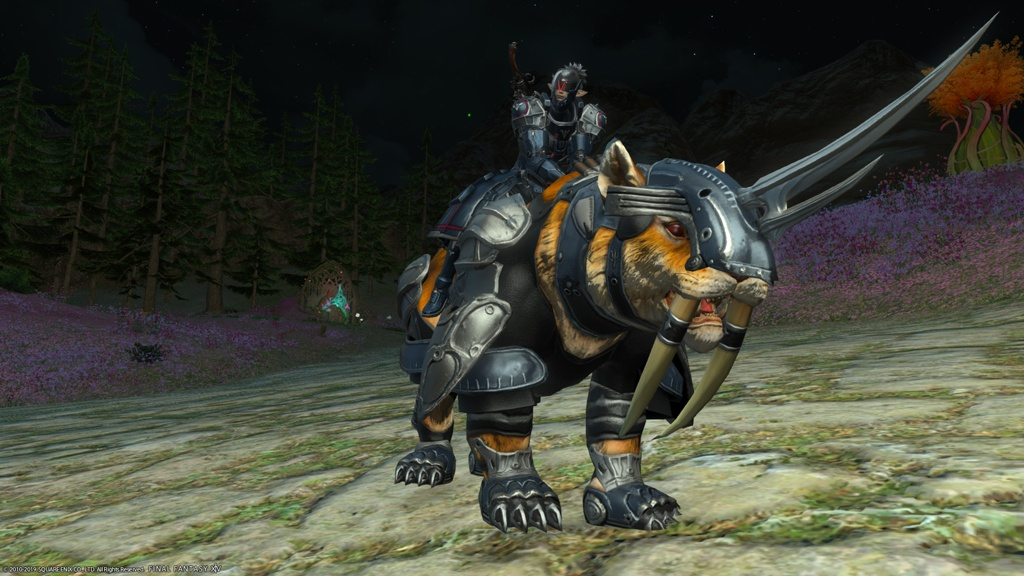 Some players enjoy roaming dark dungeons and battling powerful bosses, but there are those who live for the thrill of battling real players. Final Fantasy XIV manages to maintain a healthy, albeit not very popular PVP scene, and the developers try to spice up all players with valuable gifts, including great customization sets and mounts.

Magitch Avenger A-1 is a stunning armored gorilla-like mount. The mount is only available to players who have won 100 matches in the Hidden Gorge, which is no small feat! 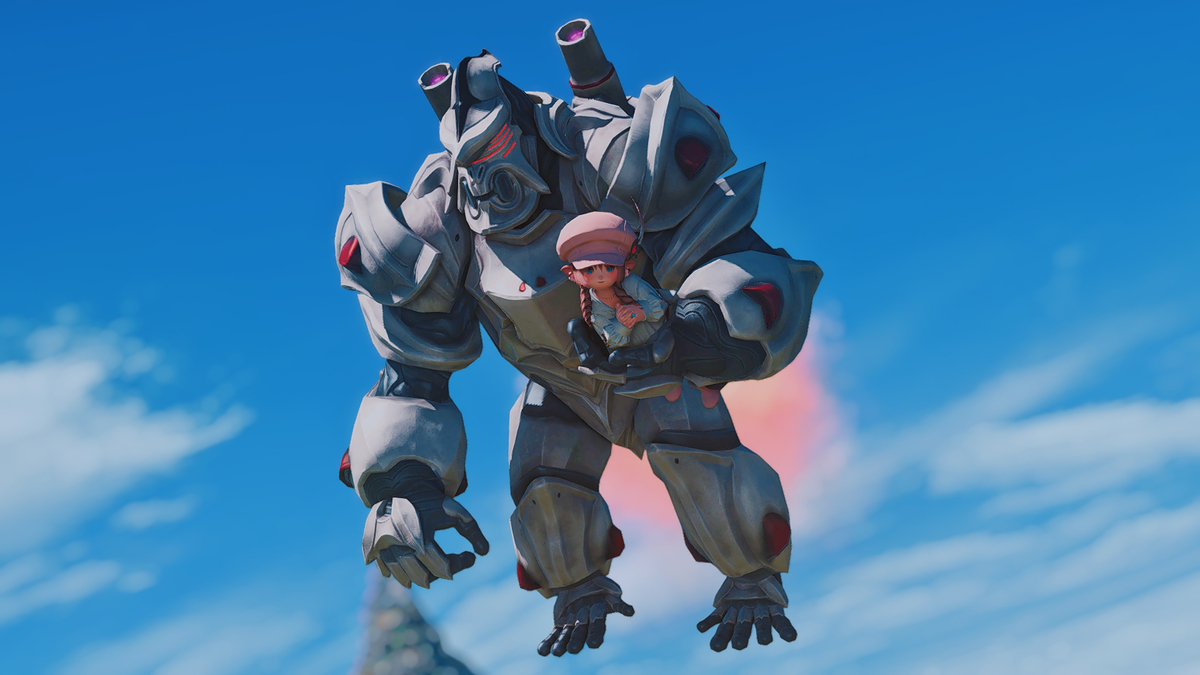 Triple Triad is one of the most addicting minigames in Final Fantasy XIV, but how can players prove they are truly proficient in the game? One of the best ways is to get the Magicked Card mount.

To grab this elusive and rare mount, die-hard fans of the Triple Triad will need to collect all of the game cards numbered 1 through 312. This is definitely a waste of time as some cards are incredibly difficult to obtain. 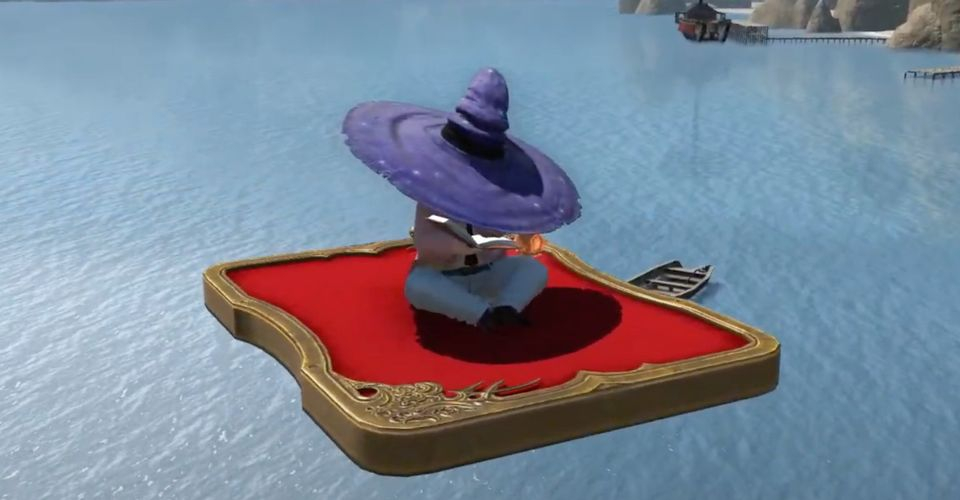 So, stop – in what sense, is there an even more expensive mount? Those looking for an even brighter and more luxurious symbol of their immense wealth can choose Gilded Mikoshi. As with the Resplendent Vessel Of Ronka, the only way to gain this massive golden throne is by throwing gil the size of the gold reserve of the Russian Empire at it.

Those who thought the Resplendent Vessel Of Ronka was a mindless waste of money on useless things will be shocked by the 50,000,000 gil price tag for Gilded Mikoshi. There is a lot of money, little sense, but you will be the first guy or girl in the village. 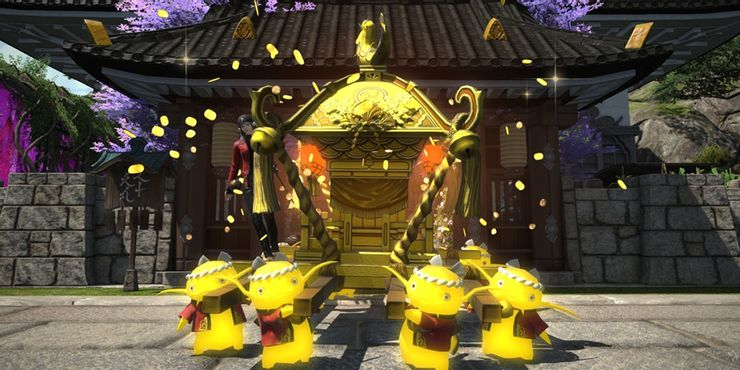 In some MMORPGs this is extremely frustrating (especially for new players), but sometimes the only way to get something extremely valuable is to have deep pockets. There are tons of ways to get the gil in FFXIV, but players looking to ride the Resplendent Vessel Of Ronka will need a cart and small cart to get it.

The only way to get this super shiny version of the mount is to invest some serious money. To buy this mount you only need 25 million gil and tremendous willpower when you part with this money. 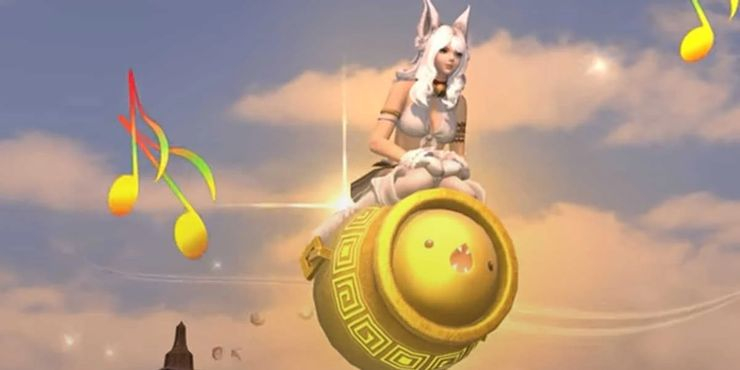 The Last Night will “return” in 2022, says developer
Recent Posts
You may also like