Skip to content
Home » Horizon Forbidden West: How to be one step ahead of your opponents 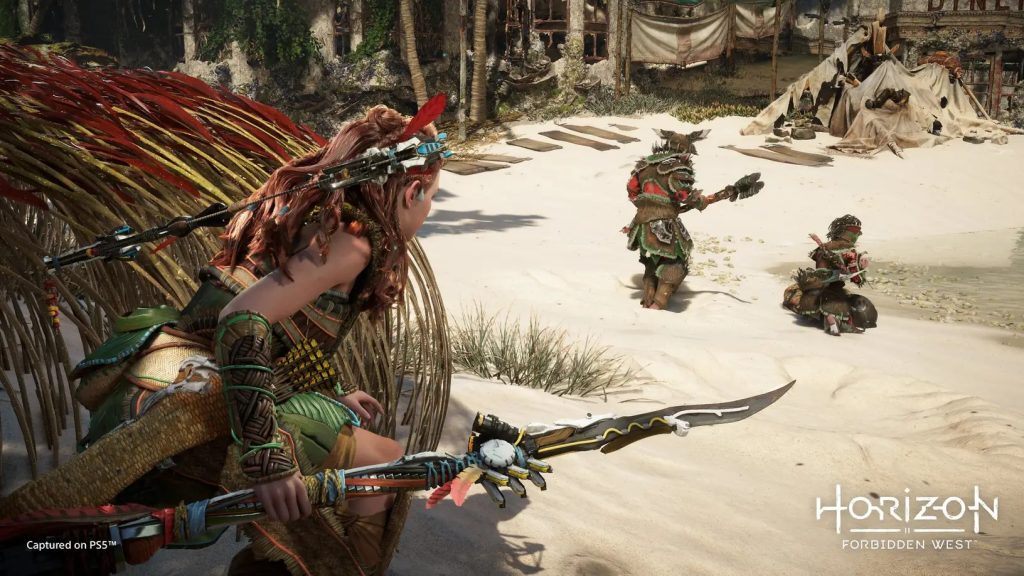 In the fifth article in the PlayStation blog post, the Guerrilla Games studio reveals new details about the fighting system, but also about the threats that await the heroine Aloy in Horizon Forbidden West.

You can even find out from Charles Perain, Combat Designer, and Richard Oud, Gameplay Animation Director at Guerrilla, what they wanted to achieve through the process of creating a more advanced combat system compared to Horizon Zero Dawn, but also how they managed to continue to build on the principles of player freedom and freedom of choice during the battles of Horizon Forbidden West.

If you’re curious about what to expect from the world of Horizon Forbidden West, you can check out the PlayStation blog to read more on this topic and admire the new gameplay GIFs!

The full Horizon Forbidden West series can be found on the PlayStation Blog:

• Article 3 – (Re) building the incredible machinery in Horizon Forbidden West

Horizon Forbidden West will be released on February 18, 2022, in versions for PlayStation 4 and PlayStation 5.

[TGA 2022] Warhammer: Vermintide 2 has received the “Warrior Priest” expansion, which includes a new profession for Witch Hunters
Recent Posts
You may also like