The Endwalker DLC for MMOPRG Final Fantasy XIV has been released. The passage of the new content will take more than a dozen hours, but already now we can say that the development team managed to meet the Shadowbringer bar and adequately complete the arc of confrontation between Gaidelin and the Zodiark, which lasted more than 10 years. I’ve already played Endwalker enough to get my first impression, but it is simply impossible to complete the entire expansion in a few days. 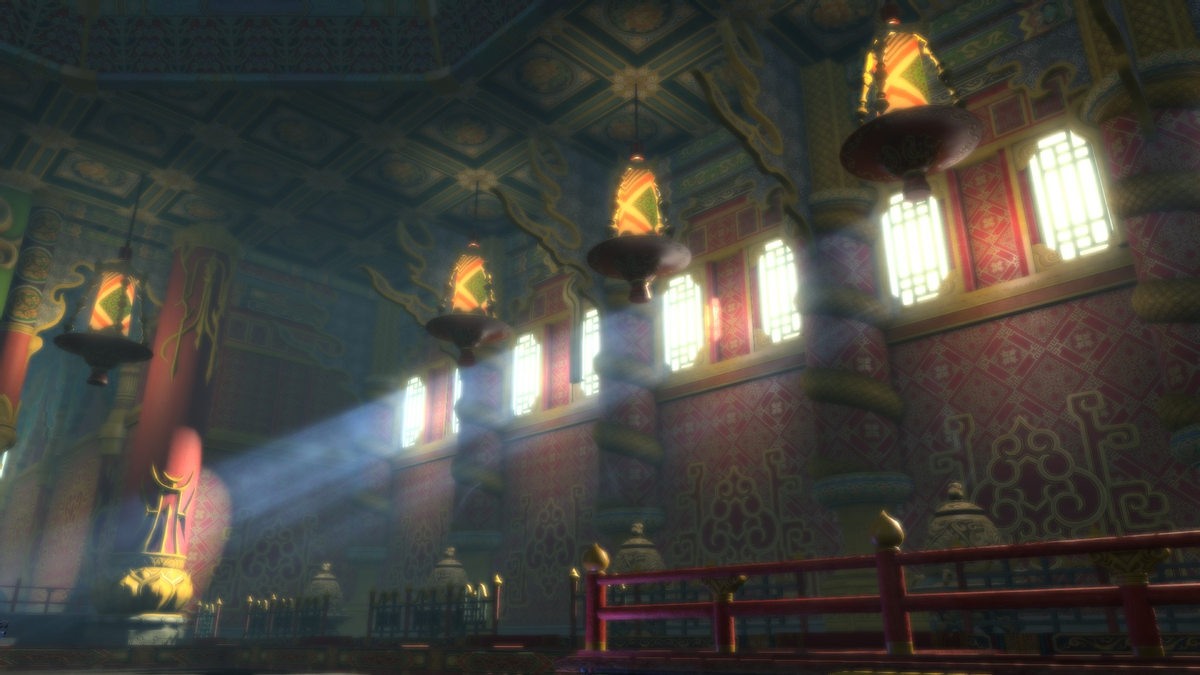 There are no spoilers in this material, and please refrain from them in the comments, since, first of all, Final Fantasy XIV is a story-driven game.

Queues and various bugs have long plagued most MMOs during the release and release of add-ons. Endwalker is no exception. Many players have faced this unpleasant problem since December 3rd. There were too many pre-ordered add-ons and the login server cannot cope with so many people who want to enter the game.

I was lucky and I did not meet any errors and queues on my server. On average, completing the main story takes over 50 hours, but besides this quest chain, Endwalker has a lot to do. 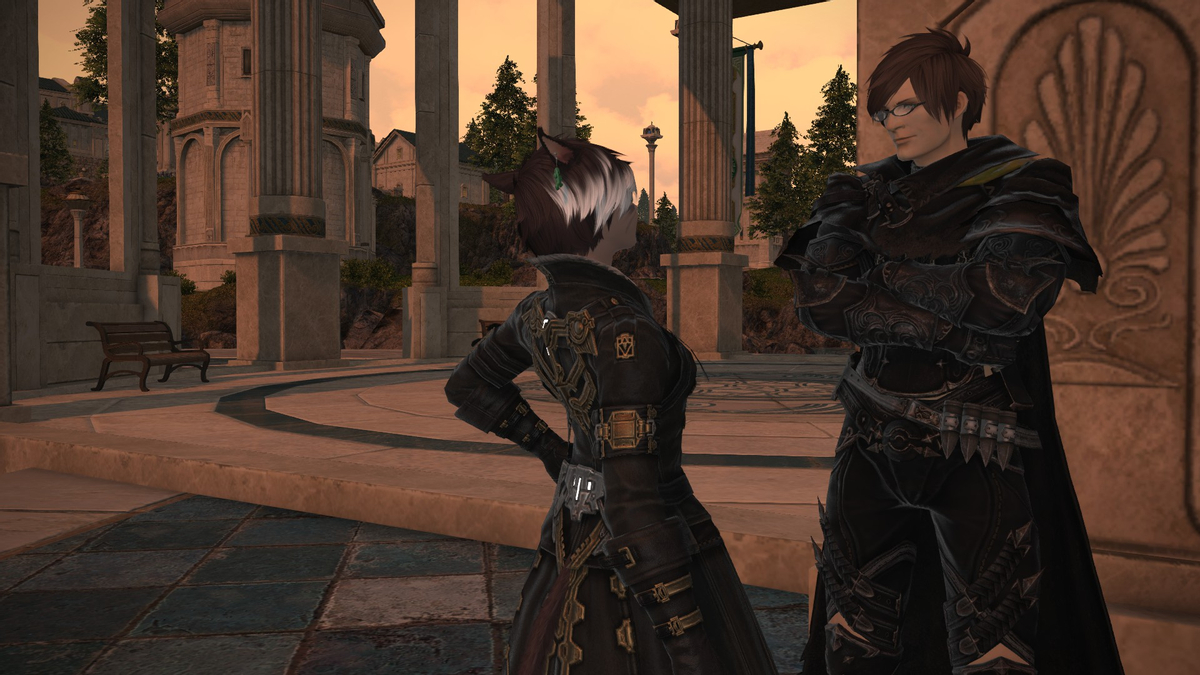 As before, the game has a huge number of cut scenes, gorgeous music, interesting quests. But many dialogues still remain without voice acting, and the addon Tataru Helper, which works properly even after installing a new patch, assiduously helps with poor knowledge of the English language.

In addition, several story and side dungeons appeared at once, as well as three trials (trials), not counting their extreme version. I went through all the story dungeons with my partners through the Trust system. The AI ​​has improved slightly since the days of Shadowbringer, and if you compare the current party of NPCs with the mercenaries that appeared in A Realm Reborn, this is heaven and earth. The developers tried to provide the most comfortable passage with partners and they succeeded. Moreover, now one of the trials can also be completed alone, using only NPCs as a group.

In order to avoid spoilers, I will not disclose the locations and bosses, but I can say with confidence that many of them are quite difficult, especially in their extreme versions. Some bosses have new mechanics. 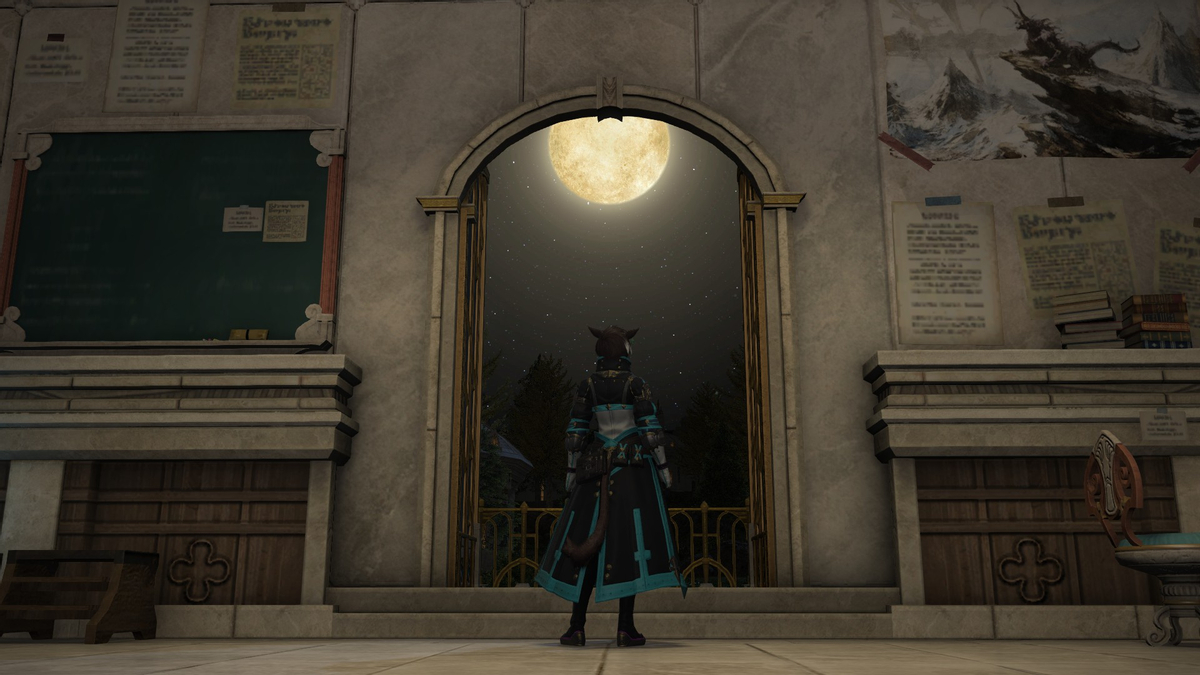 On the technical side, throughout the entire leveling, I did not meet a single bug. Apart from server login errors during queues, the add-on is literally licked to a perfect state.

The Endwalker has two new classes at once: the Reaper and the Sage. So far, I have not been able to get them to the maximum level, but already now we can say that the Reaper will not be the easiest to learn, but a very strong damage dealer, and the Sage is more like the Priest in the Disciplines branch from WoW, and has great potential. The Sage relies more on shields, he can heal with the help of offensive abilities and he has quite complex combos that you need to know at what point to apply the right one, and the Reaper relies on combo attacks and the scale of summoning his avatar. I will not dwell on these classes in detail, but if you would like to learn more about their mechanics, you can familiarize yourself with the reviews of the Reaper and Sage that previously appeared on our portal.

Many other classes have also changed. So, for example, my main – Gunbreaker simplified the use of combo attacks and added new abilities. In general, it became more interesting for them to tank, but unlike the Summoner, it practically did not change.

The adjustments were made for such classes as Ninja, Monk, Samurai, Dragun. Also, Bard began to feel much better, and the aforementioned Summoner received an almost complete rework of his abilities. 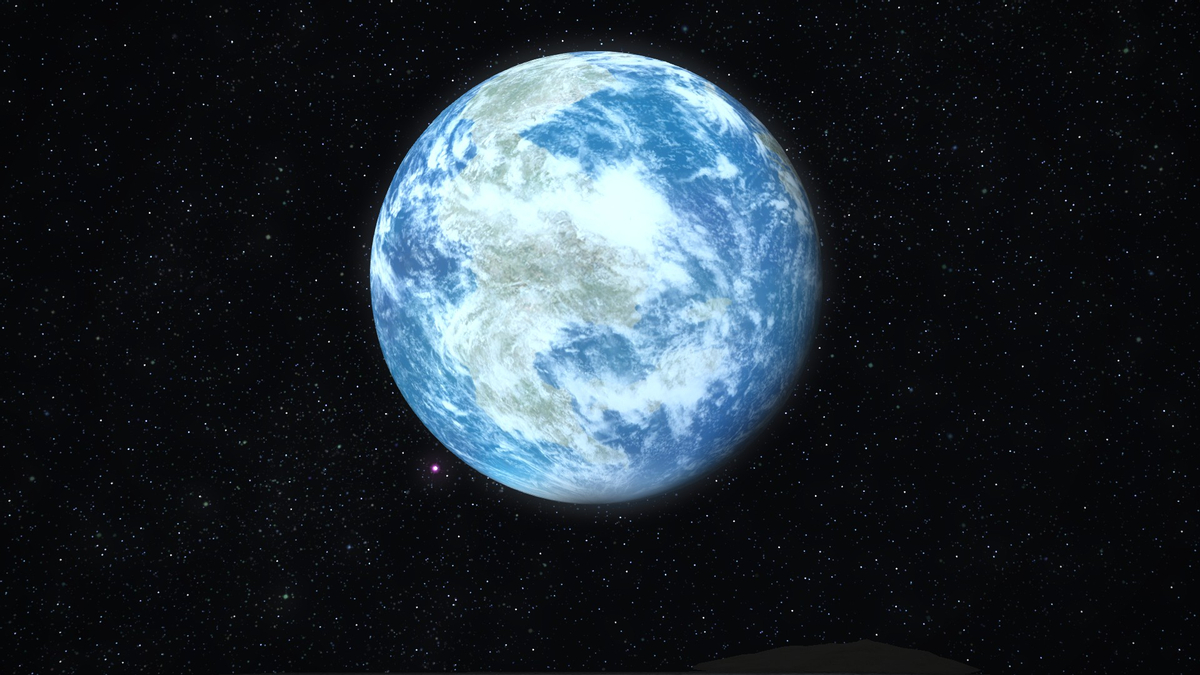 In addition to the combat classes, the gatherers and artisans also received their portion of the changes. Crafting, already interesting, is now more understandable to master. And due to the fact that gatherers now extract only ordinary resources, without a chance to get high-quality ones (HQ resources have been removed from the game), the space in the inventory is not clogged up as quickly as before.

The game has a new Guild Hunt, two new tribes of beastmen and new rewards for completing open tasks (FATE) in Endwalker locations. Added a huge amount of new resources, aquarium and common fish, furniture and other cosmetic items. In addition, the game has a Training Camp, where you can hone your skills.

With the release of the add-on, a system for improving the soundtrack became available – Immerse Splatian Audio. This feature is not free, but you can test it with a two-week free trial. With the help of Spatial Audio, you can customize the sound for your own ears (they even have to be photographed). Immerse Gamepack is a fully integrated 360-degree surround sound that takes FFXIV’s already gorgeous surround sound to the next level.

Unfortunately, the developers did not increase the amount of space in the glamor closet, but due to the fact that belts were removed from the game, there are now more slots for equipment in our gear bag. 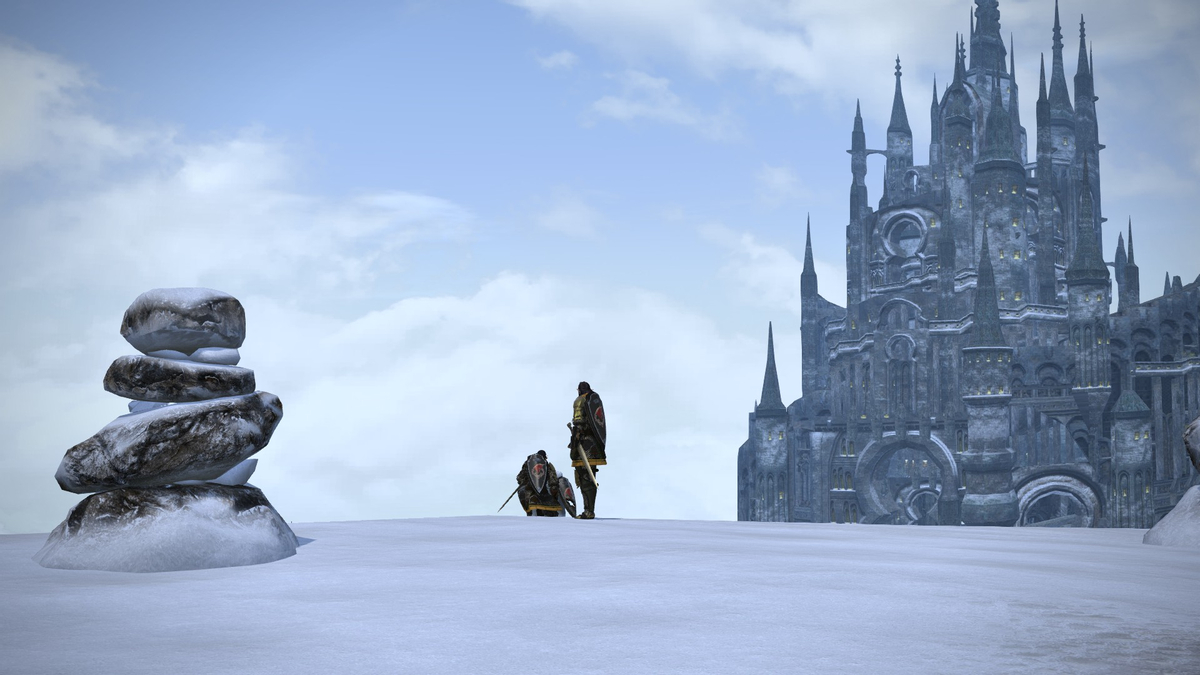 The cost of teleports has also been adjusted and now it depends on the distance. In cities, the interface for teleportation through aterite crystals has been changed. During the passage of the plot, you will be able to notice a large number of support tasks, which, fortunately, are performed very well. There is no situation where you have to crawl across the entire location on foot with a slowly walking and constantly stopping NPC.

Starting with Heavensward, the FFXIV developers have shown players a high quality storyline and with each expansion the bar has only increased. The previous addition, Shadowbringers, has become a benchmark for many MMORPG fans. An exciting story, interesting turns of events and charismatic characters will be remembered by the players for a long time. Endwalker is no exception. The add-on managed to adequately continue the plot and present the Warriors of Light with many surprises.

Earlier, Naoki Yoshida said that a story that has been going on for 10 years has come to an end. The Endwalker story completely covers the story arc of the confrontation between Gaidelin and the Zodiark. This gives developers the opportunity to move forward and tell completely new stories from the world of Eorzia. 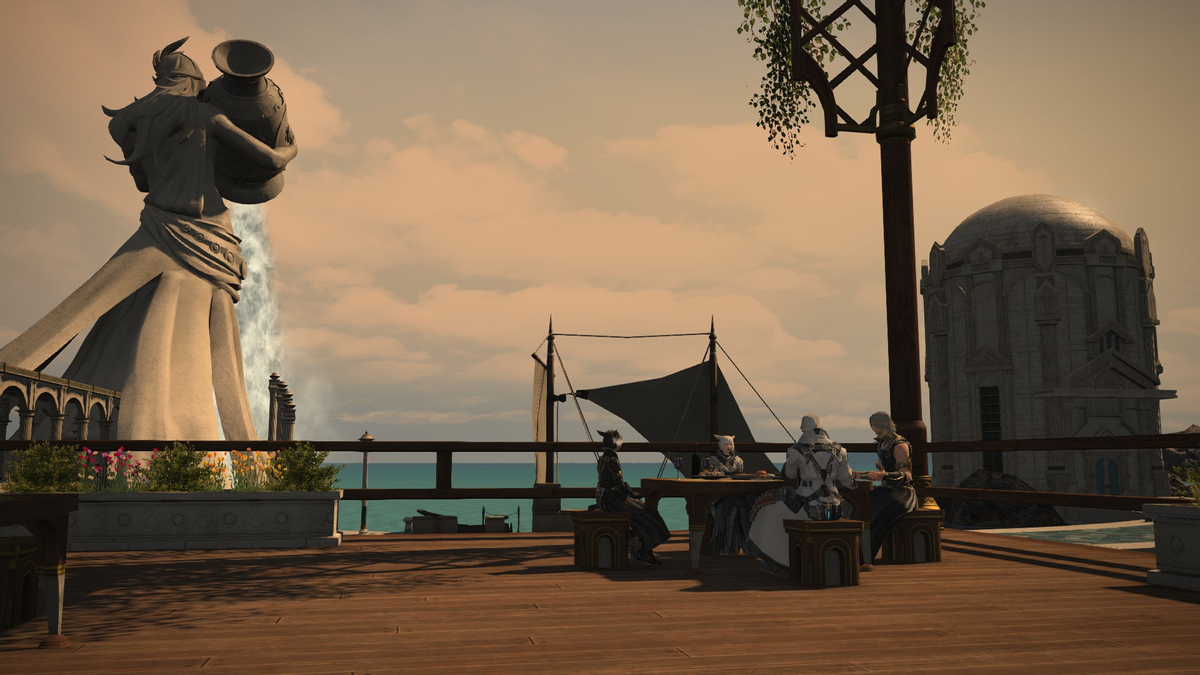 Yoshi-P did not lie either that already at level 83 of the main quest chain, players will have the impression that the game is over. Endwalker is filled to capacity with events and meetings with both new and old acquaintances. Of course, at level 83, nothing ends, but only gains momentum.

Unlike its predecessor, the add-on starts very slowly and judging by the discussion on reddit, users were divided into those who are satisfied with the speed of progress in the story, and those who think that it would be possible to cut down on “boring quests”. It seemed to me that up to levels 82-83, the expansion really starts slower than Shadowbringers. This is due to the fact that the writers are trying to change the narrative from more calm to fast and rich, in order to allow the player to fully immerse themselves in the story and learn new locations better.

Final Fantasy XIV: Endwalker asks very deep philosophical questions and reveals not the most simple topics – the laws of the universe, emotions and feelings, life in general. Good and Evil here is not Black and White, but the final … Find out for yourself.

Unlike Shadowbringers, Endwalker will close the story arc as early as Patch 6.0, but that doesn’t mean players won’t see the content again until the next expansion. In addition to new storyline quests, 6.1 will add the Pandemonium raid, changes and a new season in PvP, your own island and much more. The developers are trying to release content updates at least once every three months, but due to the pandemic, the schedule has been lost. Hopefully, the 6.1 release date will be announced soon. 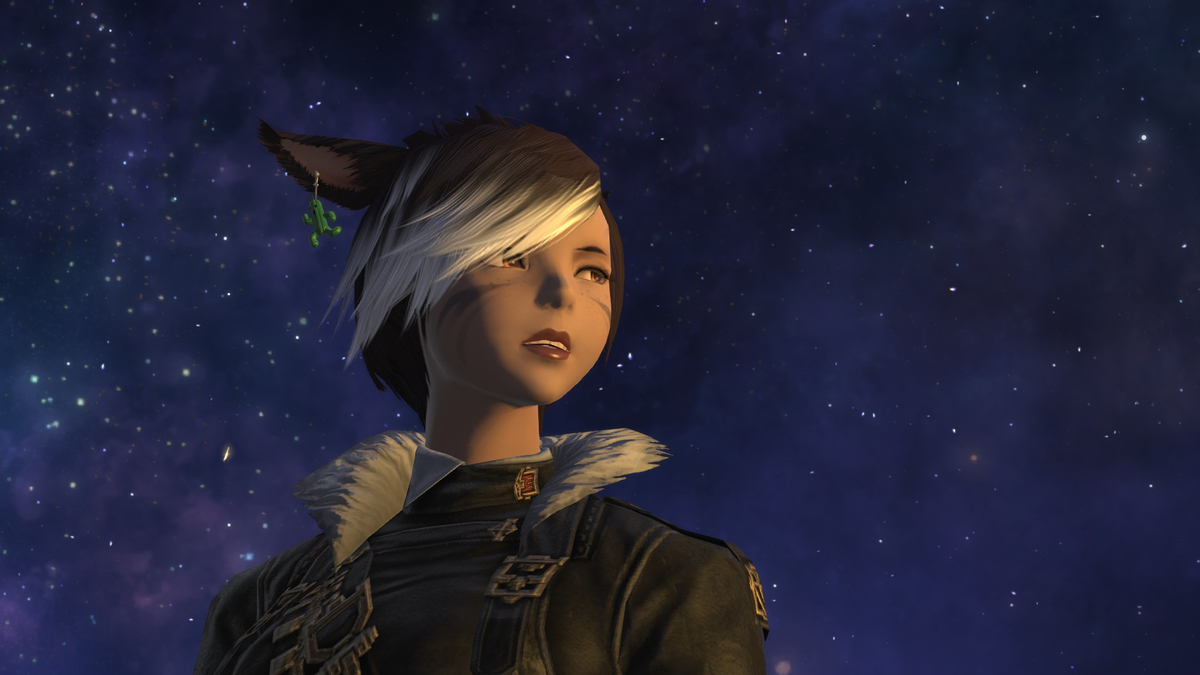 Endwalker has just started, so we still have a lot of updates and news ahead. So far, what I see I like. If FFXIV were a single-player game, and Endwalker was one of its DLC, I would confidently give it 9 out of 10, but since we are faced with an MMORPG that is constantly evolving and growing, ratings are inappropriate here.

Of course, Endwalker is far from perfect and it can be seen that in many aspects the developers used their old ideas. But at the same time, largely due to the high-quality and deep plot, as well as the musical accompaniment, it is simply impossible to tear yourself away from the supplement. In the process of passing, I repeatedly found myself just stopping in the middle of the location and enjoying the beautiful views and music. The developers managed to convey the atmosphere very well and surprise with new turns of history.

I understand that many of you may find the game boring due to the lack of global PvP or due to the number of dialogues and cut-scenes and the lack of the Russian language. However, this is precisely where its uniqueness lies. Final Fantasy XIV: Endwalker is ready to tell its tale. Although the story of Gaidelin and the Zodiark has come to an end, other adventures and unexplored lands await us ahead, in which we have not yet heard of the Warrior of Light. The development team has something else to surprise the players. The content release plan is designed for at least several more years ahead. 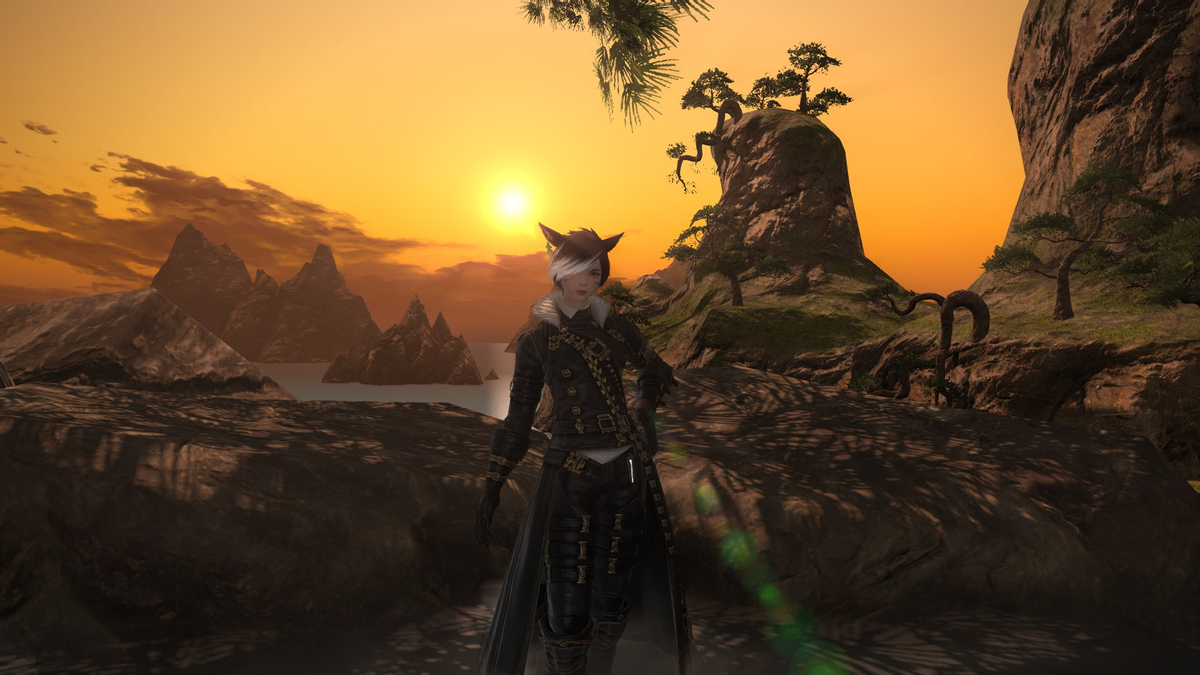