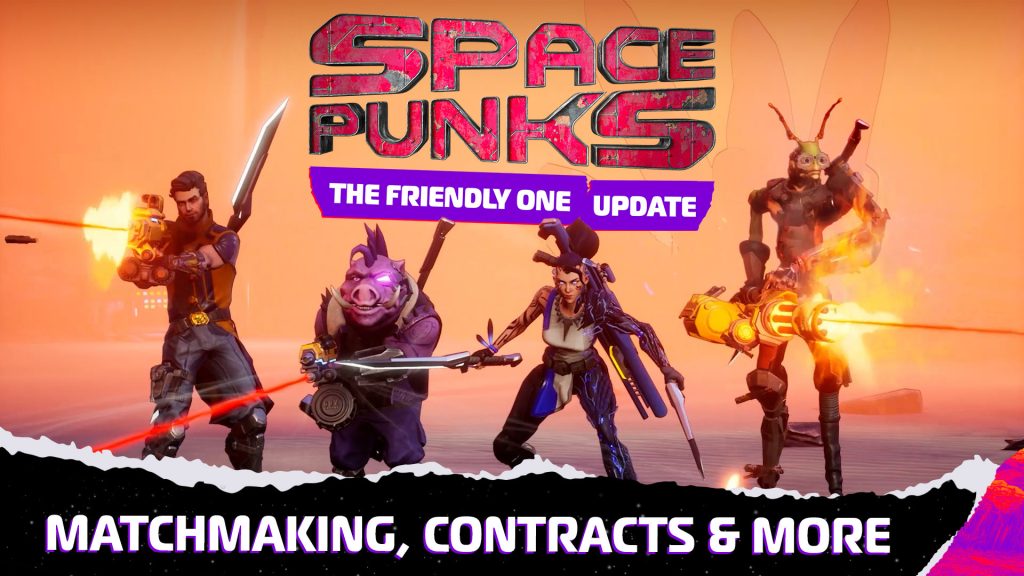 Polish studio Flying Wild Hog has released a third Early Access content package for the Free-to-play Space Punks looter-shooter. As the name suggests, “The Friendly One” makes the interaction between players easier, bringing improvements to the party system and a new design for the interface dedicated to in-game interactions.

Following the “The Crafty One” and “The Talented One” packages, which focused on the game mechanics of Space Punks, the new “The Friendly One” patch focuses primarily on the back-end enhancements to make the experience gameplay and easier and more enjoyable player interaction. The new patch implements a new party system, making it easier to create, join or leave player groups. Also, from now on, it will be easier to reconnect with the players you have already met in the game world, and you can invite them to the Devil’s Gambit hub.

The list of improvements that focus on the continuous user experience with the new social interface, which will amplify the effect of “back end” changes. Improvements have also been made to the Space Punks contract system, along with daily and weekly challenges. To make the game more user-friendly, players will be able to track the progress of challenges during missions, receive pop-up notifications to track progress more effectively, and clearer clues when a task on the list has been completed. . The new patch also balances the gaming experience and includes multiple bug fixes.

Michael Kuk, the leader of the Flying Wild Hog studio in Krakow, who is also the Game Director of Space Punks, said:

This update gives Space Punks players the opportunity to explore the multiplayer side of the game, reaffirming our intention to provide a constantly improving live game through Space Punks. Being a project where the community has a say, user feedback is crucial to the design of the game. We want players to return to Space Punks with pleasure. It’s hard to believe that it’s only been a few months since we released the Early Access version, but we’re excited about everything we’ll be adding to Space Punks in the near future, and we look forward to introducing the news to the fan community.

For more details on the “Friendly One” patch and the full list of enhancements, visit this link.

Those who haven’t taken advantage of Early Access’s benefits and bonuses can do so by purchasing one of the Founders Packs from the Epic Games Store: