Thousands of angry and furious fans were not happy with the game GTA: San Andreas, as well as GTA: Vice City and GTA 3 from the collection GTA: The Trilogy, and therefore completely collapsed their rating.

Gamers greeted the release of the Grand Theft Auto: The Trilogy – The Definitive Edition trilogy with the remasters of GTA: San Andreas, GTA: Vice City and GTA 3 extremely negatively. giving him the lowest marks. It is worth noting that at the moment on none of the platforms, including PC, PS4, PS5, Xbox One, Xbox Series S | X and Twitch, the average game score does not exceed one in ten. The highest score is on the PS5 console – 0.9 out of 10, and the lowest on the Xbox One console – 0.4 out of 10. The average score across all platforms is approximately 0.6 out of 10. 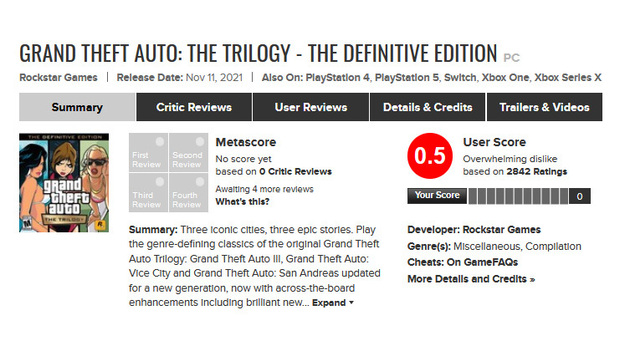 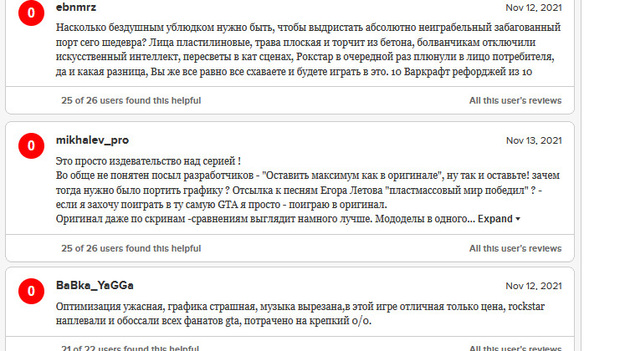 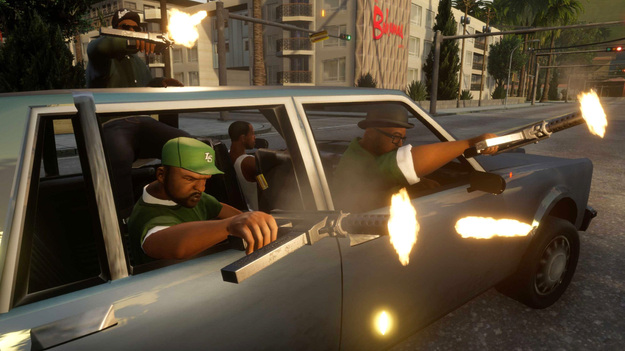 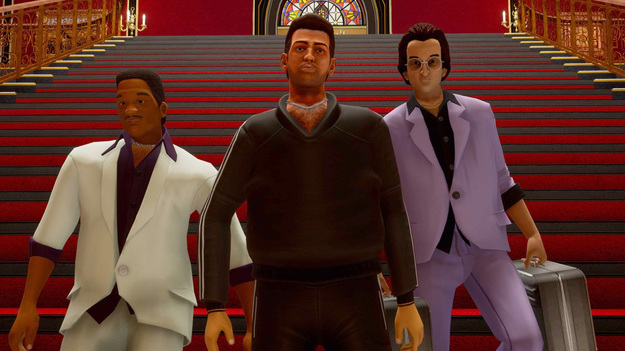 In their reviews, numerous players describe their negative impressions of the game. Fans of the GTA series criticize the poor graphics and optimization of the new GTA games: San Andreas, GTA: Vice City and GTA 3, as well as a large number of bugs and other aspects. “This is so bad. There are a lot of bugs and terrible graphics. Older games are better than this, ”wrote one user. “Something good can only be said about the improved lighting and new look for games. But any good emotions and feelings of nostalgia are completely covered by terrible controls, misspellings, terrible character models, terrible weather, cut radio, glitches, glitches and other oversights left from the original games, ”another commentator criticized GTA: The Trilogy. “This is the worst thing Rockstar has to offer GTA fans,” a third user was disappointed. Many other fans have complained about all of the same problems. According to some, GTA: The Trilogy is “the worst remaster they’ve ever seen.”

It is worth noting that the release of GTA: The Trilogy with remastered games of GTA: San Andreas, GTA: Vice City and GTA 3 on PC, PS4, PS5, Xbox One, Xbox Series S | X and Switch took place on November 11, 2022.

Hegemony: Philip of Macedon in Development
Recent Posts
You may also like