Skip to content
Home » Is it possible for the MMORPG genre to return to its former scale?

IMOs were born about 30 years ago. When 3DO released their modest experimental project, Meridian 59, hardly any of them expected them to help spawn an entire game genre that would soon be spinning hundreds of millions of dollars. Since then, a lot of water has flown under the bridge and MMORPGs have changed a lot.

In the mid-2000s, MMORPGs went through a meteoric rise. If earlier the most popular MMO was played by several hundred thousand users, now the account was in the millions. It seemed that the future of the entire gaming industry was behind MMORPGs. But today, many talk about this genre in the past tense, remembering how good it was once, and that nowadays MMORPGs are just a dull shadow of the past glory. Is it so? If so, does the genre have a chance of rebirth?

The golden age of MMO

When talking about the “old days”, when MMOs were at the peak of their popularity, people are often mistaken. MMORPGs have never been wildly popular. World of Warcraft was wildly popular. All other titles that came out in the 2000s and 2010s followed WoW, trying to copy it in all basic aspects. Sometimes the developers of these titles timidly added a couple of their own ideas, which were then spied on by Blizzard and implemented in their game.

No one could have predicted the explosive popularity of World of Warcraft. Mike Morheim – one of the co-founders of Blizzard – admitted that the team planned to settle in their small niche, and then, if possible, slowly develop the game further. However, WoW turned out to be a mixture of hitherto unseen social gaming aspects and gameplay mechanics, backed by the name of one of the most famous franchises in the history of video games, and to which this phenomenon was born.

A series of failures

With World of Warcraft sitting on its golden throne, a bunch of studios of all sorts wanted to enter the MMO market, which has grown much larger thanks to Blizzard’s creation. Zero was the time when new MMORPGs sprout like mushrooms after the rain.

The Lord of the Rings Online came out in 2007 and was quite successful commercially, but it couldn’t even come close to WoW in terms of the number of subscribers. And this despite the most famous name in fantasy and the wildly popular Peter Jackson trilogy, released a few years ago.

Warhammer online was intended to be a hybrid of the Dark Age of Camelot and World of Warcraft. In theory, it was supposed to be an alliance of the best PvP at that time with the best PvE. In practice, it turned out to be a game with one of the most crooked combat systems and a catastrophic lack of content. Five years later, the project was closed, and the development studio was liquidated.

Tabula rasa from Richard Garriott himself – the game maker who was behind the creation of the legendary Ultima Online. Who if not he can make a new breakthrough and take the palm from Blizzard? As a result, the game didn’t even last two years. We must give the game its due – Tabula Rasa was not just an unsuccessful copy of WoW, but an original ambitious project. As is often the case with creative characters like Garriott, the ideas were very interesting, but then a harsh reality knocked on the door.

Rift Online was released at the end of the “golden age” MMORPG. By that time, many developers had already realized that copying the most popular game did not guarantee a repetition of its success, but Rift decided to step on the rake beloved by the genre one more time. The game has interesting ideas, such as a flexible class system that allows you to freely mix different classes, but this turned out to be not enough. The game is still alive, but the remaining working servers are practically empty.

The Matrix Online… The First Matrix revolutionized the action movie genre. After her, slow-mo was inserted into almost every second film for another ten years. However, MMO failed to replicate the success of cinema. The game passed from hand to hand, changing publishers and developers, and four years after its release, it still caught a bullet and sank into oblivion.

The development of an MMO takes many years and therefore has a high inertia. After new projects failed over and over again, or did not bring the predicted profit, the market slowly began to understand that the MMO genre is not a gold mine, as it seemed to them.

Over time, the gold rush passed, and Western companies systematically scrapped plans to develop new MMOs. Veterans of the genre lamented that MMORPGs were dying, and shed a mean tear, remembering the good old days. This period saw the rise in popularity of public funding platforms such as Kickstarter and Indiegogo. Some developers smelled an opportunity to make money and went to these sites. Many of these new studios have promised to make the good old MMO that everyone has missed. 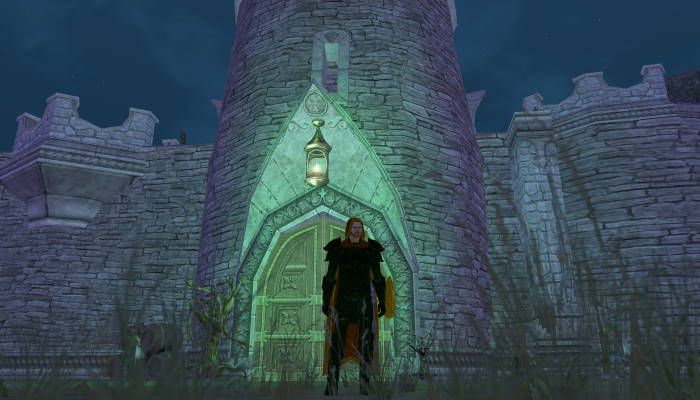 The former owner of the firm Mythic, responsible for the cult Dark Age of Camelot, went to Kickstarter. He promised to make a new DAoC, only better. 6 years have passed, and today it has become clear to everyone that promises will never come true.

Studio Visionary Realms announced that it is going to make an MMO in the “best traditions of the first wave of MMORPGs.” Trying on the image of old-school game makers, the new studio announced that it was going to make a real MMO for true fans of the genre. It was in 2014, and their game is still in Alpha, and the head of the studio still regularly gives interviews on all kinds of sites, radiating unshakable confidence.

Perhaps the biggest disappointment among Kickstarter projects was Everquest Next. This MMO was supposed to stand on the next stage in the development of the genre. Sony took over the development itself. We were promised a huge world, voxel destruction, advanced AI and so on and so forth. In fact, Everquest Next turned out to be one big scam, and many who followed the project at the time concluded that the developers never planned to release the game at all.

The failures of all these projects only reinforced the negative image of MMORPGs. All of these low-budget gadgets, half of which turned out to be cheating to siphon money from nostalgic gamers, looked like the death throes of a once popular genre.

Is it all bad? 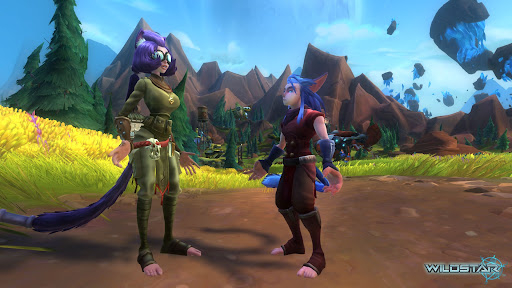 In recent years, there has been a perception that the MMORPG genre is in decline. The fact that there are far fewer new MMOs in the West than they were ten years ago is an indisputable fact. The biggest blow to many fans of the genre was the disastrous release of Wildstar in 2014. Many had high hopes for this game, and all indicated that Wildstar had enormous potential. That is why the rapid sunset and closure of the game in 2018 became for many a kind of ringing of the funeral bell for the entire genre.

Meanwhile, some MMORPGs released in the early 2010s continued to live and develop in peace:

Today we have several successful MMORPGs with a stable audience, for which major updates are regularly released. None of them hold up to World of Warcraft in terms of popularity or claim to be a cultural phenomenon, but that doesn’t mean the genre is dying. Quite the opposite. 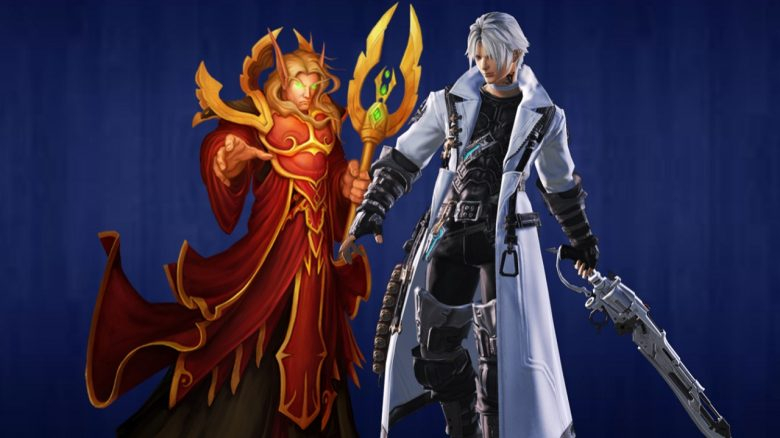 The past MMORPGs almost entirely revolved around World of Warcraft. However, the genre began as an experiment by ambitious designers trying to push the boundaries of what video games can do. Then one title came out, which turned out to be so popular that no one even tried to create something new. The temptation was too great, and most developers just copied the popular formula. Thus, World of Warcraft single-handedly created an entire army of fans and brought the genre to a new level, but at the same time nothing new could grow in its massive shadow.

WoW is experiencing a drop in popularity today. Perhaps it will be temporary, and the king of the genre will polish his patinated crown and continue to rule with an iron hand. Or maybe not. And in the second case, more and more players will leave and turn into potential customers. The market will desaturate, which means that companies will begin to see the potential for earnings in it. Only this time there will be no single role model for them. Developers will have to turn on the left hemisphere of the brain and take risks trying to catch the firebird by the tail, as Blizzard and Jeff Kaplan’s team once did. This means that we are waiting for a variety of new projects, which we can only rejoice at.

So can the MMORPG genre return to its former scale? More recently, a small company called Amazon decided to enter the MMO market. Despite the fact that her first serious attempt was not very successful, the fact that Amazon decided to invest in an MMORPG at all suggests that this genre has potential. Will we see one game that captures the minds of tens of millions of players around the planet? Unlikely, but it’s for the best. Most likely in the future, when World of Warcraft finally disappears from the radar, the mainstream of the genre will be represented by 4-5 games that will actively compete with each other. And the players only benefit from it.

Rumor: BioShock Creator To Show His New Game During The Game Awards 2023