It became known that a student who staged a mass execution in one of the universities in Perm had one leg cut off. The doctors were forced to do this due to serious injuries.

The Regional Ministry of Health has confirmed the information that student Timur Bekmansurov’s leg was amputated, Gamebomb.ru reports. He staged a mass execution at the Perm State National Research University (PGNIU), but was stopped by a junior lieutenant of the traffic police Konstantin Kalinin. The policeman hit the shooter 8 times and inflicted many serious injuries on him. To save the killer, the doctors had to amputate his leg. At the same time, Bekmansurov is still in serious condition. However, according to some information, he was already transferred from intensive care to a regular ward. 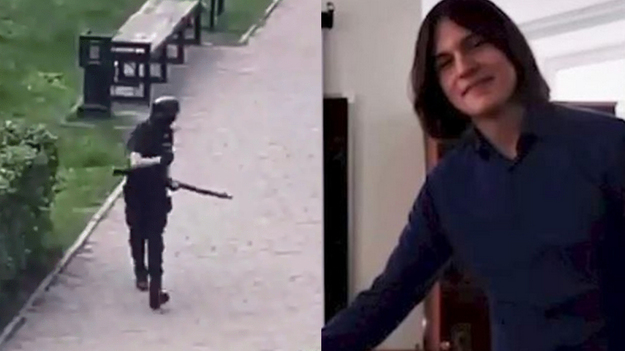 Experts say that amputation of the shooter’s leg will only help him in the future, Gamebomb.ru reports. Most likely, he will receive a life sentence, since disability will not become a mitigating circumstance. But such a status will simplify his life in prison. He will receive a disability pension, which he will spend only on himself, since it will be impossible to withdraw them in favor of the victims. In addition, he will have improved nutrition. People with disabilities in prison receive an extra glass of milk and 2 eggs. He will work only if he asks about it. Otherwise, he disabled people are released from work. Unlike other life-sentenced prisoners, Bekmansurov will be allowed to lie down during the day and not go out for walks.

Earlier it became known that the Perm shooter for a long time complained of severe headaches and ringing in the ears. This was told by his ex-girlfriend. On this occasion, Bekmansurov did not go to the hospital, and fought with pain only by using snus. It also turned out that his best friend knew about his weapons and cartridges. She knew that he was fond of the military theme and weapons, and also learning how to shoot. The girl thought that he needed so many cartridges for training. When Bekmansurov’s friend found out about the shooting in Perm, she immediately called him, as she assumed that he could be the shooter.

Timur Bekmansurov opened fire at Perm State National Research University on September 20. He managed to kill 6 people and wound at least 27 more. During the arrest, he was very seriously wounded. Doctors continue to fight for his life.