Video gameplay remaster GTA: San Andreas – The Definitive Edition for GTA: The Trilogy from Rockstar gamesleaked online ahead of the game’s release.

Many players who received Grand Theft Auto: The Trilogy – The Definitive Edition prior to its official launch have shared gameplay footage on Reddit and YouTube. One of the users posted more than an hour of videos at once, covering all three games of the collection GTA: The Trilogy, which includes remasters of GTA 3, GTA: Vice City and GTA: San Andreas. The new videos show all the remasters in action, highlighting the differences from older versions of GTA. The frame rate has noticeably increased, you can see the inclusion of the weapon control wheel, as in GTA 5, as well as improved aiming. Driving became tougher and more realistic, which delighted the fans. But the shooting at the remasters of GTA 3, GTA: Vice City and GTA: San Andreas remained exactly the same as in the original games, which is striking in every video. 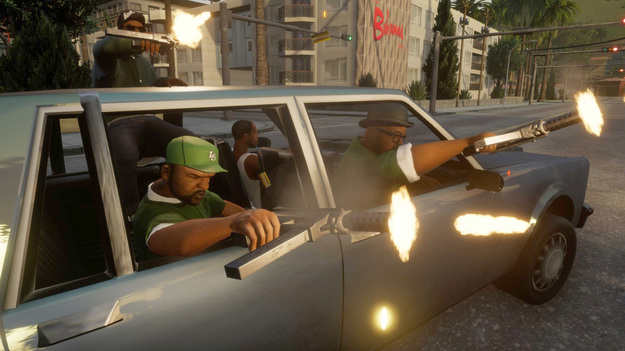 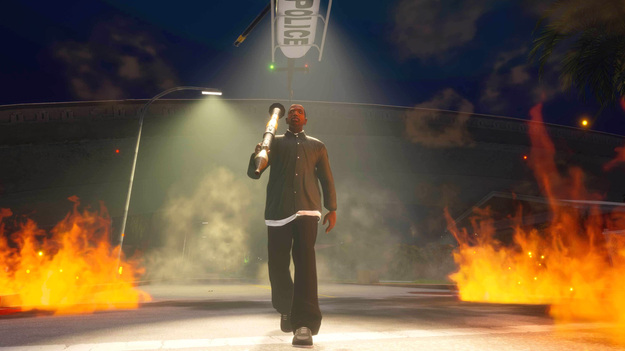 Rockstar Games itself has not officially published a single gameplay scene from GTA: The Trilogy – The Definitive Edition. So far, the developers have shown only a video dedicated to the visual differences between GTA 3, GTA: Vice City and GTA: San Andreas in comparison with the original versions. Thanks to the new leaked cutscenes, players will be able to see the gameplay and take a look at the graphical improvements of the new trilogy. But as you can see from the video, apart from the modified shaders and higher resolution textures and small cosmetic improvements, the gameplay of the new GTA: The Trilogy hasn’t changed much.

While fans are waiting for the release of GTA 6, the new collection of Grand Theft Auto: The Trilogy – The Definitive Edition, which includes remasters of GTA: San Andreas, GTA: Vice City and GTA 3, will be released on November 11, 2022 for PS4, PS5, Xbox One, Xbox Series. X | S, Nintendo Switch and PC. This collection will differ from the original Rockstar Games games with updated graphics and several gameplay improvements.

Pre-registration for Castle War: Idle Island is open
Recent Posts
You may also like