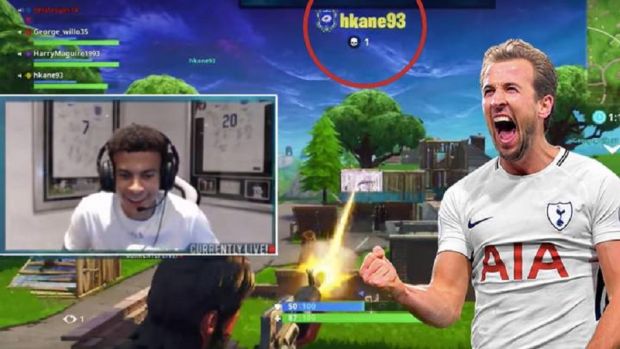 Footballers are certainly passionate about video games, and top names are also used to streaming on Twitch.

So here are the most popular video game enthusiasts:

1. Neymar – Without a doubt, the PSG star is the most famous footballer passionate about games. In fact, he also has an account on Twitch, where he streams. And it has no less than 1.7 million followers. He has a lot of preferences when it comes to games. Among the most frequently played are CS: GO, Among US, Fortnite and Call Of Duty. As a footballer, Neymar holds the record for the most expensive transfer ever made. It was acquired by PSG from FC Barcelona for 222 million euros. However, its evolutions this season have been declining.

2. Harry Kane – The Tottenham striker is passionate about playing both on the desktop and on the console. In fact, he confessed that he has a real gaming set-up in his house. And his favorite game is Fortnite. Moreover, he confessed that he also plays online with two of his football friends, Dele Alli and Harry Maguire. Admittedly, Kane has stated that the number of hours spent in front of the screen is slightly lower lately, after he became a father for the third time. But Kane is one of the best footballers in the world, and in the summer he was wanted by Manchester City. His progress this season has been declining after he was not allowed to leave, so Harry Kane is currently only the sixth favorite to win the Premier League top scorer title, according to odds in the section NetBet sports betting. He has a 21.00 odds and is overtaken by Mohamed Salah (1.55 odds), Ro-melu Lukaku (10.00 odds), Cristiano Ronaldo (11.00 odds), Sadio Mane (15.00 odds) and James Vardy (15.00 odds).

3. Sergio Aguero – The legitimate FC Barcelona striker has health problems and the international press has written that he is about to retire. But gaming is another big passion of his, which he could even turn into a career. In fact, after the previous injury, during the recovery period Aguero made an account on Twitch and made a lot of live shows while playing. And games his favorites are FIFA, but also Among US, which he played online with Neymar. aguero transferred to FC Barcelona in the summer from Manchester City, but he didn’t play much due to health problems.

4. Diego Jota – The FC Liverpool player is really impressive when it comes to FIFA. He finished first in the world in the Weekend League, but also made an esports team, so he sometimes participates in professional competitions. online. The Portuguese is a very good player both in FIFA and in reality. Liver-pool paid 45 million euros to buy him in 2022 from Wolverhamp-ton, and his evolutions are getting better, which is why he won a starting place in Jurgen Klopp’s team.

5. Zlatan Ibrahimovic – The AC Milan veteran doesn’t look like the kind of person who plays on the computer, but in reality he is a big fan of Fortnite. In fact, Ibrahimovic revealed that he plays with his friends from time to time and that he relaxes him. At the age of 40, Ibrahimovic continues to play at the highest level and is one of the best scorers at AC Milan. His performances really help the team to fight for the Serie A title.

License no. L1160651W000195 issued by the ONJN Supervisory Committee for NetBet Enterprises Ltd.