It became known that the company Rockstar games cut a large chunk of GTA: San Andreas Definitive Edition from release GTA: The Trilogythan upset all fans of the franchise.

With the release of the collection Grand Theft Auto: The Trilogy – Definitive Edition, which included remasters of cult games such as GTA: San Andreas, GTA 3 and GTA: Vice City, some of the games were cut. More than 40 songs are missing from GTA: Trilogy radios according to the Rockstar tracklist. While all of the original GTA 3 music has been preserved, over 40 songs from the original versions of GTA: San Andreas and GTA: Vice City are missing. Players will no longer be able to drive through the streets of Vice City listening to Gary Numan’s “Cars” or Rage Against the Machine’s “Killing in the Name” in San Andreas. This was due to the expiration of music licenses, as happened with Grand Theft Auto 4. Strangely, Fist Fury, a song recorded for the Vice City soundtrack and attributed to the fictional group Love Fist, did not make the list. 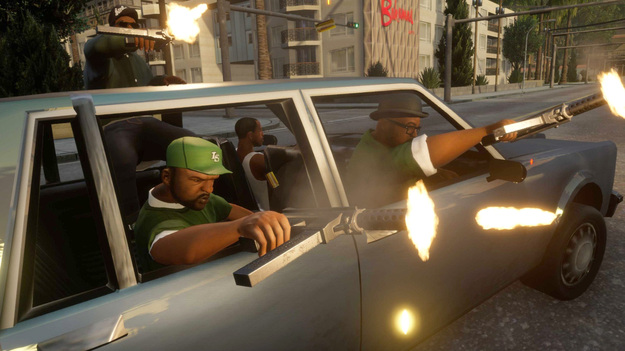 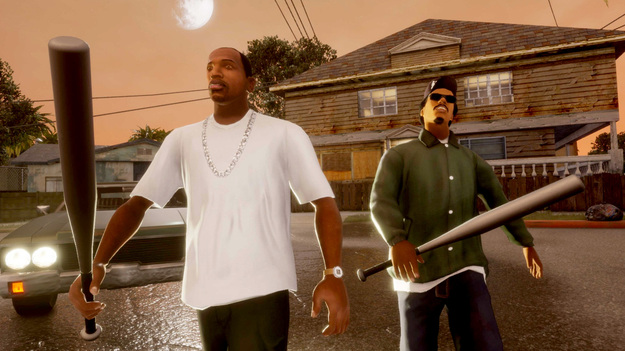 Although previously Rockstar Games stated that GTA: The Trilogy – Definitive Edition will have the same radio stations as the original games in the series. “Grand Theft Auto: The Trilogy will retain more than 200 songs on the 29 groundbreaking radio stations for which the series is renowned, and their roster matches the latest release of the original games, with no new changes,” Rockstar said. However, the remake of GTA: San Andreas has disappeared the song “Loopzilla” by composer George Clinton, which was once played in the game on Bounce FM. As well as the hit “Rock Me Again and Again” by singer Lyn Collins, will no longer sound on the Master Sounds 98.3 Rare Groove Station in GTA: San Andreas Definitive Edition.

On the other hand, the songs that remained in GTA: The Trilogy can now be listened to in higher quality, Rockstar notes: listen to music in 5.1 Surround Sound ”. While all fans of the franchise are waiting for the release of GTA 6, the collection of Grand Theft Auto: The Trilogy – The Definitive Edition, which includes updated games GTA: Vice City, GTA: San Andreas and GTA 3, will be released on November 11, 2022 for PC, PS4, Xbox One. PS5, Xbox Series X | S and Nintendo Switch.

“Predator”, Hitman 2 and one more game are given for free and forever
Next Battlefield 2023 Revealed In Leak And Upset Fans

Dacia Spring – one star in the Euro NCAP tests, Renault ZOE 0 stars
Recent Posts
You may also like