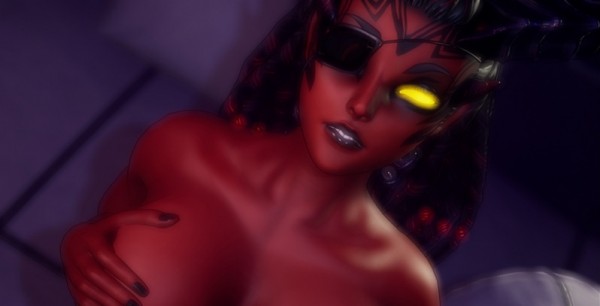 The Subverse devs have released a new blog with answers to the players’ most frequently asked questions, sharing a lot of information about the future of the game.

What is the state of the Taron update and when will it be released?

As we said earlier, our goal is to release updates every 3-4 months with the level of quality that you perverts deserve. We are confident that with Taron we will achieve this goal!

Could you please clarify what’s wrong with the localization? Has work begun on it? And what about languages ​​other than Chinese?

We can see that there is a lot of confusion with this issue, so let’s be clear about this!

First, we want to clarify that we do not have our own translation team, so we have to rely on third-party support. This is why we recently announced a partnership with one of the most experienced Chinese translation teams.

We also intend to partner with other great communities that are contributing their fantastic fan translations. Community involvement will greatly speed up the localization process, and it will be much easier for us to translate the game into languages ​​that already have fan translations.

We are continuing to explore different localization options, and don’t worry – it’s not the developers who are doing this, but another part of our team, so localization will not cause delays in the production of the game.

In addition, we want to finish the game first, and only then start the complex process of translating parody sci-fi jokes into other languages.

Here is a list of languages, in alphabetical order, into which we plan to translate the game:

If you don’t see your language here – don’t worry! We will continue to investigate the situation and find ways to satisfy the needs of all our fans. And again, don’t worry, we will allocate our resources in such a way that localization does not interfere with the development of the game itself.

Can you explain the order in which waifu appears in the game?

Great question! It is very difficult to answer it (as there may be spoilers), therefore, so that our team does not whip me in the ass (although they already realized that I like it), I can only say the following:

DEMI was the first because she is the main computer of Maria Celeste and a real “bro” for the Captain. Due to the fact that they have known each other for a long time, she is excellent at helping in acquaintance with his other romantic interests. In response, the Captain also leads her like a real bro, making sure her connectors are well maintained.

Lily is the second, because she is the “Mother of Monsters” and was needed to introduce manticores into the game (and, accordingly, ground battles). Since she’s one of those, um, easy to please, it made sense that it wouldn’t take the Captain long to earn her … trust.

Killison was chosen third for two reasons: in character and temperament, she is the complete opposite of Lily and DEMI, bringing in more variety at the beginning of the game. Plus, her treasure hunt quest was perfect for learning how to navigate the game.

Ela was ranked fourth because we wanted some big lewd event to take place in the game that made Maria Celeste the target of the Imperium, and Celestine / Kasidora in particular. We had planned from the beginning that the broadcast of Interspecies Fuck would be part of her recruiting mission, so her story fit perfectly.

After the game is complete, will you continue to develop the universe and characters in other formats, such as films and doujinshi?

We always planned it! We’ve already discussed the release of traditional Studio FOW films set in the Subverse universe. Doujinshi are also planned in the future – although we cannot say anything concrete now.

We also want to remind our fans that they can find out a lot of information about the Subverse universe from the official Wiki of the game!

Will there be more sex scenes with multiple girls at once?

Yes! In the end, the more the better.

Can you do some damage indication to differentiate between physical and energy attacks by shields and armor? It is annoying when you have to read the description of each unit in order to properly deal the damage.

Great news – we have already noticed this and are making the necessary changes. In the future, shooting hot Manticoran semen at an enemy will tell you how effective it is. Expect an update soon.

Are there more challenging tactical battles coming to the game?

Of course. We currently have additional skirmishes in the works that will be much more difficult than regular planetary or recruitment quests. They will also have updated versions of the current enemy units. Wait in the game very soon.

When will Johnny Sins be added to the game?

Mr. Sins already had a chance to fuck in space. Unfortunately, his crowdfunding campaign was not as successful as ours.