Fans of the cinematic universe and comics of the American company Marvel We are eagerly awaiting the premiere of Spider-Man 3: No Way Home, as we are sure that they will again see Tobey Maguire on the big screens in the form of a friendly neighbor. Tom Holland continues to deny the existence of other versions of Spider-Man, but fans don’t believe him. Unexpectedly, the actor himself featured Tobey Maguire. However, he did it not in a new trailer or in a photo from the set, but in the form of a meme. In the stories section of the popular social network Instagram, Holland posted a still from the movie “Spider-Man” in which Tobey Maguire’s Peter Parker donned the first version of his superhero costume. 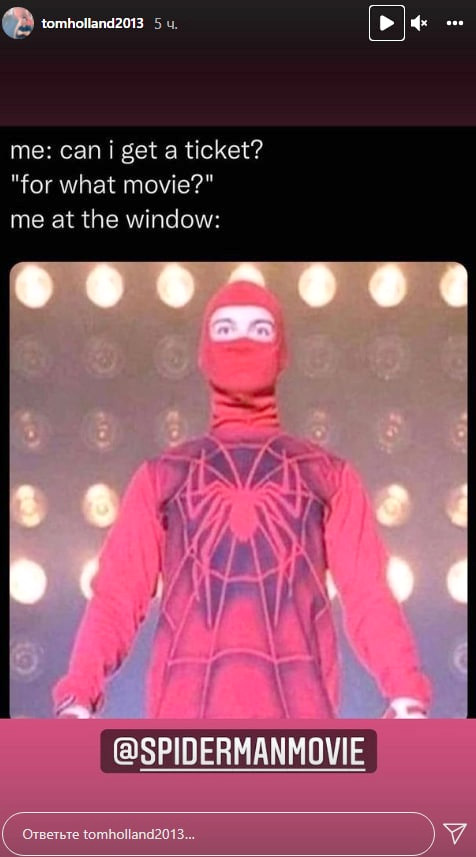 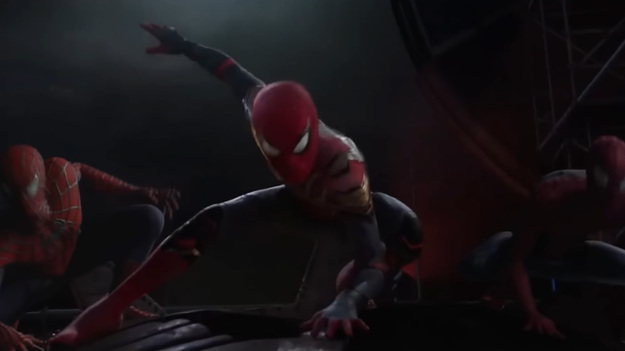 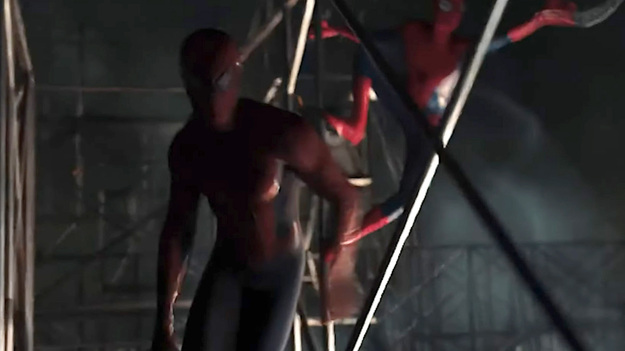 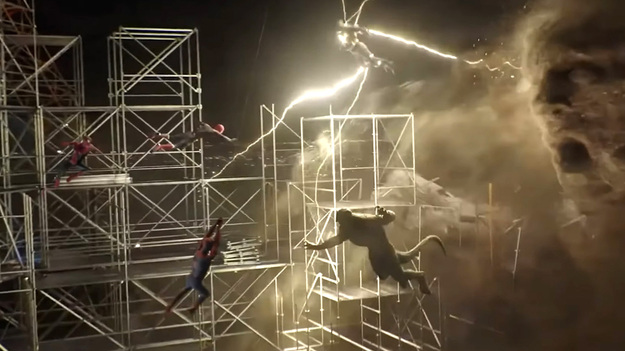 Tom Holland wrote a short dialogue on the photo. “Can I have a movie ticket,” he says. “What movie are you looking for?” The cashier asks. The meme ends with a colon after the phrase “I’m at the checkout window.” Apparently, the actor decided to joke about the huge excitement around the pre-sale of tickets for the action movie “Spider-Man 3: No Way Home.” Many American and European cinema network sites could not withstand the influx of fans and were unavailable for some time. However, the film still set the record for the number of tickets sold since the first restrictive measures were taken.

Fans of the MCU are sure that Tom Holland made such a meme on purpose. So the actor is trying to further whet the audience’s interest in the movie “Spider-Man 3: No Way Home”, in which the return of Tobey Maguire is expected. The fans of the actor are sure that after such a hint from the leading actor, he will definitely appear in the new superhero action movie.

Spider-Man 3: No Way Home will be released in Russia on December 15, 2022. In addition to Tobey Maguire, Andrew Garfield is also expected to return.