In the social network Instagram appeared footage of the symbiosis of Venom performed by the popular actor Tom Hardy with the Shark King from the blockbuster “Suicide Squad 2”.

Artist Baki Kaya recently posted on Instagram a drawing depicting Venom as the Shark King, combining DC and Marvel… The new footage is featured as a poster for the fictional film Nom Nom: Let There Be Carnage King Shark Edition. The alien symbiote Venom is more sapient than the Shark King, but both characters struggle with an insatiable urge to feast on human flesh. Venom 2: Let There Be Carnage fans speculated that, in theory, the symbiote could merge with a humanoid shark. Unfortunately, the Shark King exists in the DCEU (DC Extended Universe) universe, and Venom in the MCU (Marvel Cinematic Universe) universe. 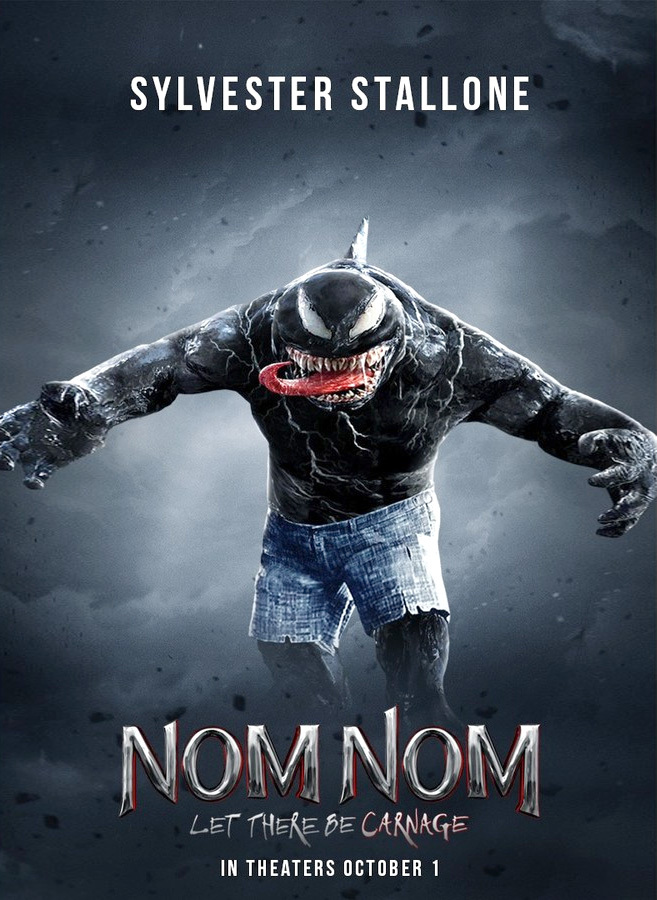 Marvel and DC characters have crossed paths on very rare occasions and only in comics, but never on the big screen. However, the chances that fans will ever see the symbiosis between Venom and the Shark King are slim. Warner Bros./DC Films and Disney / Marvel Studios, as well as Sony, are competitors in the film industry. Nonetheless, Sony’s and Marvel’s partnership for the upcoming Spider-Man 3: No Way Home starring Tobey Maguire, Andrew Garfield and Tom Holland sets an example for these industry giants.

Marvel’s Venom 2: Let There Be Carnage came out this year and marks the return of Eddie Brock and Venom to the big screen three years after their debut in Venom (2018). DC’s Suicide Squad 2: Mission Bash also came out this year, featuring the Shark King, voiced by Sylvester Stallone and other Reckless Squad superheroes.