New photos of the famous actor Macaulay Culkin, known for his childhood roles in the films “Home Alone” and “Richie Rich”, have appeared online. He has changed a lot, so even the fans didn’t recognize him.

Macaulay Culkin became the star of the new fashion show from the Italian house Gucci, which took place in Hollywood. The designers decided to invite not only models, but also some famous actors to the Gucci Love Parade. Among them was the performer of the main roles in the comedies “Home Alone” and “Home Alone 2”. Social media users are already used to the fact that their favorite childhood actor looks much worse than during the peak of his film career. This time Macaulay Culkin pleasantly surprised them, as he looked well-groomed and stylish. 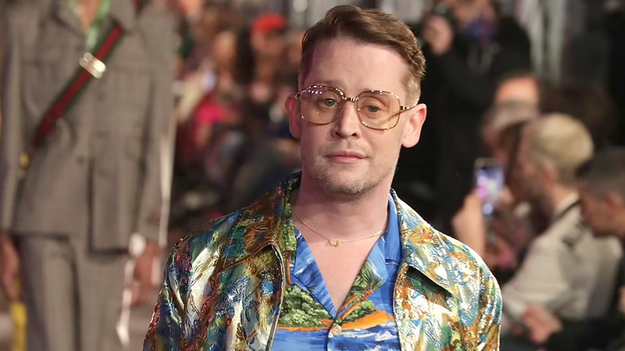 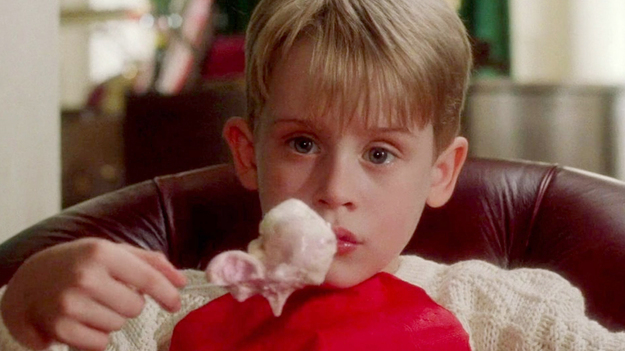 At the Gucci Love Parade, Macaulay Culkin showed only one outfit. He is wearing a button-down T-shirt with a bold Hawaiian print. On top, the actor is wearing an even brighter bomber jacket with a pattern in gold and green. The bottom of this outfit is tailored in a more relaxed style. The Home Alone star wears loose khaki pants, a white Gucci belt and black studded mules. Macaulay Culkin’s look is rounded off with a short hairstyle with simple styling and oversized square-rimmed glasses. Fashion experts and netizens noted that the actor looked content and relaxed on the catwalk.

Macaulay Culkin became famous as a child when he played in the films “Home Alone”, “Home Alone 2: Lost in New York”, “Richie Rich”, “Good Son” and in other films. After that, his career began to decline, but in recent years the actor began to appear on the screen again. He has starred in the TV series Doll and American Horror Story.