Russian writer Viktor Pelevin, who is one of the most mysterious figures due to the fact that he is never shown in public, changed his rule and went out to sign autographs in honor of the recent release of his book Transhumanism Inc. and shocked fans with his appearance.

Information appeared on the network from which it became known that Viktor Pelevin, for the first time in many years, came out to meet with fans of his work. According to Gamebomb.ru, the 58-year-old writer arranged an entire autograph session in Moscow. Information about this appeared in various telegram channels, the users of which were shocked by the news. Photos with Viktor Pelevin, sitting in sunglasses and a shirt at a table surrounded by fans, scattered across the network. Some have noticed that the author looks older. At the same time, the exact location of the autograph session arranged by the writer remained unknown. It was noted that it was held in some kind of “secret basement”, and many of the writer’s fans were disappointed that they could not meet with him. 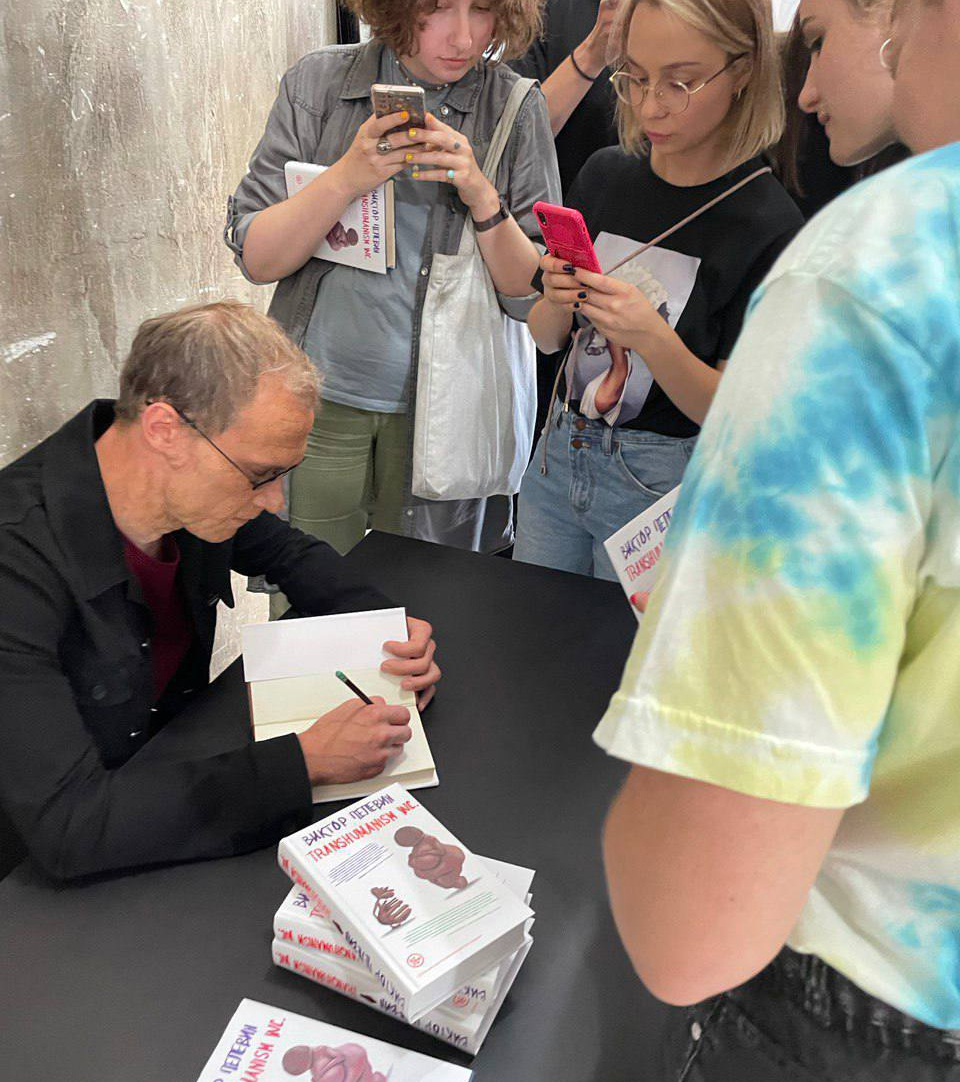 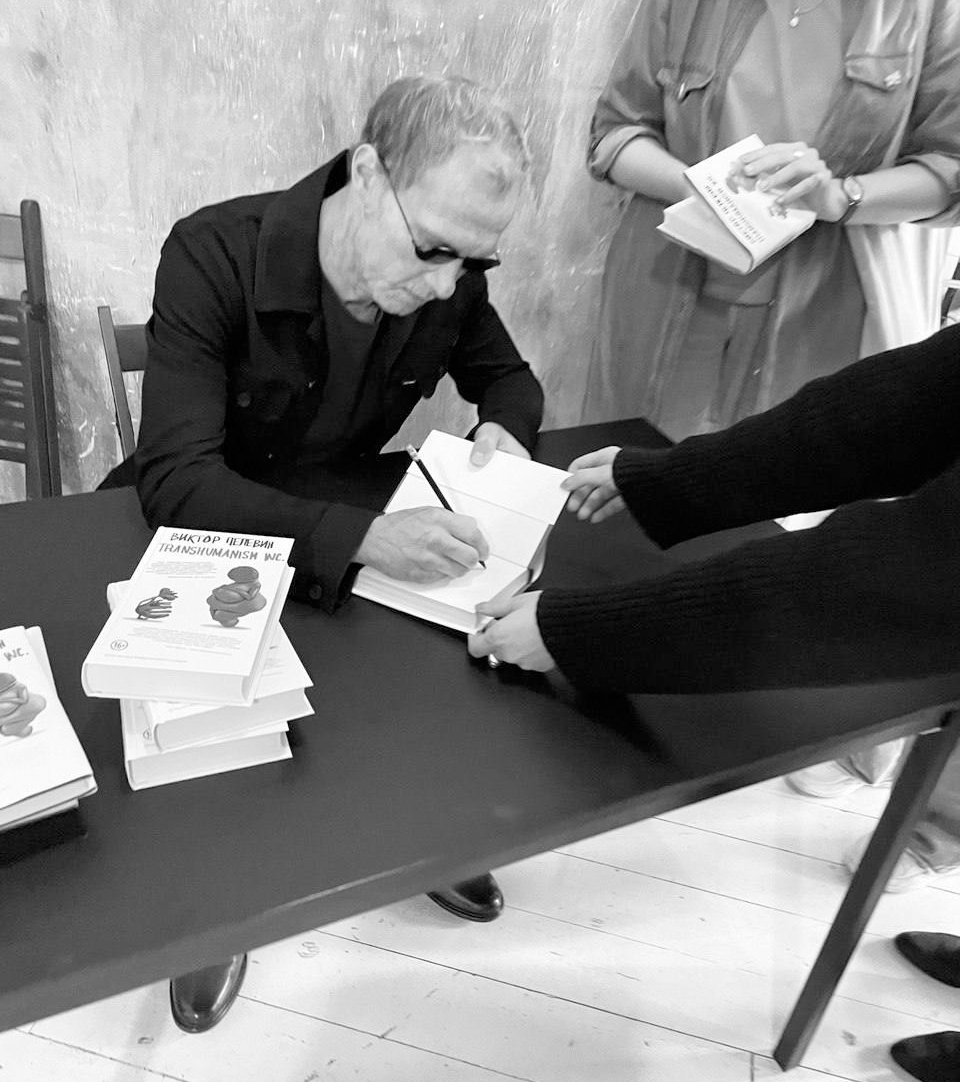 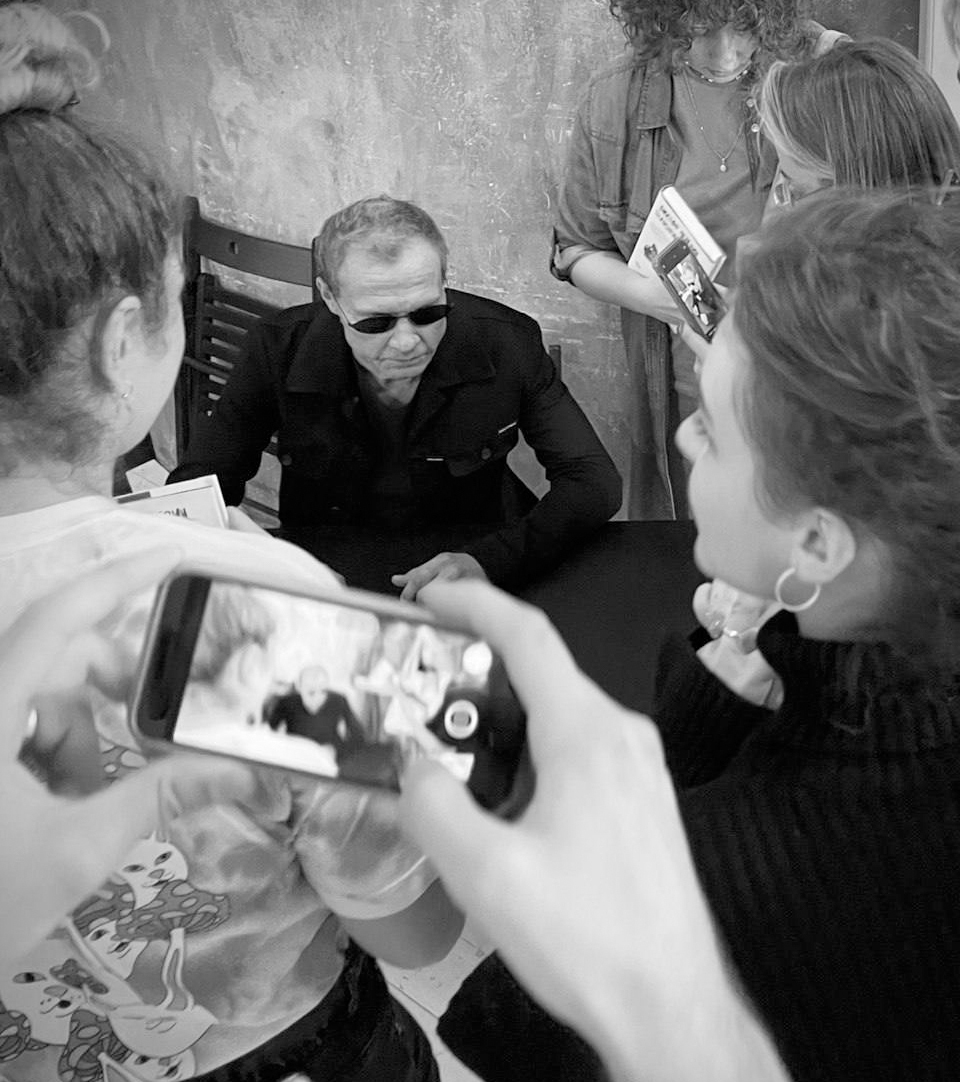 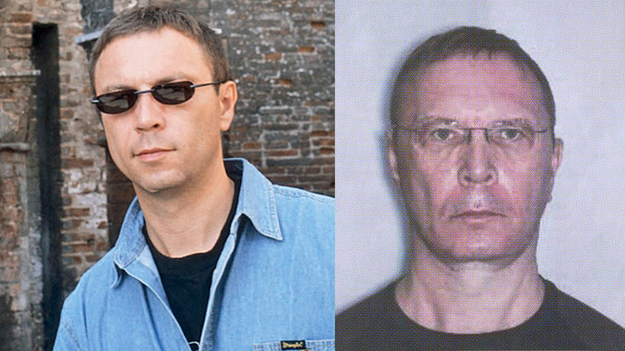 Viktor Pelevin is a Russian writer and leads a very secretive lifestyle, and also does not appear in public. The author does not give any interviews, does not attend important events, and does not use social media at all. Because of this lifestyle, many fans are building various theories around the personality of Viktor Pelevin. Some suggest that such a writer simply does not exist and several authors are hiding behind his image. Therefore, many fans were amazed by the fact that Viktor Pelevin decided to go public for many years.

It is also worth noting that in August of this year, a snapshot of Viktor Pelevin, taken back in 2023, was published on the network. One Russian biometrics company analyzed the photo and noted that the similarity with Viktor Pelevin in old photographs is 75%. However, even though the writer’s photos were leaked to the network, he continues to be one of the most mysterious personalities. Victor Pelevin wrote such famous novels as Omon Ra, Generation P, Empire V, Transhumanism Inc. other. Pelevin, moreover, is the owner of many different literary awards.

As Gamebomb.ru notes, after the news of Viktor Pelevin’s autograph session in Moscow, new information appeared on the network, indicating that an unknown person was giving autographs under the guise of writers. Some publications, referring to the Eksmo publishing house, said that no meeting with Viktor Pelevin was actually held.