It became known that in the popular game service Steam from Valve a new campaign has begun, timed to coincide with the celebration of Halloween, in which hundreds of top games are handed out for almost nothing.

A new promotion called “Halloween Sale” started on Steam on October 28th. The Holiday Sale offers gamers very nice and big discounts on a wide variety of games, including top AAA hits. At the same time, in honor of the Halloween holiday itself, a lot of various horror films are participating in the new action, among which, for example, the games of the Resident Evil series, Outlast and others. Also, such hits as Cyberpunk 2077, Resident evil 8 Village, “The Witcher 3: Wild Hunt“, Resident evil 2 and many others. 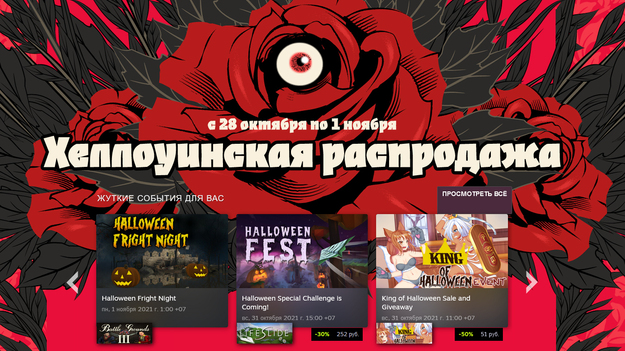 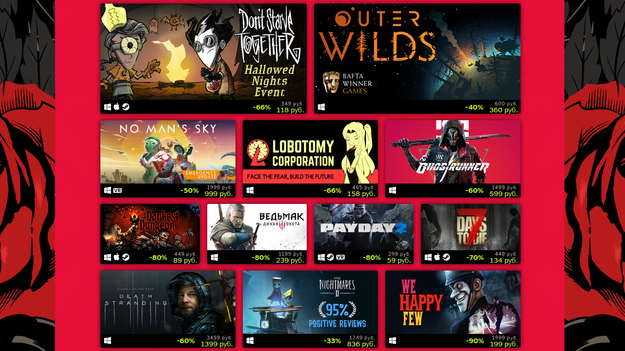 The most interesting offers of the “Halloween Sale” Steam:

The Halloween Sale on Steam runs from October 28th to November 1st. The Halloween sale, as usual, doesn’t last long. However, it is worth noting that gamers are also waiting for the New Year’s sale on Steam, which is one of the largest.