This is how a small anniversary crept imperceptibly for the creation of the Polish game studio CD PROJEKT RED – the game Cyberpunk 2077. Everyone was waiting for a game project from the creators of the Witcher trilogy. The gaming press was getting ready to give high final marks, players were eager to lose themselves again on a long adventure for a hundred hours, and the publisher and developer were preparing to bathe in the glory and calculate the profits. The plans were ambitious, Keanu Reeves himself participated in the promotion of the game, giving his face and voice to one of the main characters Johnny Silverhand. 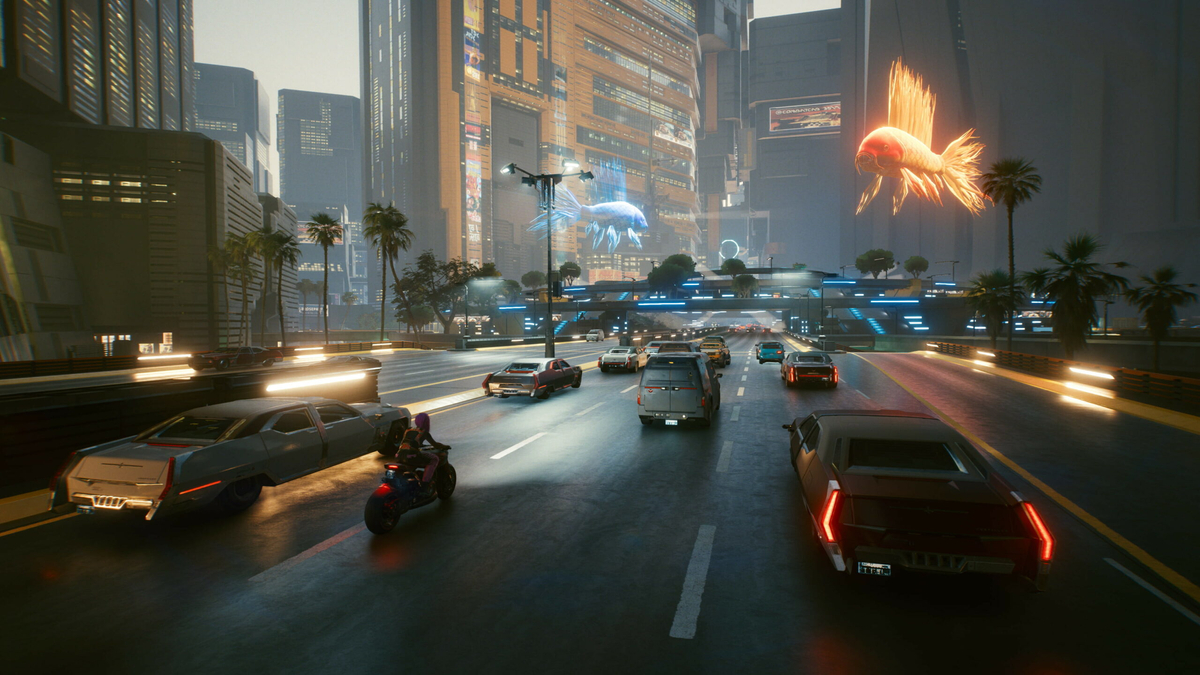 Ideally, everything should have worked. There were enthusiastic developers, a good original universe with full support from the creator, experience in creating adventure role-playing games and a proven engine. True, from the time of the teaser, the showing of the game was postponed and postponed, until finally the public was shown a video on the game engine. Then, a little later, another exhibition and Keanu, who took the stage and announced the release date, collected excellent box office on pre-orders for CDPR. 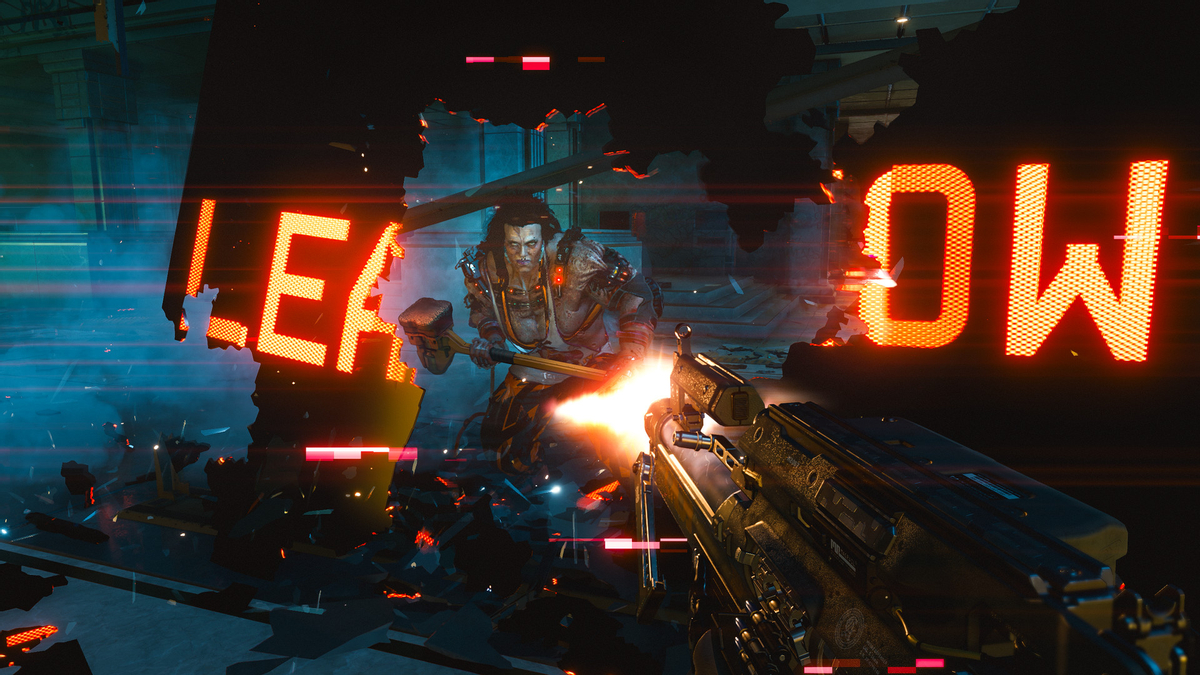 The game has been postponed several times, and even the most inveterate fans begin to have questions for the developers and doubts about the readiness of the game. But hope still continued to glow in the hearts of the players to the last. And now, after the next transfer, the game is released on December 10, 2022. The players rushed to conquer Night City and, let’s say, not everything was rosy. I was lucky at one time to review the Xbox Series X version of Cyberpunk, which at that time had the least number of bugs from the other versions, otherwise my chair would be on fire, and the game would not have got off so easily with the assessment.

The version for personal computers turned out to be very poorly optimized and full of bugs, the versions for the previous generation consoles were simply unplayable. Players began scribbling angry posts on social networks and refunding money for the game. Metacritic’s rating was also not encouraging. The developers rushed to announce the money back plan, but here SONY entered the game, which went to an unprecedented step and simply removed the game from its store. 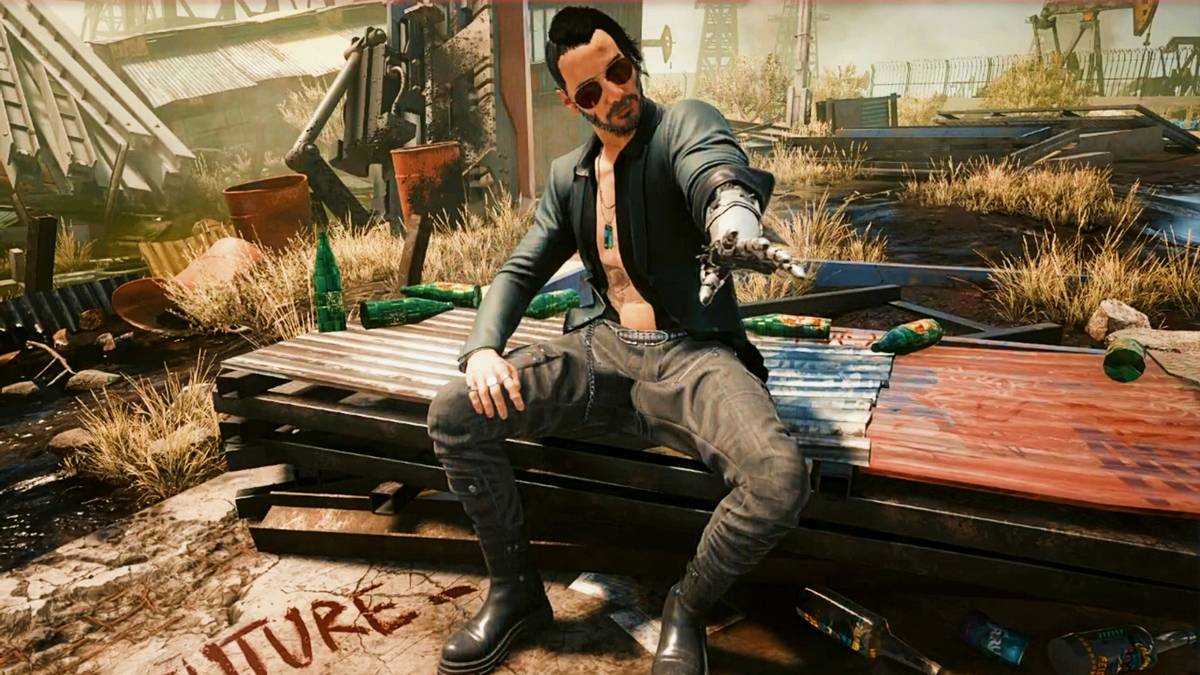 In short, the situation was far from what was expected. The departure of the people responsible for the company’s past games, news of overwork and an unhealthy atmosphere within the company, and the decent size of the bonus that the happy management wrote out for themselves did not add optimism. The game clearly needed fine-tuning and the release on December 10 was a necessary measure. A roadmap has been unveiled and many promises have been made. The multiplayer add-on quietly disappeared from the radar and the work on the patches began to boil.

There were problems literally everywhere in the game. Features that have gone under the knife, such as a functional subway or climbing walls, are not so important, this was an early stage of development and it is quite possible to survive. But when the game began to break the tasks, including the plot ones, to scare and amuse the players with the failure of behavioral scripts and all kinds of glances of character models, it became clear that the game would have to work hard. A roadmap was presented, key milestones were identified, and both free DLC and paid Blood and Wine add-ons for The Witcher 3 were promised, as well as a full version for next-generation consoles. 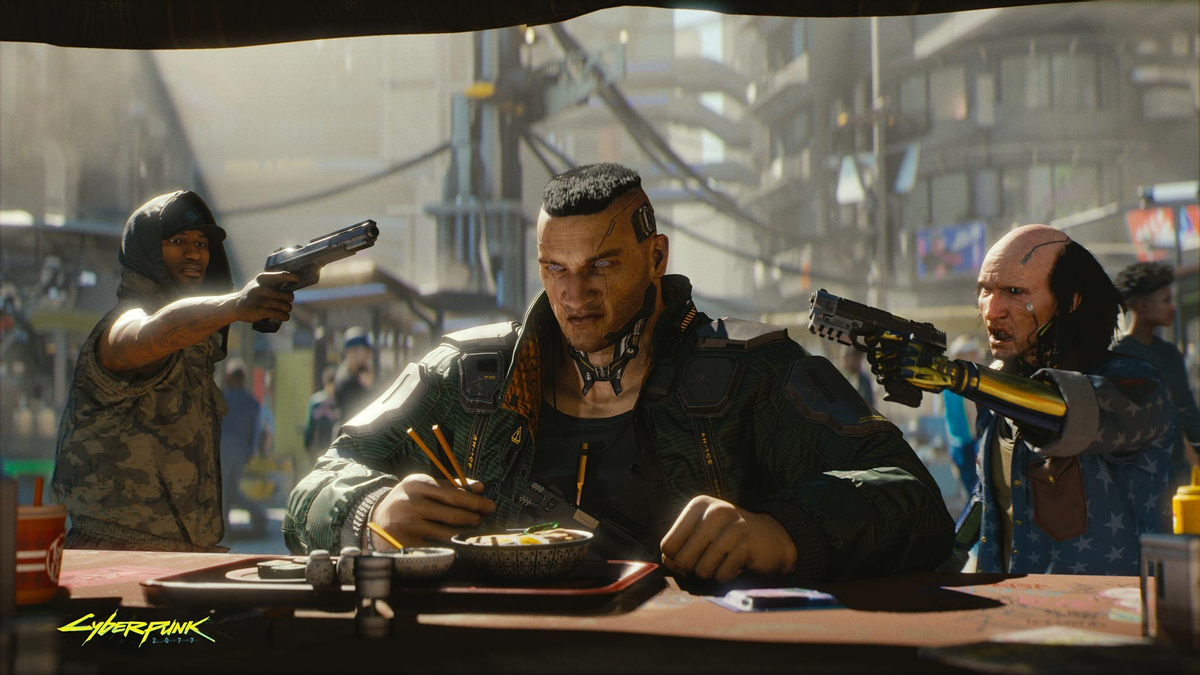 It would seem that a whole year has passed. The term, albeit not the longest, is sufficient to understand where the game is heading. What do we have at this point in time? The developers are seriously polishing the game, optimizing and fixing bugs. True, from time to time this process resembled fixing one thing and breaking it in two, but slowly and surely the game was brought to mind. It was not possible to finally fix all the shortcomings, and on the consoles of the new generation there was a noticeable increase in the number of soap. It all looked good, but it didn’t look like global bug fixing. CDPR continued to be rocked by scandals, the developers decided to continue the course towards inclusiveness, and the version of Cyberpunk 2077 for the next-generation consoles, along with story DLCs, smoothly moved to KTTS.

Now the game is constantly being sold with decent discounts, contrary to the promises of the creators to hold out for a whole year, and the long-awaited free DLC was a set of clothes and vehicles, which of course is somewhat similar to similar content for The Witcher 3, but after all the indescribable sensations that players who bought this a masterpiece for their not-so-advanced PCs and consoles of the last generation – such a handout looks at least indecent. The players are cooling down, and even the rating of the game began to level out towards positive, at the moment the game is in the top sales of Steam thanks to a 50% discount. 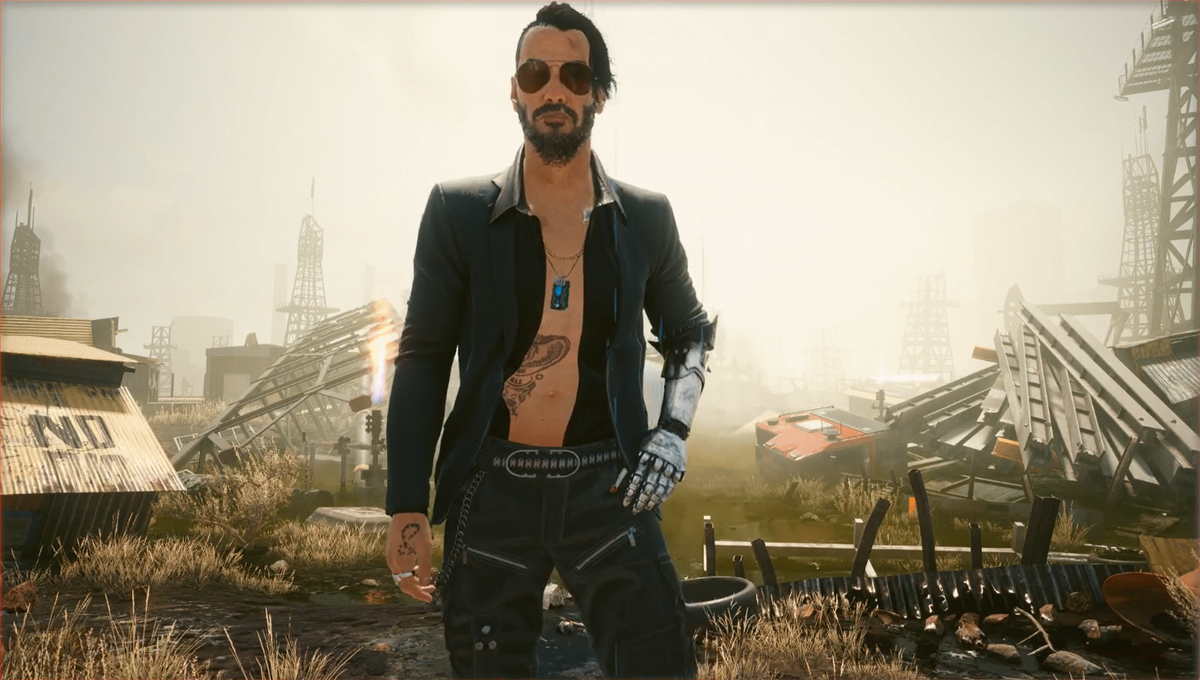 This is not to say that Cyberpunk 2077 is definitely a bad game. This is a good game that was ruined by the production hell during development, the lack of understanding of the leaders of what they want in the end, and the too good work of the advertising department, where under-talk, walking on a thin edge with open lies, mixed with the overestimated expectations of the players. Such a thermonuclear mixture was ready to detonate from the slightest spark and it happened thanks to the raw release. Currently, the fate of the game is unclear. The developers themselves diligently avoid direct answers and there are essentially two ways here. 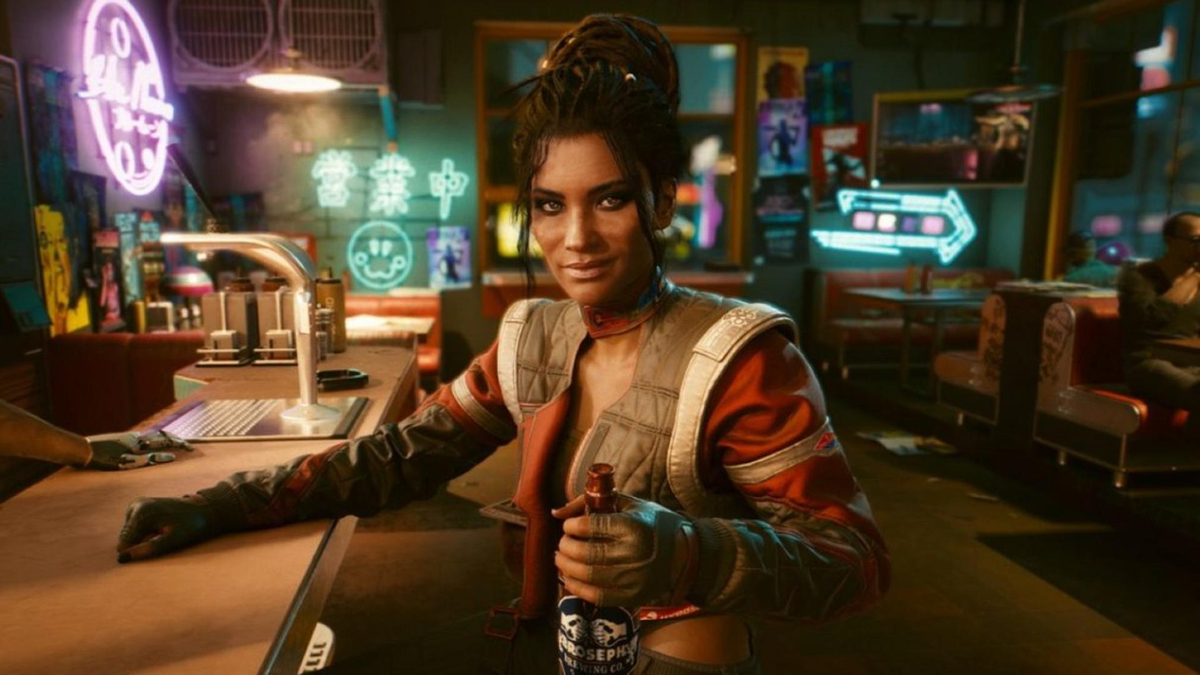 The first way is to gradually patch up the game and forget it, like a bad dream, with the subsequent release of a new game project. And this option, given what is happening, looks the most likely. The second way is a serious work on bugs and the release of several major plot additions, promised to players, on a scale with “Blood and Wine”, and a version licked like a cat’s tail for a new generation of consoles, where all the juices are squeezed out of the new consoles. But this is a less achievable option and not everyone will be able to pass it. In the meantime, it remains only to congratulate the fans of the game on a small anniversary and advise to be patient. And that’s all for me. Garruk was with you, may calmness and common sense be with you.