Skip to content
Home » GTA: the Trilogy reveals the main problem and scares the fans

Fans of the company’s games Rockstar games revealed the main problem of the anticipated collection of remasters of Grand Theft Auto: The Trilogy – The Definitive Edition, which scared them.

Fans of the iconic Grand Theft Auto action series just days before release GTA: The Trilogy began to worry that they would face a problem after the release. Fans worry that Rockstar Games has yet to reveal any information about the music in GTA: San Andreas – The Definitive Edition and the other two remasters. Each part of the popular franchise has always created unique radio stations with a licensed selection of music from different genres. For many fans, soundtracks have become part of the atmosphere. Now they are worried that Rockstar Games did not buy new licenses for the old songs, so they will replace them with other representatives of the genre, which will ruin the overall experience. Some of them noted that GTA: Vice City was re-released several times on different platforms and the amount of music decreased each time, which may reflect on the remaster. 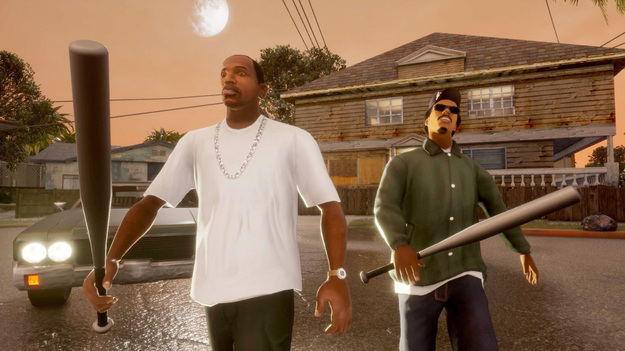 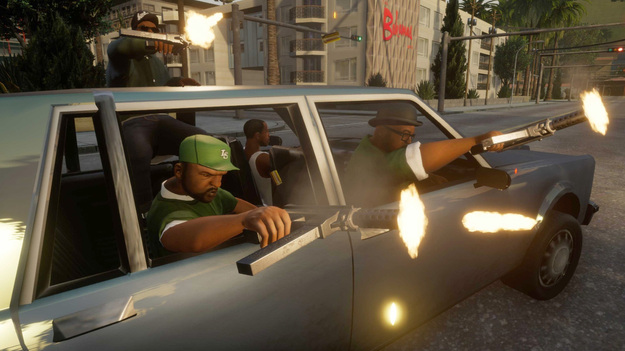 Fans are also worried that they still haven’t seen the full gameplay video of Grand Theft Auto: The Trilogy – The Definitive Edition. Apart from the individual frames in the trailer, they have not yet been shown how the gameplay of GTA: San Andreas – The Definitive Edition and other updated games of the collection will look like on the Unreal Engine. Fans believe that physics and many mechanics can change a lot, which will also ruin the experience. Gamers are hoping Rockstar Games will reveal more about GTA: The Trilogy ahead of release.

GTA: San Andreas – The Definitive Edition as part of GTA: The Trilogy will be released on November 11, 2023 on PC, Xbox One, PS4, Xbox Series X | S, PS5 and Switch. In 2023, the release of updated versions of the three iconic parts of Grand Theft Auto on iOS and Android is expected.

Two months since the release of the MMORPG New World from Amazon: how is it in Eternum ?, The developers faced a whole heap of problems, but they are diligently trying to fix everything
To maintain authenticity, Diablo 2 Resurrected will not fix a known bug from the original