In a new shooter Battlefield 2042 from Electronic Arts and the developer studio DICE found a way to run around the map at the speed of a bullet bullet.

Despite the fact that a lot of bugs and glitches from Battlefield 2042 have already been shown on the network, players continue to find more and more new glitches that break the game. This time, gamers have discovered a way to run very fast. A user under the nickname alexstathis posted a new video on the Reddit forum, in which he clearly demonstrated how you can speed up your character in Battlefield 2042, and very much, that you can practically run the entire map in a few seconds. It is worth noting that it is quite easy to take advantage of the new bug. It is enough to climb the slope, and then start jumping while descending and during the jump press the melee button to speed yourself up. 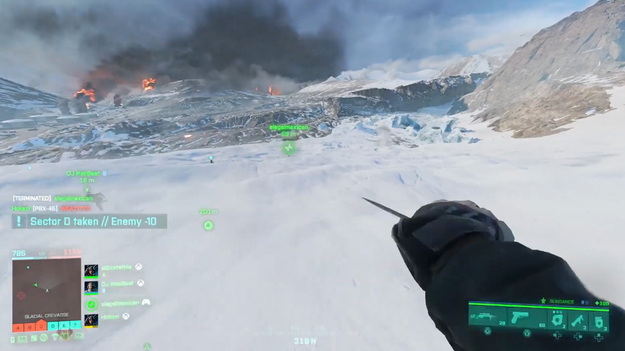 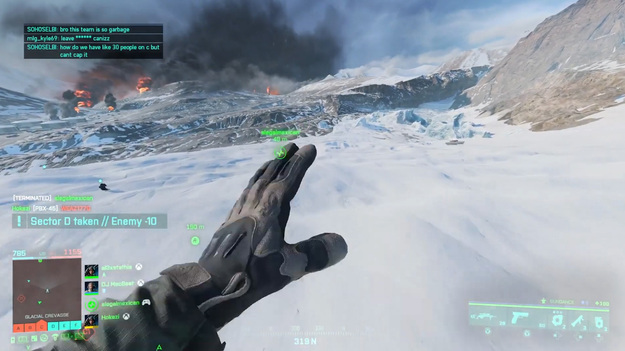 As you can see in the new Battlefield 2042 video, the author alexstathis first climbs higher up the slope, and then turns around and starts running in the other direction. The player jumps and during the jump presses the melee button, thanks to which his speed is significantly increased. Then the gamer repeats this procedure several times, speeding himself up very much. “Found this great ‘feature’ with friends. If you jump down the slope and press the melee button, then your character will accelerate until the slope ends, ”wrote alexstathis user.