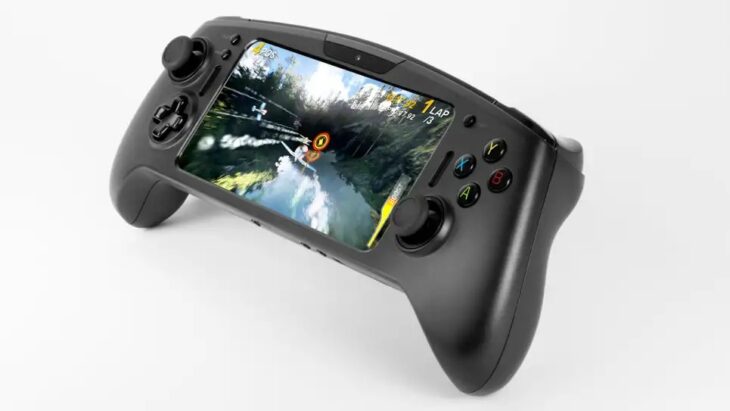 In addition to the new Snapdragon 8 Gen 1 smartphone chipset, Qualcomm also announced a new processor model dedicated to portable gaming consoles, similar in capabilities. The chip maker has turned to Razer to develop a prototype around this new Snapdragon G3x Gen 1, capable of providing partners and game developers interested with a reference model on which to develop such devices in the future.

The prototype developed by Razer has a rather practical design than an attractive one. It looks like an Xbox-style gamepad, cut in half, with a screen mounted between the two sides. The device has a 6.65 ”OLED HDR screen with Full HD resolution, a 5 megapixel front camera, support for 5G, Bluetooth 5.2 and WiFi 6E, four speakers, full gaming buttons and a USB-C port.

More details about the reference model of the portable console developed by Razer, but also about the new Snapdragon G3x Gen 1 chip from Qualcomm are available in the dedicated article on Go4IT.

The website domain for the upcoming Sonic Frontiers game has been discovered on the net.Although the site is not active now, it means that the announcement of the game is not far off
Recent Posts
You may also like