I haven’t tested air purifiers here before, but it’s a start for everything, isn’t it? Well, these days I’ve had the opportunity to see what Xiaomi Mi Air 3C can do and tell you. 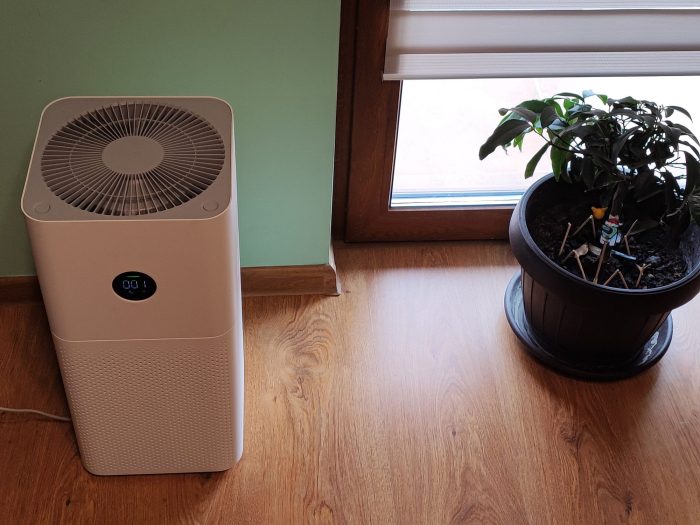 An air purifier is a device that is used to filter the air from a certain beginning while maintaining a healthy environment inside. The principle of operation of such a purifier is relatively simple: the air is absorbed by the device, passed through certain filters, depending on its type, and then dispersed back into the room in a purified form. Air purifiers have been especially recommended for allergy sufferers or families with children, destroying germs, allergens or dust mites in the air. Some use it to keep a neutral smell in the house, to eliminate the unpleasant effects of cigarette smoke, while others use it as part of a healthy lifestyle.

The air purifier is not a complex device, but it works on a relatively simple principle. As I mentioned earlier, it usually consists of a fan that draws air from the room, passes it through a series of filters that trap and destroy the pollutants, and then releases it back into the room where it was placed in a room. much purer form. All air purifiers use one or more of the following methods to filter the air:

Mi Air 3C comes in a box of about 60 centimeters, which is quite bulky, but not heavy at all. Inside we have the purifier, which has a HEPA filter and a carbon filter. We also have a small brochure, which helps us with the configuration.

The design of the device is relatively simple – a parallelepiped tower with a circular display on the front, two buttons and a fan on the top. From one button we turn it on, from another we set the working mode (night, car or custom), and on the display we see information about air quality.

The values ​​mentioned in the manual are:

Once you plug it in, open the Mi Home app and add the device there. After the initial settings, all you have to do is sit quietly on the couch until he tells you that some more filters need to be changed. Not the other way around, but it works on its own, without the need for you to interview. Okay, at one point, I set the display lights to minimum, because he was sitting in the baby’s room and I didn’t want to bother him.

Xiaomi Mi Air Purifier 3C boasts that the HEPA filter retains 99.99% of dust particles, so it is suitable for allergy sufferers.

I initially used the purifier in the living room to get rid of the odors from the kitchen next door. Although I have a door between the two rooms, if you fry or bake something, it still feels. The display showed a maximum of 30, which is still ok. Only over 75 do you have to worry about air quality. And overnight he managed to absorb all the smell of food. As a term of comparison, I usually open the windows in the morning to get rid of the smell.

Then I moved him to my son’s room. He is allergic and we, although we do not live in the city, still have enough dust in the air. This is because there are agricultural fields right behind the house, and it is still being built around it. So in the evening, always sneezing. Since he has been a “neighbor” with the purifier, I have not noticed such strong episodes, and his sleep is calmer.

By the way, you can sleep peacefully with him in the room, because it is not noisy at all. The manufacturer’s measured values ​​for Xiaomi Mi Air 3C are max. 61 dB and 31 dB in night mode.

The filter can be cleaned and reused, but it is recommended to change it after 5-6 months, especially if it has been used heavily. Here, the Xiaomi app is a real help, constantly monitoring the filter degradation and the ability to clean the air. They cost around 120-140 lei.

Everything related to the operation of the Xiaomi Mi Air 3C can be found in the Mi Home application. As I already had it installed for the two cleaning robots, all I had to do was add the purifier.

From here you can turn the appliance on or off and see the air quality in the room where it is located, even if you are away from home. I don’t know if it helps you too much – it might make you think if you didn’t leave a pot on the fire or the window open when you left home.

Bonus, you also have integration with Alexa or Google Assistant available, so automation will be even greater! ⁇

On eMAG we find it at 589 lei, on evoMAG at 499.99 lei, on Fashion Days at 699 lei, and on vexio at 489 lei. If it’s more or less, you decide. It is clear that for those who live in heavily polluted areas or for those who are allergic, it is useful. For the rest it can only be a fad. Personally, I’m going to consider one for my son, as I said.