Skip to content
Home » The Last Night will “return” in 2022, says developer 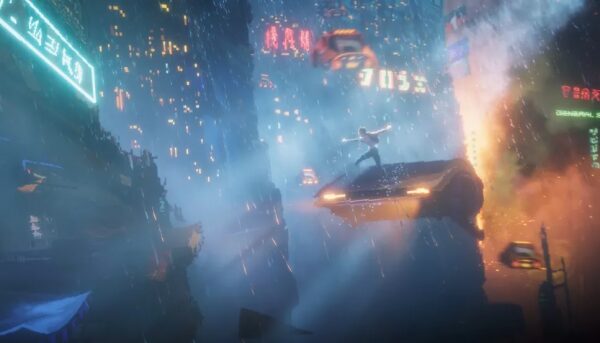 Cinematic cyberpunk platformer The last night became a sobering lesson to never fall in love with a trailer at first sight. The game’s debut at E3 2017 was mesmerizing; A hypnotic two-minute walk through a dystopian city bathed in rain and neon, presented with tasteful overlay pixel and 3D graphics.

The trailer exploded and The Last Night caught the world’s attention.

The details of what subsequently happened remain a bit of a mystery. Shortly after the game’s debut, some heady tweets from Tim Soret (founder of Odd Tales) surfaced in 2014, with game publisher Raw Fury subsequently criticizing the tweets, but backing Soret, stating that “a lot can change in three years, including points of view, and Tim assured that The Last Night does not carry a message saturated with regressive positions. “

Things were quiet for a while before it was revealed in 2019 that Soret’s studio Odd Tales was plagued by huge legal and financial problems, which coincides with Raw Fury’s 2022 announcement that “two years ago, Raw Fury and Odd tales agreed to part ways “.

Since then, the game has been out of the public eye until recently rumors began to circulate that perhaps The Last Night would be unveiled at The Game Awards on December 10th.

PCgamer emailed Soret to see if there was any truth to this, to which he said, “This is just a rumor – The Last Night will be shown next year, and not before.” He declined to say if the game would actually be released in 2022, saying that “in an era of crisis and over-mediaisation, I’m not going to make any announcements at this point, especially given the pressure this will add to my small team.”

Rather than hone in on a release date, Soret decided that his studio, Odd Tales, would continue to work on the game without a publisher, Raw Fury.

“Since then, we have grown and matured rapidly as a young independent team. We are confidently building The Last Night brick by brick, taking the time to carefully design, document and implement every part of the game, from developing our visual style for the next generation to developing dozens of accessibility options. “

While Soret did not provide more details on the game itself, he concluded:

“What we know is that by the return of The Last Night in 2022, we are committed to impressing everyone with the power and originality of our proposal.”