Skip to content
Home » For EVE Online, an update was released with a large-scale revision of resource extraction, due to which the players rallied, the change in the compression mechanics was decided to be postponed for now

As part of the New Dawn seasonal update quadrant, the developers of MMORPG EVE Online have released a very important update that brings major changes to the mechanics of mining. This is an important step towards redefining resource extraction, which consists of a whole set of solutions. CCP Games’ original plan was met with some controversy by the community, which even led to a protest. Therefore, in the final version of the changes, the developers took into account the opinions of the players.

All mining ships have undergone significant rebalancing. Mining barges and Exhumers have received significant improvements in survivability and mining efficiency. Orca can now install new Large Industrial Core modules covering most of its previous mining capabilities, while significantly increasing the efficiency boosting ability of other mining ships in the fleet. And the characteristics of the Rorqual have been balanced in such a way as to match the rest of the ships in this direction. The initial changes announced for Venture, Prospect, and Endurance were canceled following feedback consideration, maintaining the flexible and well-established role they already play in the various professions of New Eden.

Mining resources of all kinds have been doubled in every direction, from asteroid belts to ice, gas sites and lunar mining, giving players more options than ever before to pursue their prosperous fate among the stars. In addition, all standard Refining skills (with the exception of Moon Ore Refining) have been merged into new skills, spanning six new “levels” into which all non-Moon Ore has been reorganized, simplifying the processing steps. Skill points, as well as suits for previous crafting skills, are refunded to each character from whom they were trained.

The new levels are as follows:

Crystals for mining ore have also been completely refined. 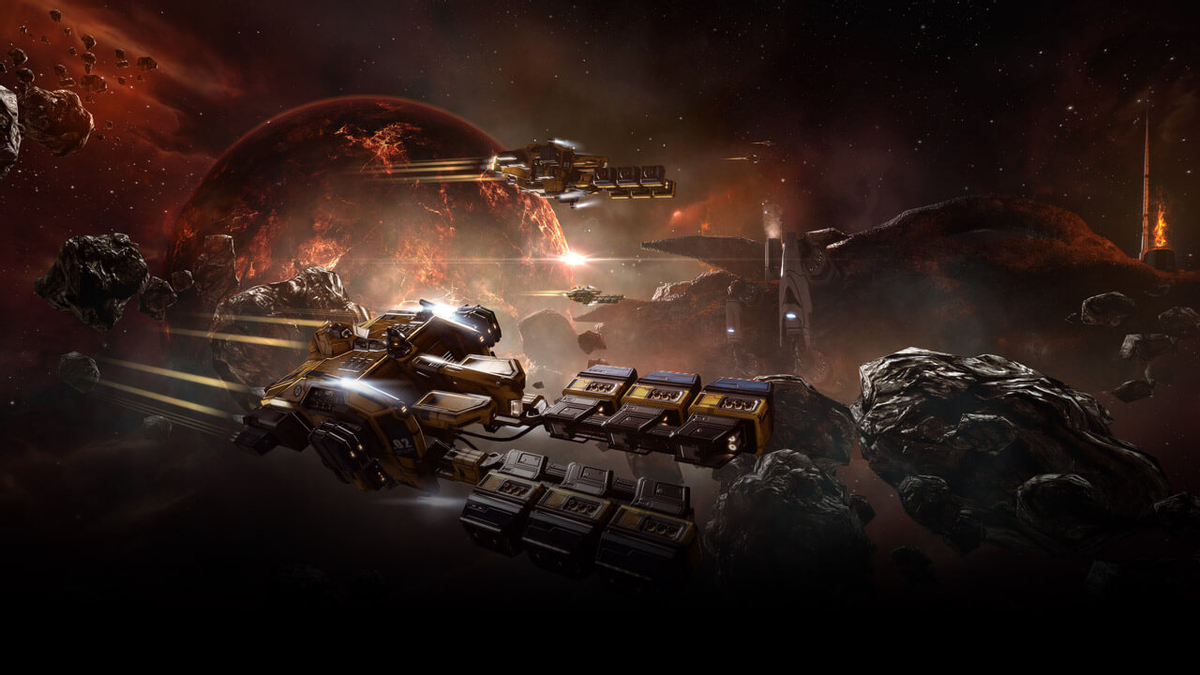 Added new drilling waste mechanics. It adds a chance to destroy a resource unit from the source itself (never diminishing your actual production in each cycle) to every module and drone capable of collecting ore, ice or gas. Combined with the doubling of resources across the game, the generation of waste provides a net increase in the total amount of resources harvested, while simultaneously setting the stage for more dynamic resource allocation mechanics in the future. The original formula for this new aspect of the industry has been updated following player feedback and testing, providing an intuitive and fair example of which types of modules and drones have a lower or higher chance of generating waste.

Finally, plans to upgrade compression, which heavily involve Orca and Rorqual, have been delayed until early 2022 to ensure that all changes are carefully evaluated and have a positive impact on the gameplay. Until then, compression will continue to work as it does now.

The community played an important role in the renewal of resource extraction, which insisted on adjusting the original plans of CCP Games. You can view all the changes in the patch on the EVE Online website.

Spider-Man 3: No Way Home starring Tobey Maguire surprised how long he’ll be in the movie
Recent Posts
You may also like